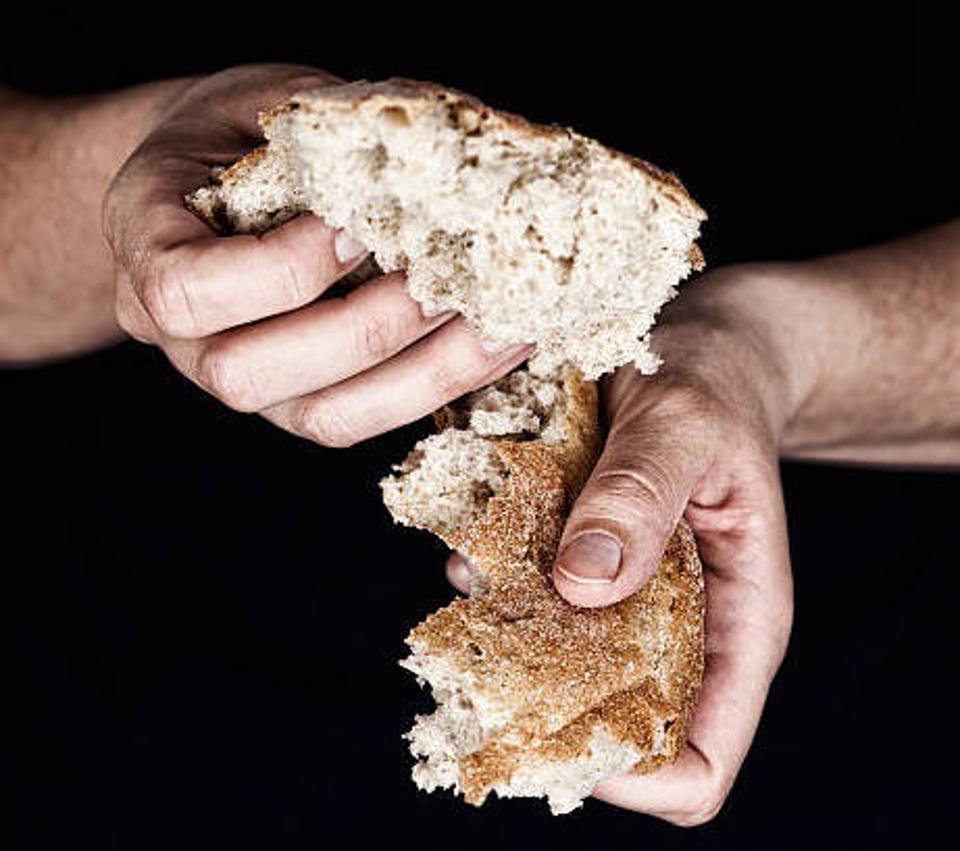 Professor Jose Luis Vivero-Pol has a PhD from the Catholic University of Louvain. He is an anti-hunger and social rights activist with fourteen years of experience on food security policies and programs. An agricultural engineer by profession, his current interests include the ethical, legal, and political dimensions of the transition toward fairer and more sustainable food systems, the governance of global commons, and the motivations for biodiversity conservation and anti-hunger actions. He is an editor of the Routledge Handbook of Food as a Commons.

Errol Schweizer: What do you mean by “commons”? How and where did this concept originate?

Jose Luis Vivero-Pol: It’s a collective way of managing a resource. So you have a resource, you have a community that is managing that resource and you have the governance. The governing mechanism is doing things together and doing things together is commoning. The resource is essential for the entire community. Everybody should have a stake in the management of that resource.

ES: What is wrong with Garrett Hardin’s Tragedy of the Commons?

JV: Garrett Hardin was just talking about a very specific problem that we often see, but is not particularly a commons because a commons is an organized way of managing a resource. What Garrett Hardin was referring to was a non-organized way of managing a resource. It was a thought experiment about a bunch of free riders without any social restriction. Elinor Ostrom has an iconic book, Governing the Commons. She was the first woman economist who was awarded the Nobel Prize because of her extensive research about a particular set of commons called common-pool resources. Her entire life was devoted to debunking and demonstrating how wrong Garett Hardin was. 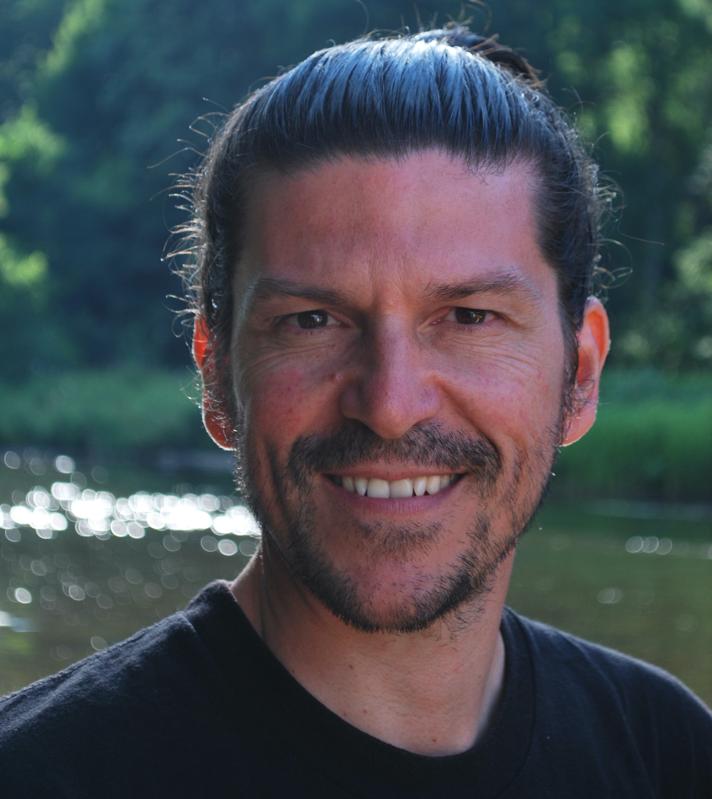 ES: What are some commons in everyday life that we might take for granted?

JV: The first one is the food commons. Cooking recipes is shared knowledge. We have no intellectual property rights, no patents, even the famous cooks everywhere in the world are always open to share their recipes. It’s an accumulated knowledge that we have received from our mothers and grandmothers and from previous generations. Then, of course, Wikipedia. Everybody knows that Wikipedia has already really replaced the famous British Encyclopedia. And Wikipedia is non-profit because it’s based on a network of committed people working for free just to enlighten humankind.

Half of the entire African continent is managed as a commons. In many tribal societies in Latin American, in Africa, in Asia,  they still share resources, they govern forests as a commons, fish stocks, coastlands, seafood, etc. as a commons. And also, of course, the wild berries that you can find throughout the United States. The mushrooms, the wild asparagus, the fish in the rivers, etc. 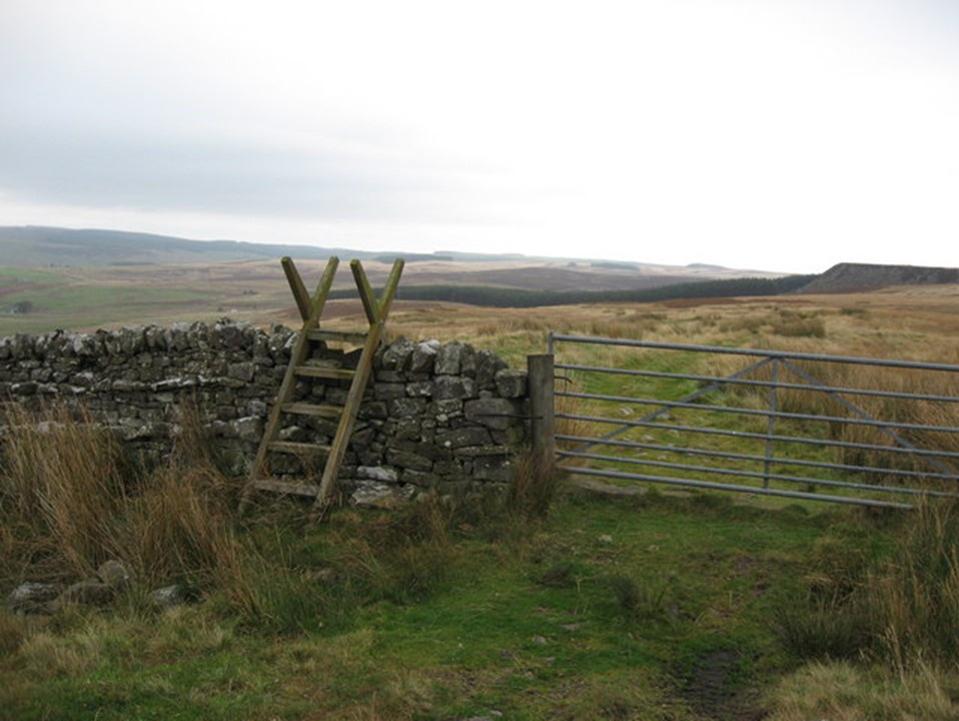 A pastureland in Wether Hill (Northumberland, UK) managed as a commons for more than 3000 years. JOSE LUIS VIVERO-POL, CREATIVE COMMONS

ES: How would a food commons be different from our current food system that treats all food as commodities?

JV: So food is first and foremost an essential resource for everybody. That essential-ness is one of the key pillars for my approach to the commons. Also, food is, legally speaking, a human right. Food is also a cultural determinant. But food is also relevant as a medicine, it’s relevant for religious purposes. And food is also, of course, a tradable good. Food can also be a commodity. A commodity means a good that’s traded in a market with a monetary value, the value in exchange. Treating food as a commodity means that only one dimension- the dimension where it can be priced, it can be monetized- that dimension is the only one that is relevant. Food as a commons can value all of those dimensions, including the tradable dimension. Therefore there should be other mechanisms other than the market that could enable us to distribute food for everybody.

Because in the world right now we produce enough food to feed at least 10 billion people. We have 780 million officially hungry people according to the FAO WHO Report. We have more than 3 billion people who cannot afford healthy food, have a healthy diet. We have more than 2 billion people that are officially malnourished, which means they are either undernourished, underweight, or they are overweight or obese. So we’re producing enough food- what’s the problem? The problem is that only through market mechanisms we are distributing food. Therefore if you don’t have money, if you don’t have enough of what they call “purchasing power” you cannot get access to food. And therefore you are food insecure, you are hungry, you are malnourished. So what I’m trying to shift is the entire framing of food from being a commodity to being a commons and a public good and a human right. 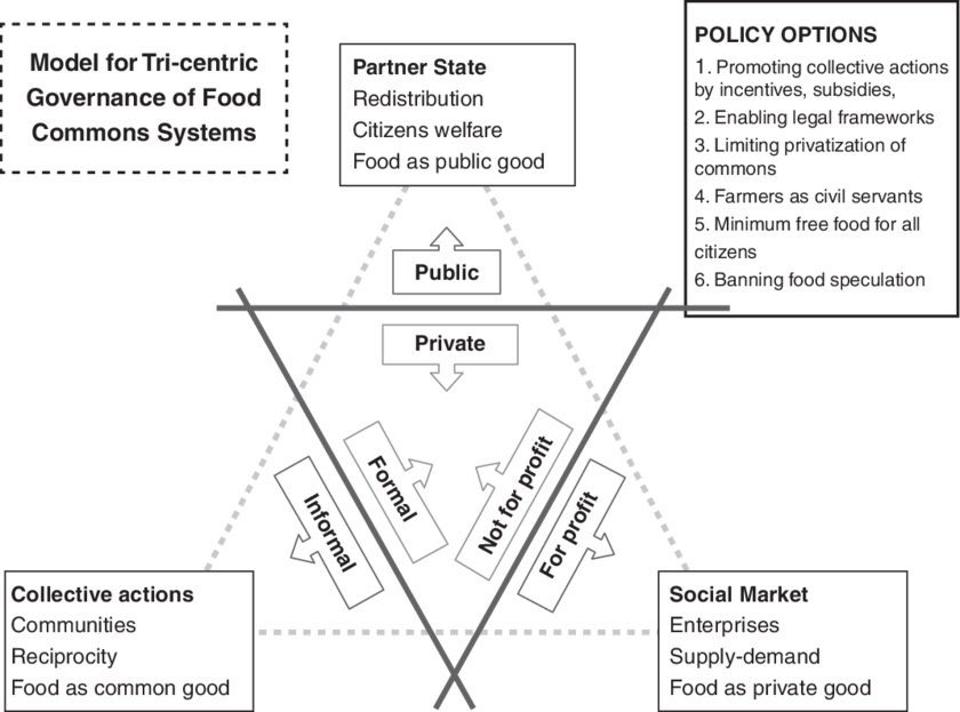 ES: How do market relations interfere with or intersect with commoning?

JV: Everything related to markets is a social construct, an agreement in our societies. We should have a different kind of state and a different kind of market. A state that gives more freedom to the people. Not having so much command and control. Instead, more enabling or partnering states. Mariana Mazzucato already has a book on that. There are 100 billionaires and now they own more than the poorest half of the world. That means that we need to have a different type of market. Let’s say, exchanging things for profit is fine. But we need to have limitations. Limitations that are agreed upon and provided by the society because the markets cannot be dis-embedded from societies, because the markets are a tool to serve the society. 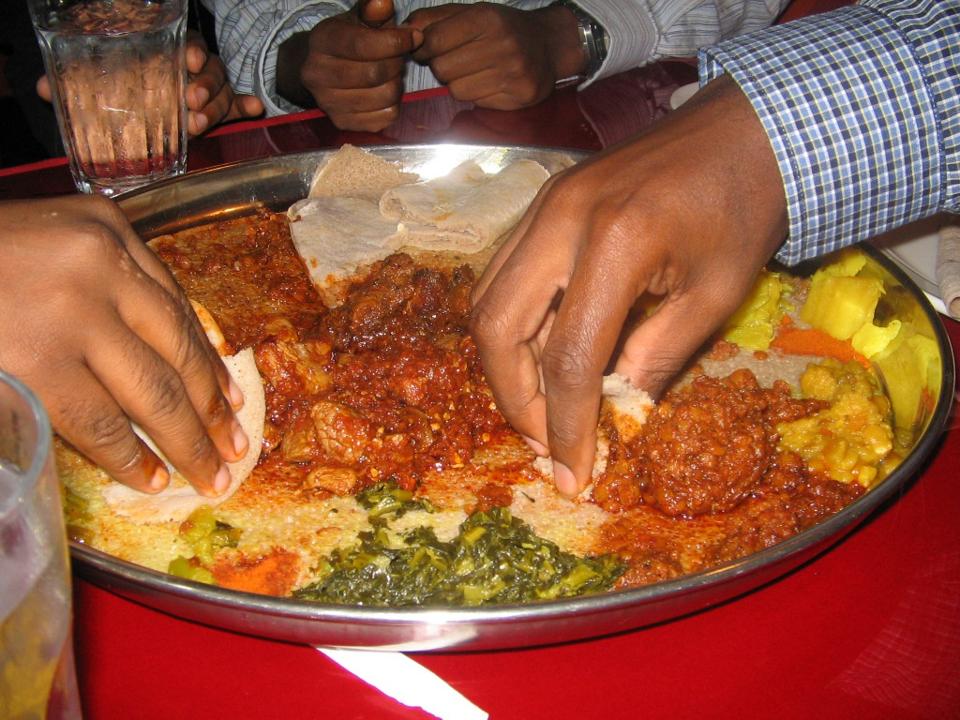 ES: Why should we prefer a food commons in terms of production and distribution of food over our current commodity system?

JV: A food commons system is related to food justice, food democracy, food sovereignty, agroecology, and gives more power in the food system to the people, to the producers, and to the eaters. With a food commons there is an enabling state, and a more fair and more social market. Also, with a food commons system, you will have more space for people to do things, producing themselves. Now there are a lot of food safety regulations that really deter people from sharing or selling food. This hyper-regulation basically only benefits the big corporation because they can fulfill the technical requirements. Also, food councils are mushrooming all over the States. The food councils are a political manifestation of the food commons approach. Or public bakeries. Why don’t we have public bakeries where everybody could be entitled to a loaf of bread?

JV: Daily bread! One per person per day. Why not?

ES: As long as it’s also gluten-free I’m in.

JV: As a symbolic approach to realizing the right to food to everybody, you would guarantee that everybody would have at least per day minimum access to bread. You could go to that public bakery if you want. If you don’t want, you could go to a private bakery and you could buy a different type of bread.

ES: So, it’s a guaranteed right to food.

JV: That’s it. It a guarantee. It’s a minimum. Food commons have been found throughout history, and human beings have been managing food as a commons for at least 250 thousand years.

Food is not like any other commodity. Food is essential for every living being every day. Everybody has to eat. Nature provides food for everybody. We have organized our societies in such a way that we have created scarcity, that unless you have the money you can’t eat. Well, that’s not fair. We need to start thinking differently, valuing food differently, and have a stronger hand in the way that the food systems are organized.

previousCompanies Are Battling Burnout By Giving Employees More Vacation Days—But Will They Take Them?

nextMalta | Increase in hotel bookings for July and August