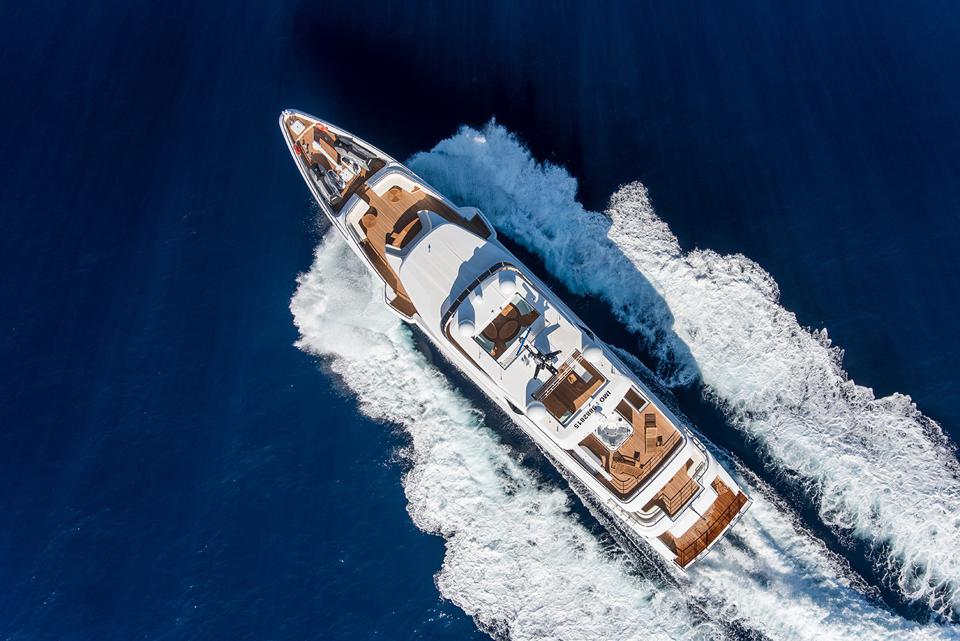 The process of selling a yacht in the traditional way can take months, during which time the costs of maintenance fall on the owner. A small number of companies are hoping that blockchain technologies can change that and speed up the process of exchanging assets by, for example, using cryptocurrencies to purchase a yacht.

Cryptocurrencies have a bit of a murky reputation but some figureheads in the yachting industry believe they’ll have a part to play in the future of yacht sales. There are already a few examples of successful deals. In late 2020, a combination of US dollars and Bitcoin was used to purchase a 52-foot Lagoon catamaran in Fort Lauderdale. The deal was brokered through Denison Yachting, which opened the Bitcoin option following requests from “several customers.” At the time, Bob Denison, president of Denison Yacht Sales, said: “Bitcoin does a lot of things that are really unique in terms of efficiencies. It’s just a matter of time before someone from the target market buys a boat with Bitcoin.”

Hoping to emulate this success, Sovereign Yacht Sales, is selling a $25 million Majesty 140 yacht in a similar way. Awarded the accolade of NBC ‘Best in show’ in the Fort Lauderdale International Boat Show in 2012, the striking tri-deck yacht is praised for its elegant exterior and interior design and innovative features, including its modern ‘beach club.’ The sale will be facilitated through luxury asset management platform Idoneus, a luxury asset management platform which aims to “change the way luxury assets are exchanged.” Blockchain and digital identity expert Dr Neil Pennington, who has held senior roles at PwC, IBM and RWE, among other blockchain businesses, has assumed the role of senior advisor on strategy & innovation at Idoneus, so great is his belief in the company. “Think of blockchain as a technology (much like a wallet or a ledger) that stores data and uses digital tokens (cryptocurrency) to process transactions and transfer value,” he says. “Idoneus uses blockchain to solve several challenges including verifying the identity of those involved in a transaction (reducing risk for fraud), recording transactions using smart contracts which solves risks associated with the use of multiple currencies, and eliminates additional costs of third parties by enabling peer-to-peer direct transactions for the sale of assets, goods and services.”

As well as potentially speeding up transactions, the technology enables buyers to purchase using myriad assets – such as a combination of physical assets, cash and cryptocurrencies, which are processed through the platform. The process is also touted as being highly secure, therefore potentially eliminating the risk of fraud.

Speaking of the decision to entrust the sale of the yacht to Idoneus, Greg Terraglio, owner of Sovereign Yacht Sales, says: “Listing on the Idoneus platform exposes the Majesty luxury brand to a global market of confirmed, qualified and capable buyers. One of the valuable components of working with Idoneus is that as a Swiss regulated firm, they have access to many potential buyers who have completed a three-tier KYC/AML process already. These buyers are qualified before owning the IDON cryptocurrency and becoming a potential purchaser of one of our yachts.” As well as Majesty 140, the Idoneus asset portfolio, which can be browsed like an online marketplace, includes an array of luxury goods, including diamonds, jewellery, artworks, timepieces, and even properties.

Such technology is relatively new in the yachting arena, so it remains to be seen how quickly the industry’s major players will embrace it, if at all. But with the Covid-19 pandemic forcing luxury shopping online, it is possible that, with the correct due diligence checks in place, we could see an increased uptake in such digital tech in the not-too-distant future. Watch this space.