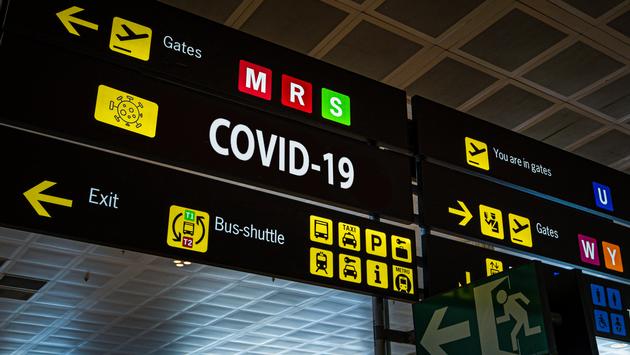 Information panel at an international airport. (photo via Tanaonte / iStock / Getty Images Plus)

While the overall numbers increased, international overnight tourist arrivals were still 72 percent below the pre-pandemic year of 2019. The massive drop was up one percent from the 73 percent decrease in arrivals registered in 2020.

The UNWTO said the full impact of the Omicron variant and surge in COVID-19 cases has yet to be seen, but the rising vaccination rates and easing of travel restrictions have all helped release pent-up demand.

Europe and the Americas recorded the strongest results in 2021 compared to 2020, recording 19 percent and 17 percent increases, respectively. Data showed both are still around 63 percent below pre-pandemic levels.

The Caribbean saw the best subregion performance, climbing 63 percent compared to 2020, while Southern Mediterranean Europe jumped 57 percent and Central America climbed 54 percent. All remain down considerably from 2019 numbers, though.

As for the economic contribution in 2021 measured in tourism direct gross domestic product, the estimated $1.9 trillion in spending was an increase from the $1.6 trillion recorded in 2020, but down from the $3.5 trillion spent in 2109.

The UNWTO Panel of Experts also unveiled its outlook for 2022, with 61 percent of tourism professionals seeing better prospects for 2022. While 58 percent expect a rebound in 2022—mostly during the third quarter—42 percent point to a potential rebound only in 2023.

Around 64 percent of experts now expect international arrivals to return to 2019 levels only in 2024 or later, up from the 45 percent who said the same during the September survey.

nextFrance to ease COVID-19 Restrictions except for Unvaccinated