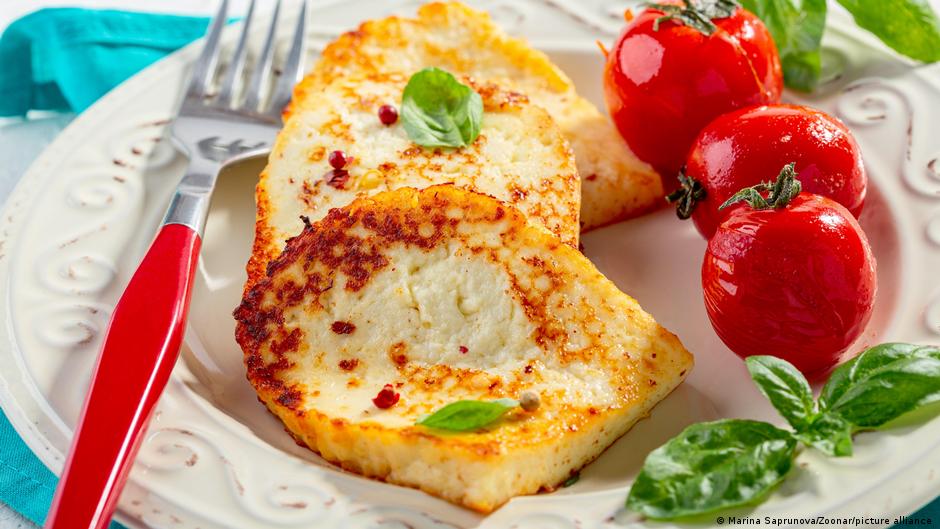 Halloumi, a traditional Cypriot cheese known as hellim in Turkish, is to be entered into the EU’s coveted register of Protected Designations of Origins. Halloumi is the island’s biggest export, earning a record €250 million in 2020

Cyprus on Tuesday welcomed a European Union decision to recognize halloumi cheese as a product unique to the divided eastern Mediterranean island.

The special status guarantees that only Cypriot-made halloumi, known as hellim in Turkish, can be marketed abroad under these names.

Cypriot President Nicos Anastasiades in a tweet hailed a “milestone day for #Halloumi/ #Hellim and our country.”

The prized cheese now has “a shield of protection,” Anastasiades wrote.

The designation, which was agreed by EU member states last week, will be formally adopted and published by mid-April, an EU spokeswoman told the AFP news agency on Tuesday.

“This is a historic achievement for Cyprus,” crowning “years of efforts,” said EU Health Commissioner Stella Kyriakides, herself a Cypriot.

The move is also intended to promote unity on the long-divided island.

The salty cheese, which is often charred or barbecued, is the country’s top food export.

The international market for the cheese has grown into a €224-million ($267-million) market, Cypriot Agriculture Minister Costas Kadis said. Can cheese unite a divided nation?

The Protected Designation of Origins application covers producers across the whole island, including both Greek Cypriots and Turkish Cypriots. The number one export from Cyprus, halloumi and hellim can also be grilled or barbecued

Cyprus has been divided since Turkey invaded and occupied its northern third in 1974 in reaction to a Greek-engineered coup aiming to annex the island.

A separate, international body will carry out health and safety checks on both Greek Cypriot and Turkish Cypriot producers.

Turkish Cypriot hellim that meets quality, health and safety standards will be able to cross the 180-kilometer (120-mile) United Nations buffer zone separating the two sides of the island under an existing trade and export agreement.