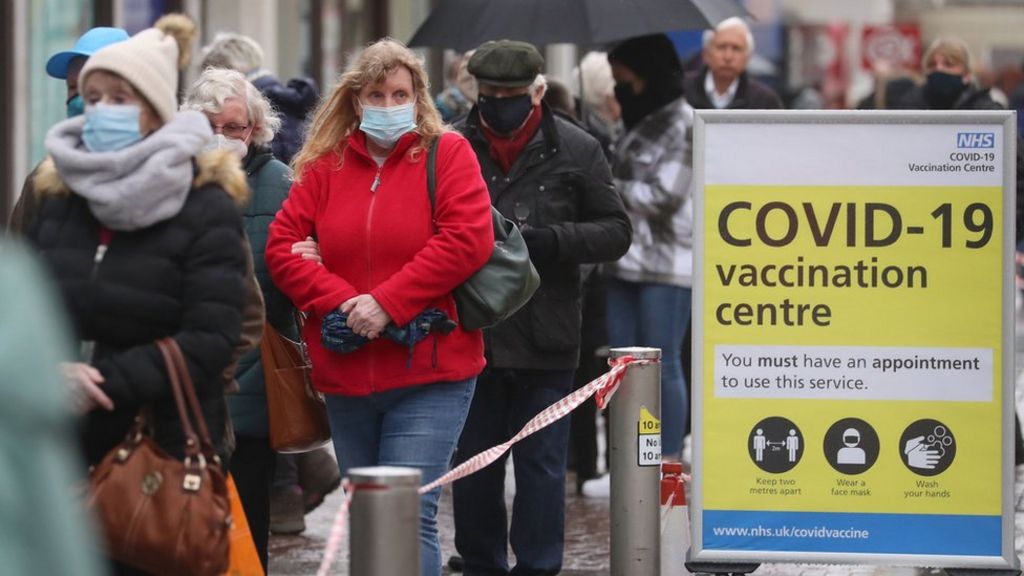 Britain will pass the threshold for herd immunity on Monday, according to dynamic modelling by University College London (UCL), placing more pressure on the Government to move faster in releasing restrictions.

According to the UCL results, published this week, the number of people who have protection against the virus either through vaccination or previous infection will hit 73.4 per cent on April 12 – enough to tip the country into herd immunity.

The number is in stark contrast to the modelling released by Imperial College this week, which suggested there was just 34 per cent protection by the end of March.

Last week, antibody testing by the Office for National Statistics (ONS) suggested that, in the week ending March 14, around 54 per cent of people in England already had antibodies to the virus, and slightly less in the devolved nations.

Since then, a further 7.1 million people have received a first dose of vaccine and nearly 100,000 have tested positive for the virus, with many more acquiring a silent, asymptomatic infection.

It is thought about one in 10 people also have some innate immunity through infections with other coronaviruses – pushing population-level protection up further – while others may be immune through T-cells, which would not be picked up in antibody testing.

Prof Karl Friston, of UCL, said: “The herd immunity estimates surprised me. However, they are unremarkable when one considers that over 50 per cent of adults have been vaccinated, around 42 per cent of people have now been exposed to the virus and about 10 per cet have pre-existing immunity.

“When factoring in the estimated efficacy of vaccination in terms of sterilising immunity, this – according to the model – means about 70 per cent of the population are immune.

“Based upon contact rates at the beginning of the pandemic and estimated transmission risk, this is nearly at the herd immunity threshold.”

The model also suggests that, in the coming months, the threshold level needed for herd immunity will drop dramatically, with Britain needing just 40 per cent protection by the middle of the summer to be safe.

The work by UCL differs from other models because it reacts quickly to real-time deaths, infections, vaccinations, vaccine effectiveness data, hospital admissions and Google mobility trends, which inform transmission trends and the ‘R’ rate, which it currently estimates to be 1.12.

Despite the ‘R’ being above one, it predicts that deaths will continue to fall to low levels by May 24 and stay there, with no summer spike forecast.

Modellers say their “most likely” scenarios contrast with the SPI-M projections of “reasonable worst-case scenarios” and are more optimistic about the pandemic.

“Generally, the most likely predictions of mitigated responses, i.e. what is likely to happen, are more optimistic than worst-case projections of unmitigated responses – i.e. what could happen,” the researchers said. The team also published the code of their model so that it can be checked.

The Telegraph understands that the Government is unhappy with the pessimistic tone set by models produced by SPI-M, released earlier this week, and has asked other groups to critique the work. The SPI-M summary, presented to Sage, suggested the roadmap out of lockdown was “highly likely” to lead to increased hospital cases and deaths this summer.

The models were criticised for using out of date and flawed assumptions about levels of population immunity and effectiveness of the vaccine as well as failing to factor in reductions in transmission due to vaccination and seasonality.

Prof Carl Heneghan, director of the Centre for Evidence Based Medicine at Oxford University, said: “In my 20-plus years as a doctor, I’ve never come across a summer surge in a respiratory infection in the UK. The modelling now keeps changing dramatically, so it’s hard to see how it helps us. What we really want to do is look at the real-world data and make decisions from there.

“One of the problems is nobody is going back and checking whether the modelling matched up with the reality. We know that modelling in schools has not helped us because it was incorrect. So we need to have a reality check.”

Boris Johnson has confirmed that he will not deviate from the current roadmap despite warnings from scientific advisers that it would result in a third wave.

The Government also ignored dire predictions that reopening schools would trigger a spike of new infections, which did not come to pass.