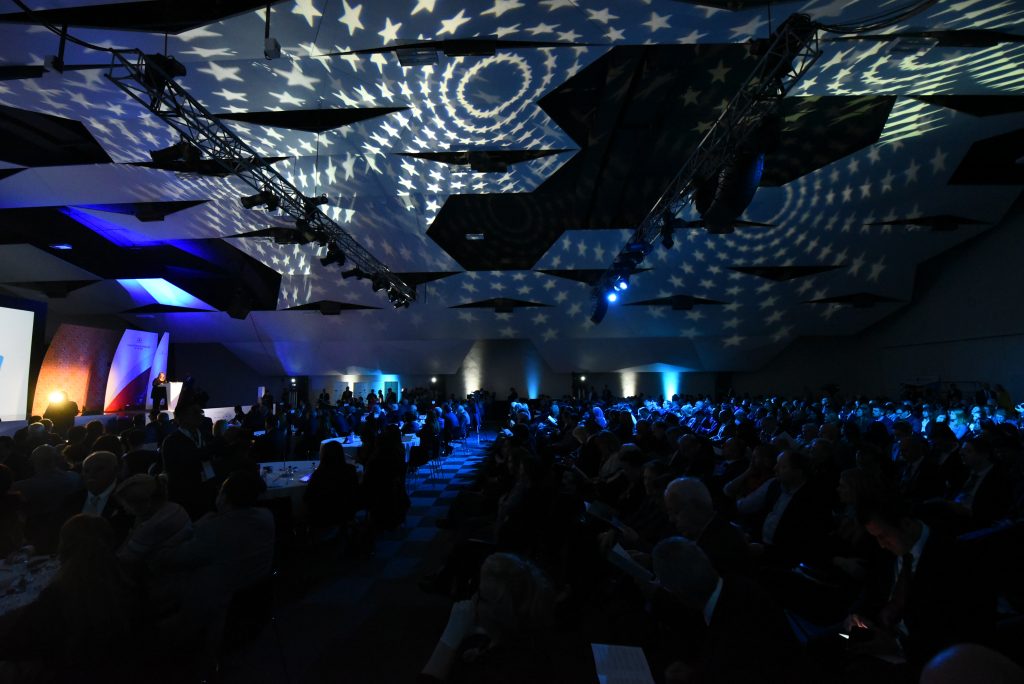 As official media partner of the 6th edition of Mediterranean Tourism Forum, the Mediterranean.Observer made sure to give you a rundown of what happened on the day. ‘I am proud that Malta is at the heart of such important endeavours, to promote strategies for tourism that prioritise sustainability. As an island nation in the centre of the Mediterranean Sea, Malta is very well acquainted with the importance of pursuing sustainable approaches, in a world that is undergoing rapid and far-reaching changes.’ After H.E., Hon. Konrad Mizzi, Minister of Tourism, Malta, took the stage to explain to the audience about the how tourism in Malta is a case of best practice, by sharing the great successes it has achieved over recent years. In his speech, he explained how Malta strives to become a leading country within the region, a leading business hub within the Mediterranean. ‘Tourism is not only a sector in itself but it is also a key enabler for business and friendships.’ After his Hon. Minister’s speech the conference opening show commenced, featuring traditionTurkishish performers, transfixing the audience with their hypnotic dance, prior to the viewing of video production that explained the concept behind this year’s theme of STARS (Sustainable Tourism Action & Renewable Strategies) for the 6th edition of the Mediterranean Tourism Forum. Past waves of globalization have offered lessons on how best to prepare Mediterranean people for the future of work, yet challenges still remain till this very day. As world leaders are now considering how to shape a new architecture for globalisation, the speakers presented a general outlook of global tourism trends and realities with a special focus on the Mediterranean region. Joseph Muscat, Prime Minister of Malta, was greeted onto the stage. He started off his speech by announcing to the audience, ‘It gives me much pleasure that this forum is aimed at looking for sustainable tourism actions and renewable strategies’. He expressed how globally we have reached a point were we are embracing the restlessness and using it as a drive. He proudly said that Malta is now the least seasonal island in the region, this is thanks to the strategies devised and to all stakeholders. ‘Malta is one of the most fast-growing economies in Europe’. He continued by explaining how Malta is keeping an eye on developing sectors – one of them being information technology specifically looking into the opportunities that Esport festivals offer. ‘I am very confident that together we will make more good things happen.’

The moderator, Jill Hellmann, then welcomed onto the stage to join her, Peter S. Greenberg, CBS News Travel Editor (USA), to discuss branding and promoting destinations. He stressed that you really need to know who is telling your story as a destination. Mr. Greensberg explained it is important to find someone who can present your destination in the most effective manner and to truly know who your audience is! Who are the decision makers when it comes to traveling? Who are those who seek to travel? The former Prime Minister of Italy and Mayor of Florence, Matteo Renzi, addressed the audience through a video message. Mr. Renzi is the lead presenter of a documentary film about Florence that has taken everywhere by storm. This is greatly due to having Florence shown from the eyes of someone who is not only an influential person but most importantly a citizen of the area, who knows all the ins and outs of the area so he could truly show the authentic experience of Florence.

The second installation of the forum continued with a panel discussing the decoding of the future of travel and the tourism experience. Jill Hellmann, was joined on the stage by Charles Mangion, Chairman of Air Malta, Vincenzo Poerio, President of the Tuscan Yachting Cluster and Former Benetti CEO (Italy), and Hamid Bentahar, President Accor Gestion (Morocco), on the panel. Charles Mangion highlighted that like this conference, Air Malta aims at enhancing connectivity within the region of the Mediterranean. Mr. Bentahar strikingly added onto Mr. Mangion’s statement that in today’s world ‘collaboration is the new innovation’. The third panel of the day discussed advancing towards a super smart tourism sector. As we all know, disruptive forces are re-shaping the Mediterranean region faster than ever before. Indeed, a new generation of entrepreneurs is creating a perennial gale of new economic forces, producing a new set of winners and losers. Nikoletta Kritikou, from Euronews (Greece), overtook the role of moderator for the final leg of the forum. She was joined on stage by Filip Boyen, CEO, of Forbes Travel Guide (Belgium) in order to discuss how to stay relevant to the affluent traveler.

Mr. Boyen highlighted how millennials and other future generations are more interested in the emotional experience when it comes to traveling and not in the materialism that is so close to heart to the post-war baby boomers who worked so hard for their businesses, homes and other materialistic items. Since they have easy access to the materialism that is offered by the world, they are more interested in the deeper experience that is found through travel. The final panel of the day discussed how to sustain and cope with tourism growth. As pointed out by Hon. Konrad Mizzi the good news is that tourism is growing, creating jobs and economic activity. On the panel, he was accompanied by Elena Kountoura, Minister of Tourism (Greece), Eva Stavs Podlogar, Tourism State Secretary (Slovenia), Frano Matusic, Tourism State Secretary (Croatia), Majlind Lazimi, Economic Advisor to the President of the Republic of Albania (Albania), Khaydhar Malik, President of the General Authority of Tourism (Libya) and special guest: Edmund Bartlett, Minister of Tourism of (Jamaica), that was moderated by Nikoletta Kritikou.

However, the challenge is that this growth can put pressure on destinations. If travelers spread out evenly across the planet, this influx would be relatively easy to absorb. Of course, in reality, this is not the case. With tourism in 2019 expected to keep growing across the Mediterranean region, challenges keep getting more complicated. HRH Princess Dana Firas, President of the Board of Directors of Petra National Trust and UNESCO Goodwill ambassador (Jordan) graced the stage to address the 6th edition of the Mediterranean Tourism Forum.

She explained how despite there are differences between Jordan and Malta, there are still similarities in language, for example, showing an interconnection between the two. As a region, the Mediterranean is connected through its history and other aspects, hence the importance of remaining as a united front. Tourism is a tool that can enable multiple things, such as the resurgence of lost places, the revival of cultures, the creation of jobs, and many more. She concluded her speech by stating that tourism is founded on the three Cs, these are culture, conservation, and communities. Mr Tony Zahra, the President of the Mediterranean Tourism Foundation, concluded the forum part of the conference. He thanked everyone who attended the forum and for sharing their ideas during the conference that is aimed at being action based and not where only discussions happen. nextBrexit - Keeping Businesses In The Unknown