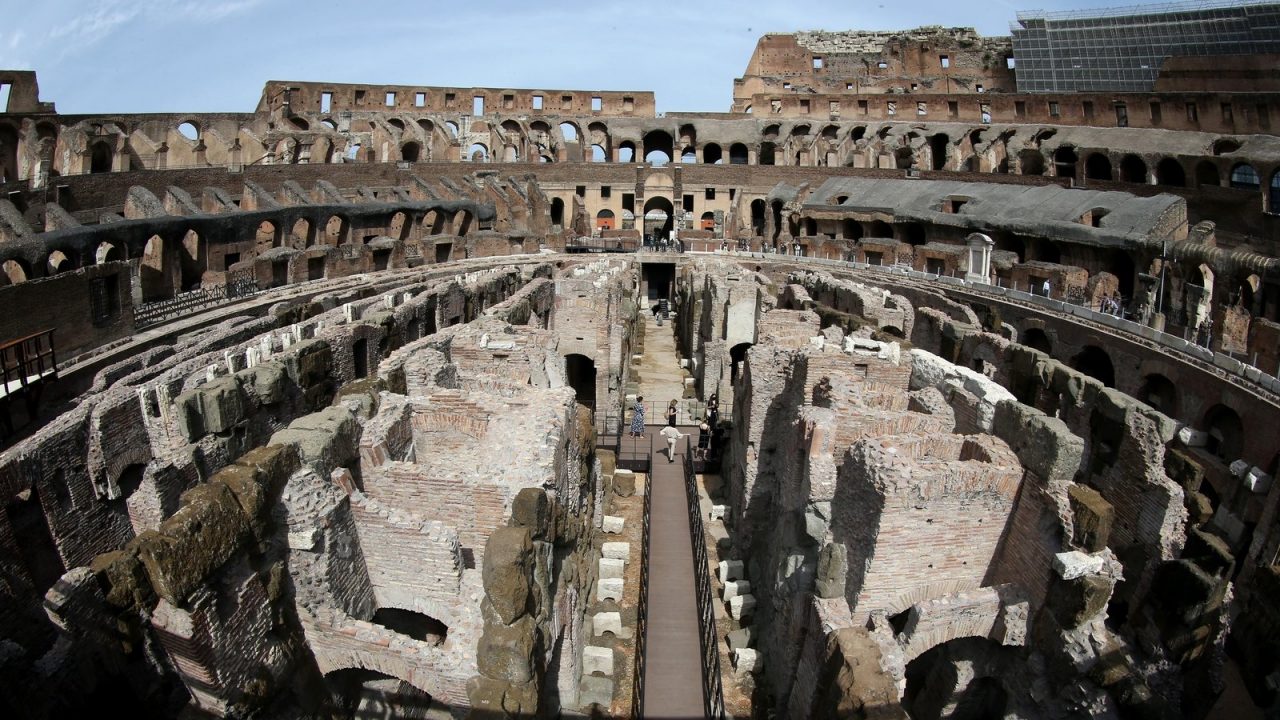 Hypogeum of 2,000-year-old monument – its ‘backstage’ – restored with walkways for visitors.

For the first time, visitors to the Colosseum in Rome can fully explore the underground tunnels and chambers where gladiators and wild animals once prepared for battle.

Spread across 15,000 square metres, the hypogeum of the 2,000-year-old monument is open to the public following the completion of a restoration project funded by the Italian fashion house Tod’s.

Although people have been able to descend into the hypogeum network – which lies beneath what was the amphitheatre’s arena and was invisible to spectators in ancient times – since 2010, they could enter only a small section. Now there are walkways allowing visitors to explore the tunnels and chambers.

Alfonsina Russo, the director of the Colosseum, said the hypogeum, which was originally excavated in the 19th century, was the true “backstage” of the amphitheatre.

“Today we are returning to the public a monument within a monument,” Russo said. “What emerged [from the project] is that the hypogeum had a 400-year-long history, from when the amphitheatre opened in AD80 to the final show in 523.”

She said the 15 restored corridors recounted “traces [of history] left over time”.

More than 80 archaeologists, architects and engineers were involved in the two-year project to “bring back to the centre of attention a monument that the whole world loves”, said Diego Della Valle, the chairman of Tod’s.

There was much criticism when Italy’s culture minister, Dario Franceschini, announced several public-private partnerships for the renovation of Rome’s monuments. The restoration of the hypogeum is the second part of a three-phase project on the Colosseum that began eight years ago and for which Tod’s has paid a total of €25m (£21m).

The first phase focused on a clean-up of the Colosseum’s facade, and the final part, expected to be completed in 2024, will involve restoring the galleries and lighting system as well as adding a new visitor centre.

“It’s right to have full public-private collaboration,” Franceschini said. “The project is really important and demonstrates how an Italian company, which exports all over the world, then invests back in its country to protect its artistic and cultural heritage.”

Meanwhile, a project to restore the floor of the Colosseum to its former glory is expected to be completed in 2023. The new, hi-tech stage, which could host cultural events, will be able to quickly cover or uncover the underground networks, allowing them to be protected from the rain or to be aired out.

In Roman times, crowds would fill the Colosseum to watch gladiators defeat animals including bears, tigers, elephants and rhinoceroses.

nextEU Tourism down by 61% during the COVID-19 Pandemic