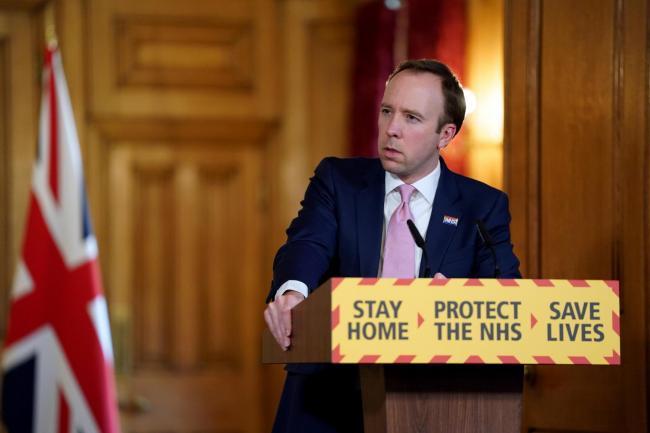 The UK Health Secretary has claimed the government has been “crystal clear” in its delivery of the messaging around the amber list, and reiterated its guidance that people should not holiday in amber list destinations.

Matt Hancock did not address the issue of the exemptions to the Foreign Office’s (FCDO) blanket advice against non-essential travel for island destinations in Greece and Spain when he said he and prime minister Boris Johnson had been “consistent” and in line with the traffic light lists.

Industry leaders have made clear that they will operate in line with the Foreign Office advice.

Speaking at this evening’s Downing Street briefing, Hancock failed to point out the difference between the FCDO list and the Department for Transport’s traffic light list, which determines the rules for people arriving from overseas into the UK, when he said: “We’ve been crystal clear that you should not go to an amber or red list country on holiday.”

He said examples of “exceptional circumstances” when travel to amber list destinations would be advisable include “visiting very ill family members” and “going to a funeral of somebody very close to you”.

Hancock added that the government has made 30,000 home visits to people who had arrived in the UK from amber list destinations to ensure they were abiding by self-isolation rules in the last week.

Earlier this week, he had told Parliament that people “should not travel to amber countries”, and Boris Johnson today told the Commons that destinations on the amber list are “not somewhere to go on holiday”.

Hancock told the briefing: “We have been really clear through this pandemic that there are some things that we’ve banned in law and some things we don’t recommend. We don’t have to ban everything.”

He added: “We’ve seen the public get it.”

Asked why those who are vaccinated against COVID-19 still had to test and isolate in line with traffic light restrictions, Hancock said most European countries have a higher infection rate than the UK and a “much more significant” rate of the South African variant of concern.

“That’s why we’ve chosen to put only Portugal out of mainland Europe on the green list. We take these decisions in order to protect the recovery at home.”

He added: “It’s a matter for the EU what their travel regulations are and I’ve seen the proposals from the EU… and we will work with them.

He said: “The traffic light system was signed off by the UK’s four chief medical officers to provide a safe framework for international travel based on different levels of risk in green, amber and red countries.

“The whole point of the framework is to allow people to make their own decisions about whether to travel or not, confident in the knowledge that it would be safe.

“It is simply unacceptable for some ministers and officials to seek to discourage international travel, based on their own interpretations of government policy.

“Comments like these undermine consumer confidence and risk stifling the recovery of one of the UK’s most valuable sectors.”

Flight Centre’s head of product and marketing for leisure travel, Yvonne Hobden, said recent government comments “highlight the lack of clarity and cohesion suffered by the travel industry for over a year”.

She added: “This statement means travel agents, such as Flight Centre, are currently booking trips to destinations on the amber list in line with guidance from the Foreign Office (FCDO), but in direct contrast to the advice of the Department for Transport.” previousEU court rules against state aid for KLM and TAP