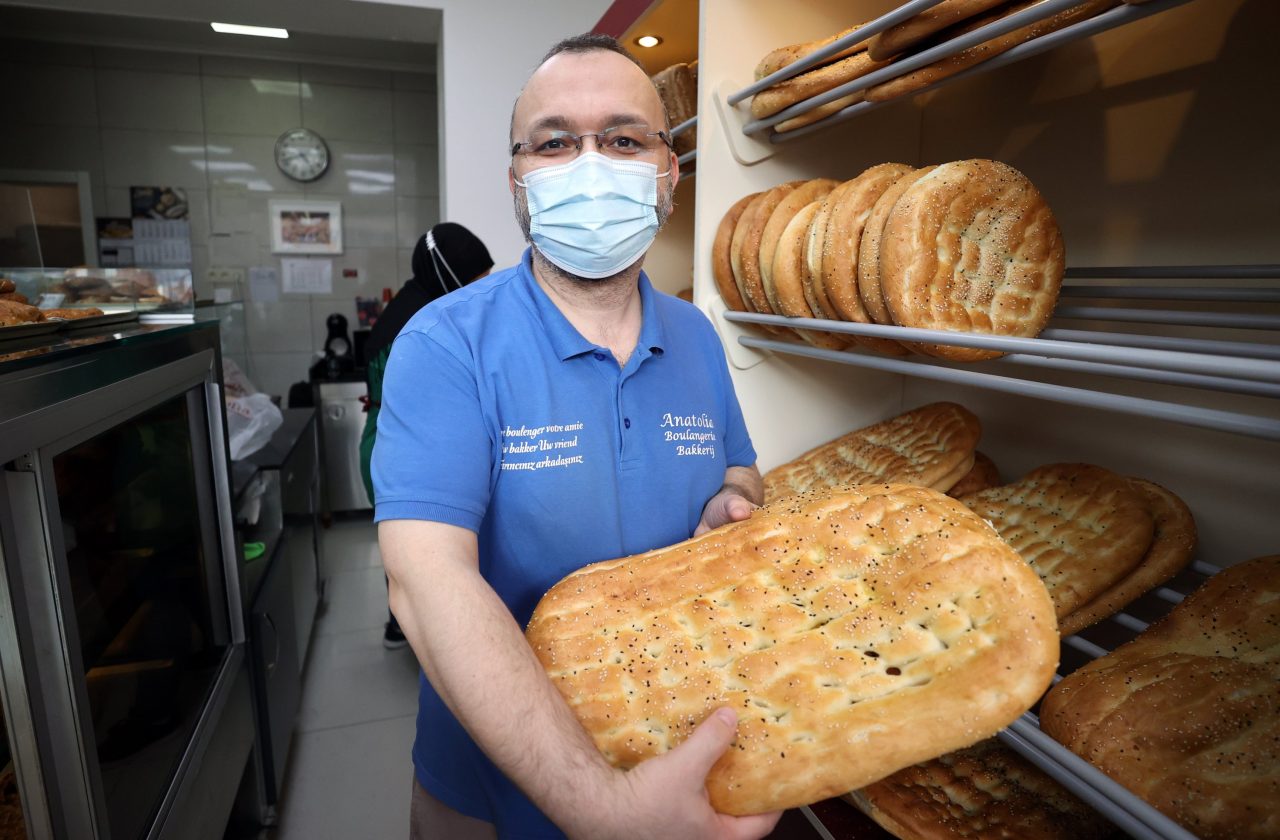 A Turkish bakery owner in Belgium’s Brussels has been practicing the Ottoman tradition “askıda ekmek” by distributing bread free of charge to anyone in need during the month of Ramadan.

Seçkin Dikmen, who owns a bakery in the Evere region in Brussels, first started to practice askıda ekmek, which literally means hanging bread, three years ago with the help of philanthropists. Dikmen said that he wants everyone, regardless of their cultural, racial or ethnic background, to benefit from this act of kindness and sharing.

“We distribute pides, flat bread commonly baked in Ramadan, and breads free of charge to all our customers, they really like that campaign. I believe we touch people’s hearts.” He said.

The Turkish baker has been distributing about 300 bread and Ramadan pides each day since the month of Ramadan started.

Dikmen said that what he aims for is first helping people and then encouraging other people to do so. He also found askıda ekmek important because of its roots in Ottoman Empire. “We need to keep this legacy of the Ottoman Empire alive today,” he said.

Even though the tradition of askıda ekmek dated back to the Ottoman era, it is still widely practiced in Turkish cities.

The tradition based on a charity cycle in which both giver and receiver stay invisible to each other. Anyone who goes to a bakery can give extra money to be used for askıda ekmek. Later on, the bakery owner puts loaves of bread made with the money he receives in a bag on the door of the bakery. Anyone in need can come and take as much bread as he or she wants.

Ottomans aimed to create a charity system between people and not to hurt the feelings of anyone in need of taking charity.

previousRuins, gods and cats: Rome's 'Area Sacra' to be renovated