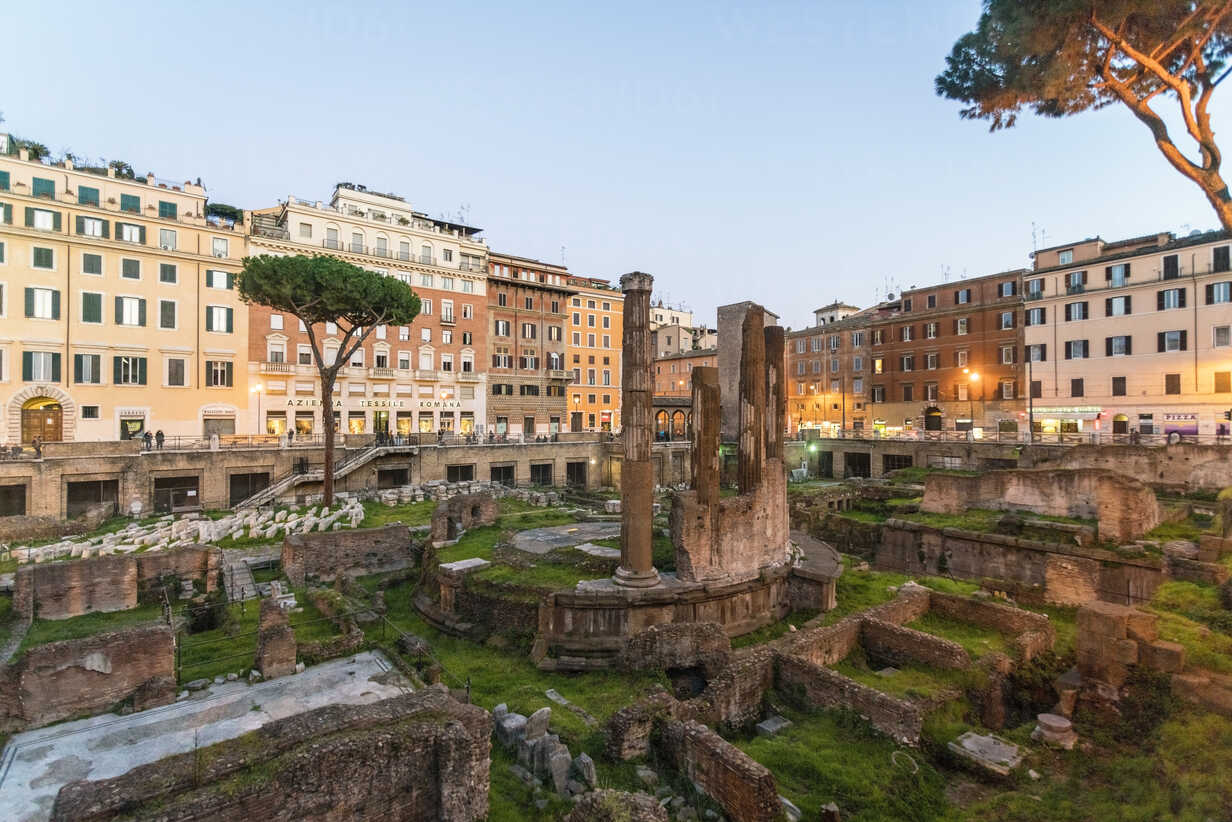 The historic site that has housed Rome’s stray cats for years will get a facelift to attract more tourists. Can myths and felines be the Eternal City’s next double attraction?

For years, the Largo di Torre Argentina has stood at the crossroads of Rome’s city center, often overshadowed by its more famous neighbors such as the Pantheon, Trastevere or the Roman Forum.

Yet, like many of the Eternal City’s architectural wonders, it has its own storied past.

The site houses the ruins of four Roman temples from the Republican period that spanned the 4th to the 1st century BC. And more famously, it is where Roman general and statesman Gaius Julius Caesar was stabbed 23 times on the Ides of March in 44 BC.

On Wednesday Rome’s mayor, Virginia Raggi, announced that the city will conduct extensive restoration work on the site with the aim of attracting tourists when post-pandemic travel becomes possible again.

Expected to last a year, the project is co-financed by the Italian fashion company Bulgari, which also previously sponsored the restoration of Rome’s Spanish Steps and an intricate mosaic floor within the Baths of Caracalla.

From sacred area to feline haven

The Largo di Torre Argentina stands on the site of the old Campus Martius or Field of Mars — a site named for the mythological god of war and where the Roman army used to train. The four temples are said to have been built by generals and were dedicated to different gods who were believed to have aided them in their victories on the battlefield. Hence, the reference to this area as sacred.

The square’s name though has no connection to the South American country but to the French city of Strasbourg, whose Latin name was Argentoratum. In the 15th century, the Papal Master of Ceremonies was a Strasbourg native, Johannes Burckhardt, who christened the tower — or torre — near the square after himself. Thus, the square and later the excavated archaeological site bear the name Torre Argentina.

Over the centuries, the site saw extensive building projects, including the Pantheon and the Theater of Pompeii — a sprawling complex of gardens, a temple and the Roman Senate where Caesar was slain.

All of these were uncovered in 1926 in an urban planning project when demolished medieval houses revealed the ancient Roman ruins underneath. Since then, it has been an excavation site.

However, the ruins attracted more than just archaeologists and history buffs. The city’s stray cats came to claim it for their own over the years, in the process becoming tourist magnets themselves.

Feline fans who fed and cared for them eventually founded the non-profit Torre Argentina Cat Sanctuary in 1993. Run by volunteers, this no-kill shelter conducts sterilization and adoption programs besides offering shelter to wounded or old cats.

In 2012, the shelter faced calls for closure when archaeologists demanded that the sanctuary be removed to protect the ruins. Over 30,000 people signed a petition to retain the sanctuary, which runs to this day on donations and the goodwill of cat lovers.

The city has said that the upcoming works would not affect the area “where the historic feline colony of Largo Argentina is housed.”

Walking among vestiges of history
Work on the Largo Argentina archaeological site will begin next month. Elevated and lit walkways, footpaths, an elevator, and a covered exhibition area will be added to the site.

This means that tourists will be able to enter the sunken site, which till now can only be viewed from street level.

“With this work, we’ll begin entering into the area and… walk among the vestiges of our history,” said Raggi. previous‘We have to be a Covid-free island’: Tourism to resume in Greece’s Kea

nextTurkish tradition of free bread for Ramadan revived in Belgium