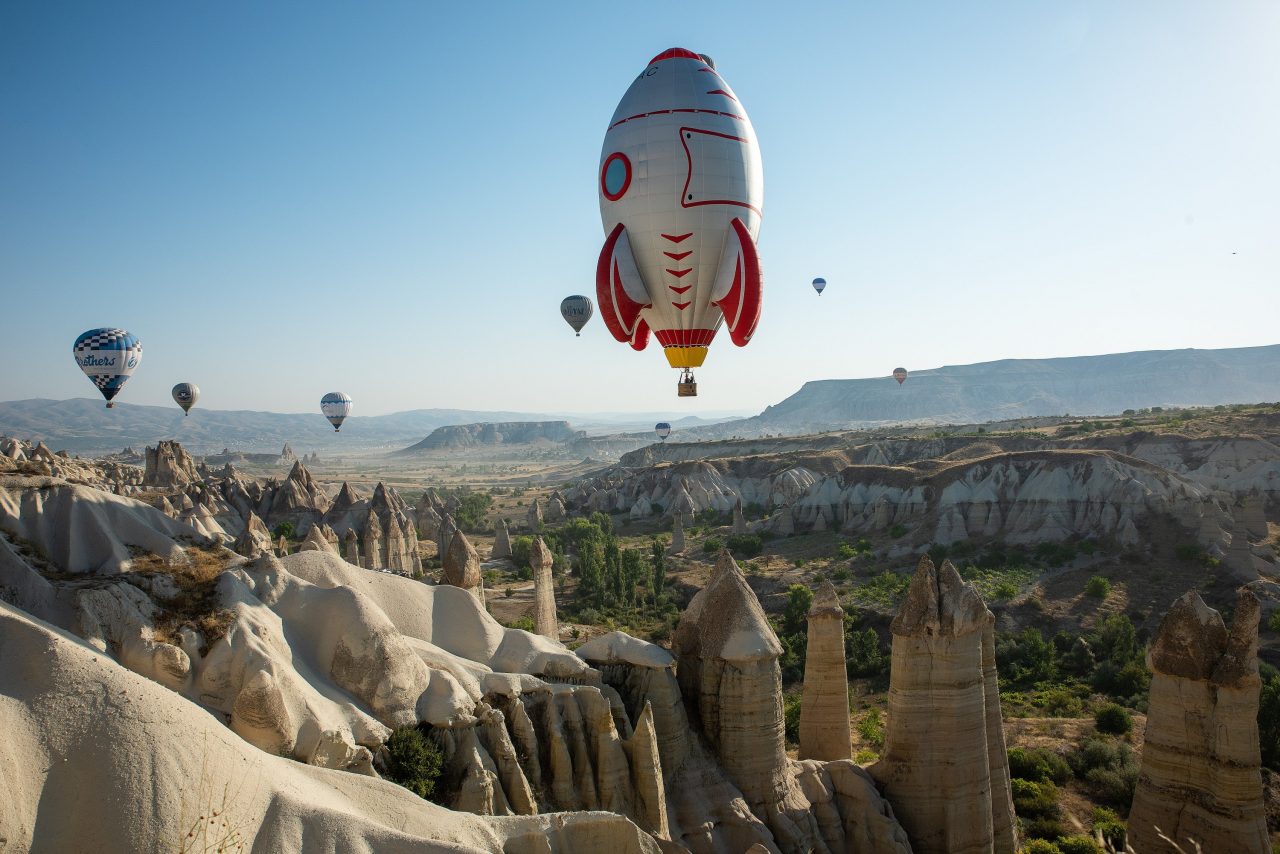 Dozens of hot air balloons have brightened up the skies above Cappadocia, a charming touristic hub famed for its fairy chimney. This marks the second edition of the international festival, which has been organized by Pasha Balloons, one of the hot air balloon companies operating in the country’s central Nevşehir province.

Chairman of Pasha Balloons Halis Aydoğan said that besides local hot air balloons pilots in the region, some others from Spain and Portugal are also participating in the festival.

“There is quite a lot of interest. We expect the festival to continue in the best way possible for three days. Cappadocia is the place where the most balloon flights take place in the world,” Aydoğan added.

In 2022, he said, they aim to hold the festival with more participation from abroad. Nida Olçar, who traveled from the western Kütahya province to participate in the event, said she enjoyed watching the mesmerizing image that the balloons created in the sky.

The festival will continue with an evening concert and a light show of hot air balloons.

Cappadocia is one of Turkey’s UNESCO World Heritage sites and is famous for its chimney rocks, hot air balloon trips, underground cities and boutique hotels carved into the rocks. It is one of Turkey’s most important touristic regions.