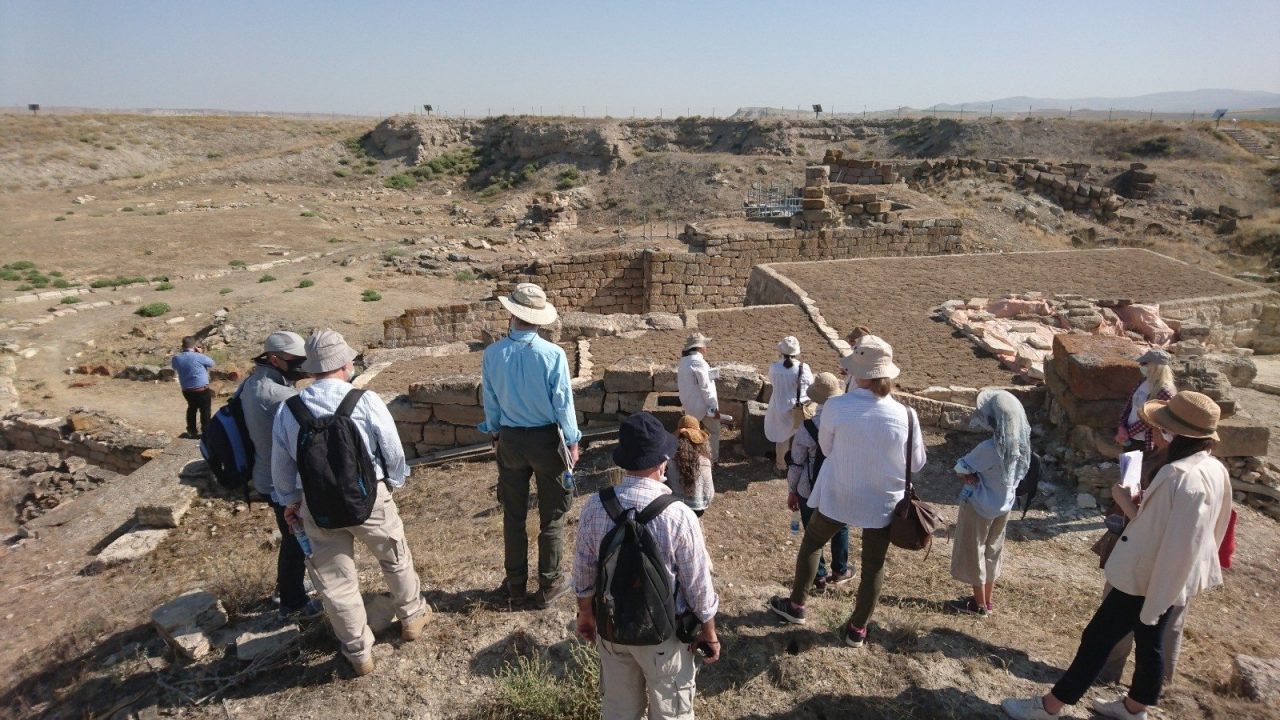 Following Turkey’s application for the inclusion of the ancient city of Gordion on the UNESCO World Heritage List, a committee of experts on behalf of the International Council of Monuments and Sites (ICOMOS) visited and examined Polatlı district in the capital Ankara, where the site is located. Gordion is expected to be the Turkish capital’s first site that enters the World Heritage List.

Gordion, which is known for its over two-millennia-old cemeteries and ancient remains, sheds light on Anatolian history. The ancient city was the political and cultural capital of the Phrygians, an important people of antiquity. While the cemeteries of the site narrate the lifestyle of the Phrygians, the Midas Mound Tumulus is one of the key attractions in Gordion and was built by King Midas for his father. The site was included in the UNESCO Tentative List of World Heritage in 2012.

After its establishment in 2014, the Polatlı Promotion Center of Historical Areas (POTA) launched works to introduce the ancient city of Gordion. The center prepared a file for the inclusion of the ancient city of Gordion on the UNESCO World Heritage List along with many other introductory activities. The Ministry of Culture and Tourism applied to UNESCO last year with this file, which resulted in the assignment of a committee.

The committee was appointed to inspect the criteria that the Gordion Ancient City needs to be included in the list and to prepare a final report about the ancient site.

Stating that he accompanied the experts during their examinations, The POTA General Coordinator Kadim Koç said, “We received a very positive impression as a result of the examinations made by the committee in the region.”

“I think it is very important that they were excited when they see the tomb of King Midas and the site where the highest number of tumuli is located in the world. We are expecting the ancient city to be included in the list as the first world heritage of Ankara,” Koç added.