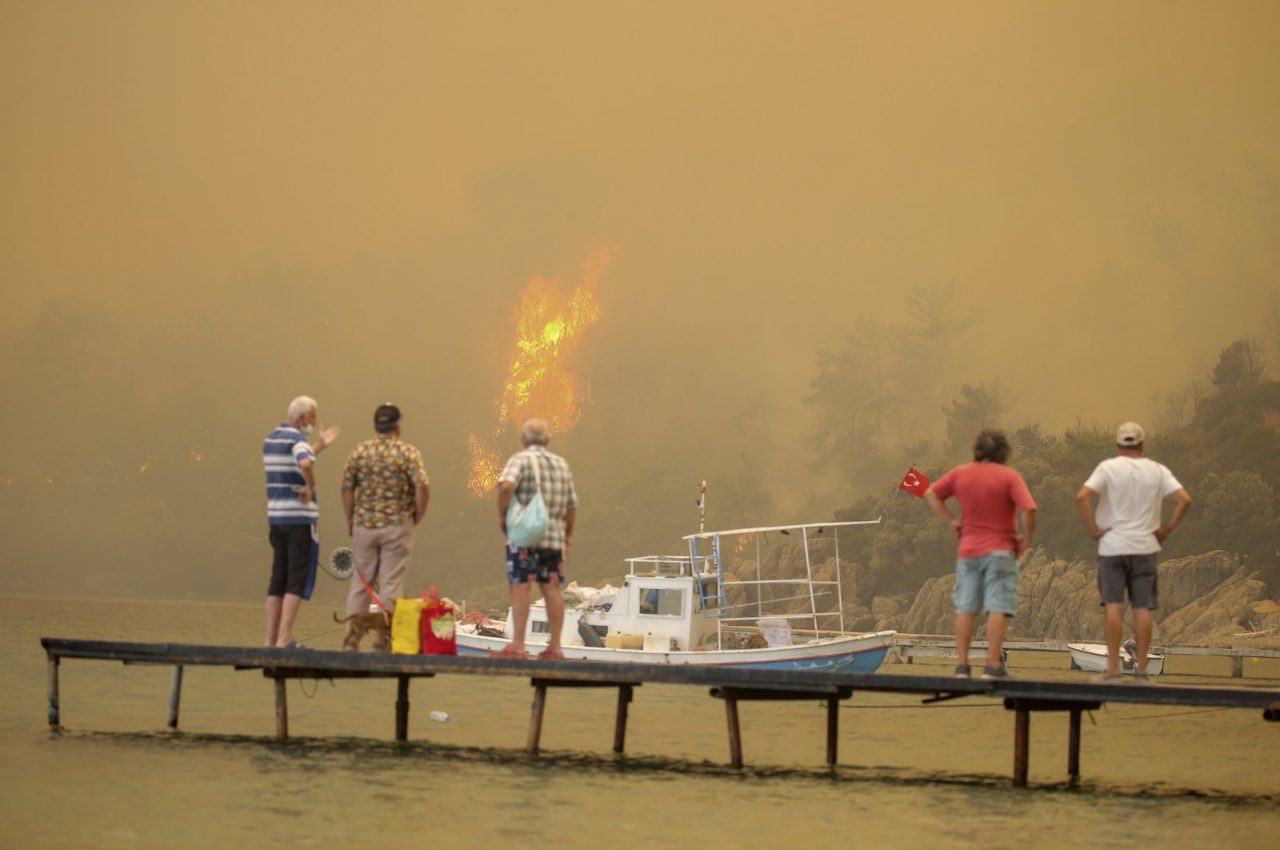 Turkey will stick to its tourist and revenue targets for this season, while tradespeople called on citizens to show support by not canceling their reservations amid wildfires that have been raging in the country’s southern coastal regions.

The wildfires – described as the worst in decades – have swept through swaths of the southern coast for the past 10 days, killing eight people.

Villagers have had to evacuate their homes and livestock, while tourists temporarily had to flee coastal hotels in tourist destinations, including Antalya and Muğla, already reeling from the shock of the coronavirus pandemic.

“There is no change to our target of 25 million tourists this year and our revenue target of $20 billion,” Ersoy told a meeting with sector representatives in the coastal town of Marmaris in southern Muğla province.

He said tourism goals are on track as the country is expected to have reached a tourist count of up to 12.5 million by the end of July, with the number expected to rise in August and September.

Foreign arrivals surged nearly 27.1% year-on-year in the first half of this year as nearly 5.8 million foreign nationals visited the country, the data showed. More than 2 million tourists arrived in June alone.

Ersoy said the government would move fast to ensure losses and damages are recouped rapidly.

If things go according to the plan, the minister asserted that the tourist and revenue target will be met.

In response to a question on the ongoing wildfires, Ersoy said the fire has been contained in Marmaris and efforts are underway to put out the fire.

It is also important to repair the damaged green areas, he added.

“Marmaris had some problems that began to occur before the fire and pandemic. These include market variety, necessary positioning in the market and issues that need to be developed with new trends and concepts,” the minister said.

“We are going to do a series of studies to address all these issues. Now we will quickly implement this by writing a new story of Marmaris together.”

Sector representatives have warned the fires triggered booking cancellations in the areas battered by the flames, including Bodrum and Marmaris as well as Manavgat.

“Restrictions have been relaxed, businesses have reopened, but fires broke out just as our tradespeople started to take a much-needed breath,” Palandöken told the Sabah newspaper.

“We ask our citizens not to cancel their reservations for the region. Let’s go there to support both our shopkeepers and the local people so that in addition to battling fires they do not have to struggle with additional economic problems,” he stressed.

He recalled the support the government announced it would be providing to local businesses.

“Let us, as citizens, stand together with our tradespeople,” Palandöken said.

President Recep Tayyip Erdoğan has announced that the government would cover rent for people affected by the fire and rebuild their homes. He said taxes, social security and credit payments would be postponed for those affected and small businesses would be offered credit with zero interest.

Ali Onaran, the chairperson of Pronto Tour, said that cancellations in the fire zones have begun to arrive, and there has also been a significant reduction in new bookings.

Onaran said they would launch a campaign on social media to prevent cancellations,

“Together with ensuring the safety of the regions, we are launching a campaign on social media suggesting holiday options particularly in the regions affected by wildfires,” he added.