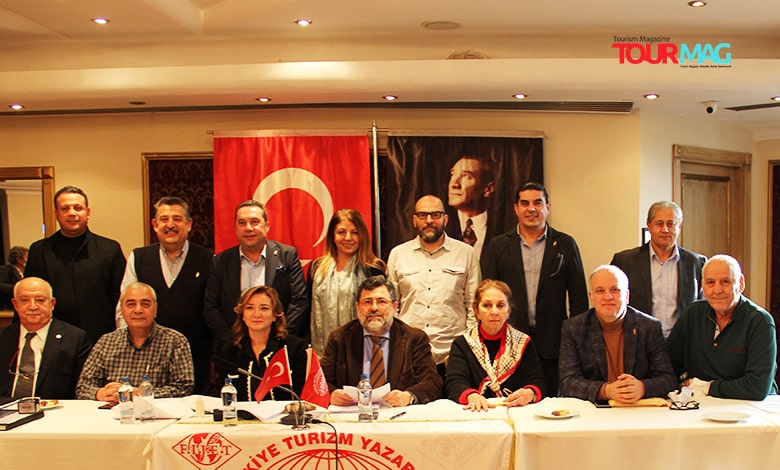 The general assembly of the Turkish Tourism Writers and Journalists Association, which is known as “ATURJET” was held at the Büyük Club on Sunday, December 19th in Istanbul, Turkey. The Association, which has a history of nearly 60 years, has also approved its new management during this General Assembly.

Çetin Gürcün, who has successfully represented Turkey in the UFTAA in the past years, was elected unanimously as the Chairman of the Board of the Council. After the annual report was read and approved, members present approved unanimously the only candidate for President of ATURJET, Delal Atamdede along with his list of officials. During the General Assembly, varies members contributed with interesting points for the consideration of the newly appointed council. Tolon Sökmen, one of the members present at the General Assembly, drew the attention of the council, that Kayaköy, the open air museum in Fethiye, should be given more importance and listed as a special destination. Emre Zengin, who represented Izmir for the ATURJET General Assembly, stated that there are more than 250 olive parks in the world, and Turkey has olive parks of importance that should be promoted as a important destinations for tourism interested in this field of travel and that ATURJET should lead this promotion. Ali Öztüfekçi emphasized that European Union funds should be used more. Fest Travel General Manager Zekeriya Şen underlined that there are new hills to be discovered in the Göbeklitepe region of Şanlıurfa, as cultural tourism is predicted that will be increasing in the coming years. Yılmaz Uyar, one of the oldest members of ATURJET, also said that art cannot be considered separately from tourism.