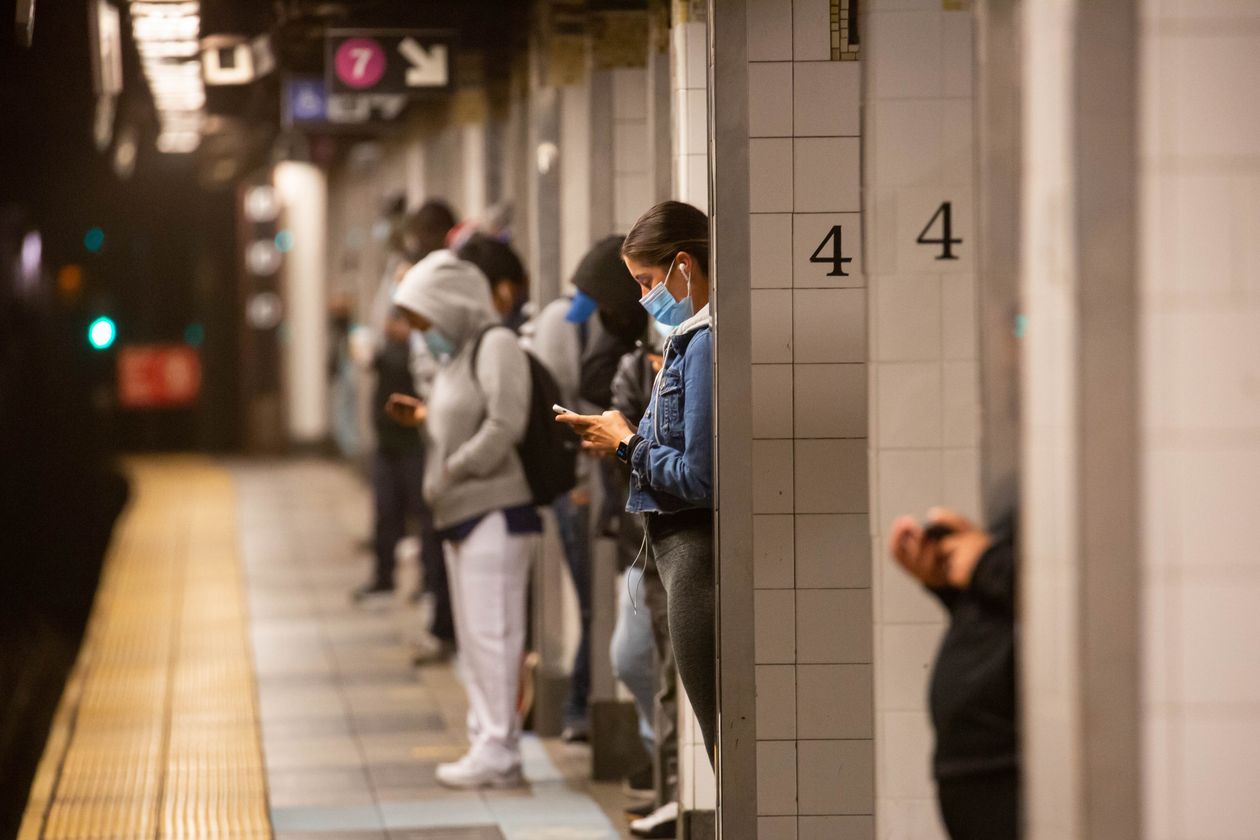 Price and speed are no longer the only battlegrounds for public and private transit, as organizations like New York’s MTA and L.A. Metro compete on user experience.

New York City’s Metropolitan Transportation Authority last fall released a digital version of its subway map designed to let riders see how the network is working at a glance: How close a train is to their station in real time, which tracks may be closed, and whether any planned work might disrupt a coming trip.

The MTA said improving the clarity and ease of the digital navigation experience could encourage more people to ride the subway, including riders who have reverted to cars out of frustration over confusing track closures and delays. “This is a way, hopefully, of bringing those folks back into the system,” said Sarah Meyer, the agency’s chief customer officer.

The MTA is one of several transit authorities that have introduced or revamped their passenger navigation tools over the past year.

Transport for London, or TfL, last August introduced a new navigation and live service app called TfL Go. The Los Angeles County Metropolitan Transportation Authority, commonly known as L.A. Metro, last May announced a partnership with the Transit platform, which replaced the agency’s own as the city’s official trip-planning app.

The new platforms are designed with more focus on the user experience than some predecessors, which first appeared on app stores around 2010 and were often neglected by transit agencies afterward, said Juan Matute, deputy director of the Institute of Transportation Studies at the University of California, Los Angeles. “These apps just fell out of favor and ended up being removed from the marketplace,” he said.

The growth of travel alternatives like ride-sharing services, enabled in large part by their slick digital apps, has pushed agencies to look at the relative clunkiness of their own platforms, said John Gordon, L.A. Metro’s senior director of marketing strategy, digital and advertising.

“The cold water that’s been splashed on the face of a lot of transit agencies over the past decade is the realization that we need to pay attention to our riders’ needs, and we need to build an experience that is competitive,” he said.

The new platforms also must compete with popular apps such as Google Maps and Apple Maps, which for years have combined live transit data supplied by agencies with state-of-the-art user-experience design. But transit agencies can’t control how those apps work, or which modes of transportation they give priority to, their representatives said.

Developing proprietary mapping platforms means agencies can improve the navigation experience on their own timeline, add unique new features to the platforms relatively quickly and gain direct access to user data, transit bosses said. The MTA in March, for example, added a Covid-19 vaccination site locator to its interactive map, which runs on a webpage rather than app in part so people without smart devices can access it. And the team behind TfL Go said it is considering introducing new features to help passengers better navigate the Tube’s often labyrinthine stations.

Another benefit: Agencies can design their own apps to push users toward more sustainable modes of transportation, and reduce congestion in the system. “We could nudge you away from a busy station and into more active travel, or we could nudge you to adjust the time you’re traveling on the Tube so we can spread out the peaks in service,” said Julie Dixon, head of customer information, design and partnerships at TfL.

The L.A. Metro said it is working to improve the experience of catching a bus. Last summer it introduced a feature that shows Transit app users how crowded their bus is likely to be. Next, it plans to pilot a “rescue ride” system, whereby alternative modes of transport—such as a ride in an Uber—are automatically suggested to a customer if the bus they are waiting for is canceled.

Some said polishing the digital experience might not be the right priority for public transit, which has other problems. The challenges in New York include aging and unreliable trains, revenue losses, and potential cuts to service.

“The map is nice, but right now, it’s most important that the subway run frequently and reliably to serve essential workers and welcome more riders back on board,” said Danny Pearlstein, policy and communications director at the transit advocacy group Riders Alliance.

The MTA said the live map cost nothing to introduce as it enlisted the digital design and product development agency Work & Co to build and maintain the product free.

Similarly, L.A. Metro chose to partner with the privately built Transit app. No money is exchanged between Transit and L.A. Metro, but the agency now encourages riders to download the app and shares information such as passenger counts with the Transit team. Transit maintains the app’s digital architecture and builds new features in collaboration with the agency.

The alternative was to salvage the reputation of the app L.A. Metro first launched in 2012.

“One of the reviews on the App Store was ‘A five-year-old could have made this,” L.A. Metro’s Mr. Gordon said. “The best thing we did was hand the responsibility of developing a wayfinding app over to people who are really good at it.”