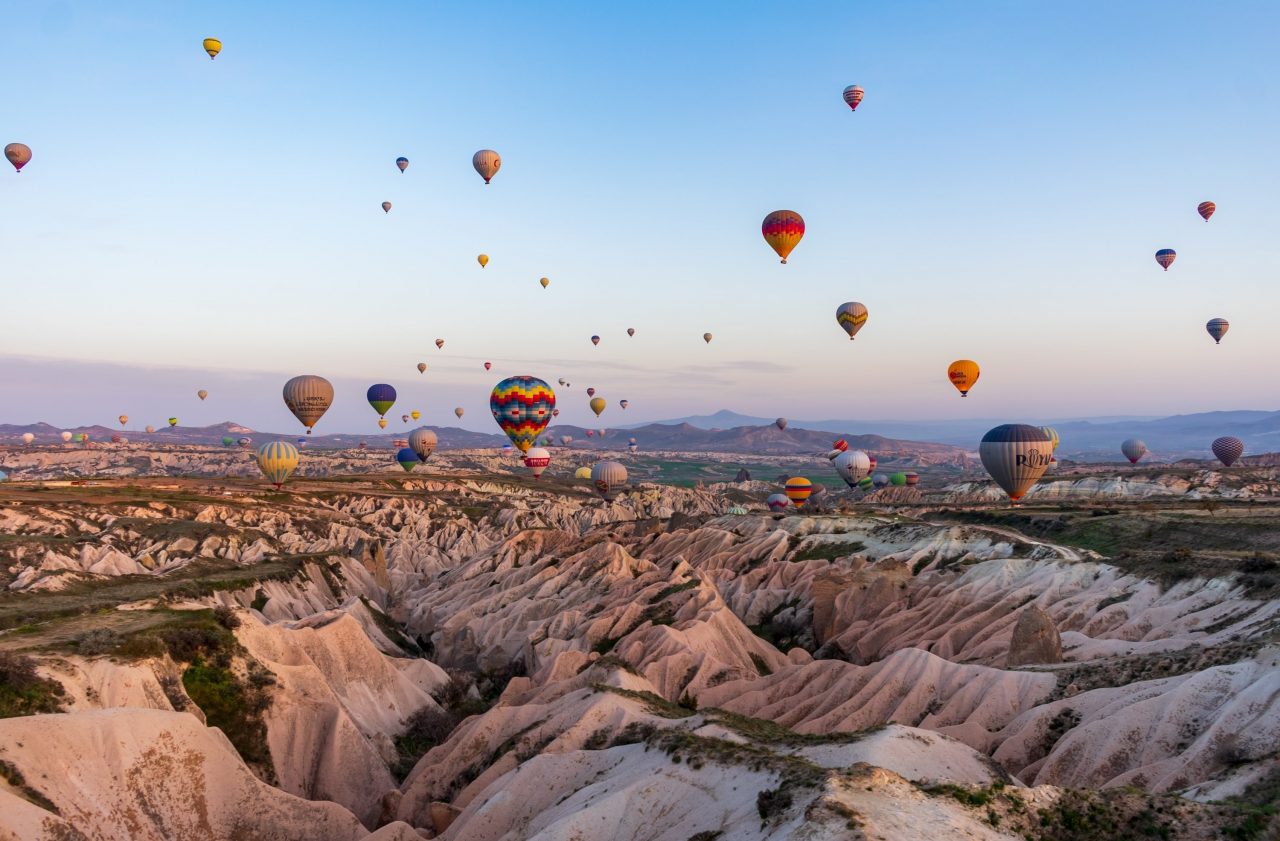 The Turkish touristic hot spot of Cappadocia, which earned a place on the UNESCO World Cultural Heritage List with its historical, cultural and natural marvels, is gearing up for New Year’s Eve as it prepares for the arrival of high numbers of foreign and domestic tourists to ring in 2022.

The region welcomed in 2021 calmly following the implementation of COVID-19 measures last year; however, this year occupancy rates are approaching 100%.

The region, where special celebration programs will be held on New Year’s Eve in many centers, particularly in accommodation facilities, will host holidaymakers from around the world as well as every part of Turkey.

Abdullah Inal, a tourism professional in the region, told Anadolu Agency (AA) that this week, local and foreign tourists are expected to create a huge buzz in the region.

“Last year, we canceled all our programs,” he said, due to the pandemic; this year, however, “there was a high demand for New Year’s Eve, with a momentum that started in October.”

“As a tourism facility, we had already reached 100% occupancy three months ago. There is a significant momentum this year,” he said.

“Many facilities in the region are about to reach full occupancy rate,” noting that now their only wish is for it to snow on New Year’s Eve, which will give “a romantic appearance” to the region.

Muzaffer Büyükbaş, who runs a hotel and a tourism agency in Ürgüp, one of the largest towns of Cappadocia and famous for its rock cones and beautiful stone houses, said that the increase in tourism at the beginning of the year is a harbinger of the 2022 tourism season.

“We are very excited; we have completed all the preparations for the new year. We are selling our last rooms. We will welcome the new year happily. Cappadocia is a very important place for world tourism,” he said, noting that the photos shared on social media in the recent year significantly contributed to the region’s popularity.

Halil Atay, who organizes various tour activities, stated that they would conduct hot air balloon tours and other activities if the weather conditions are suitable during the New Year’s holiday.

Geologists say the Cappadocia region was formed 60 million years ago by the erosion of soft layers of lava and ash from Mount Erciyes, Mount Hasan and Mount Güllü. The Kızılırmak River runs through the region on the north, the Taurus Mountains to the south, the Kayseri plain to the east and the Lake Tuz salt flats to the west.