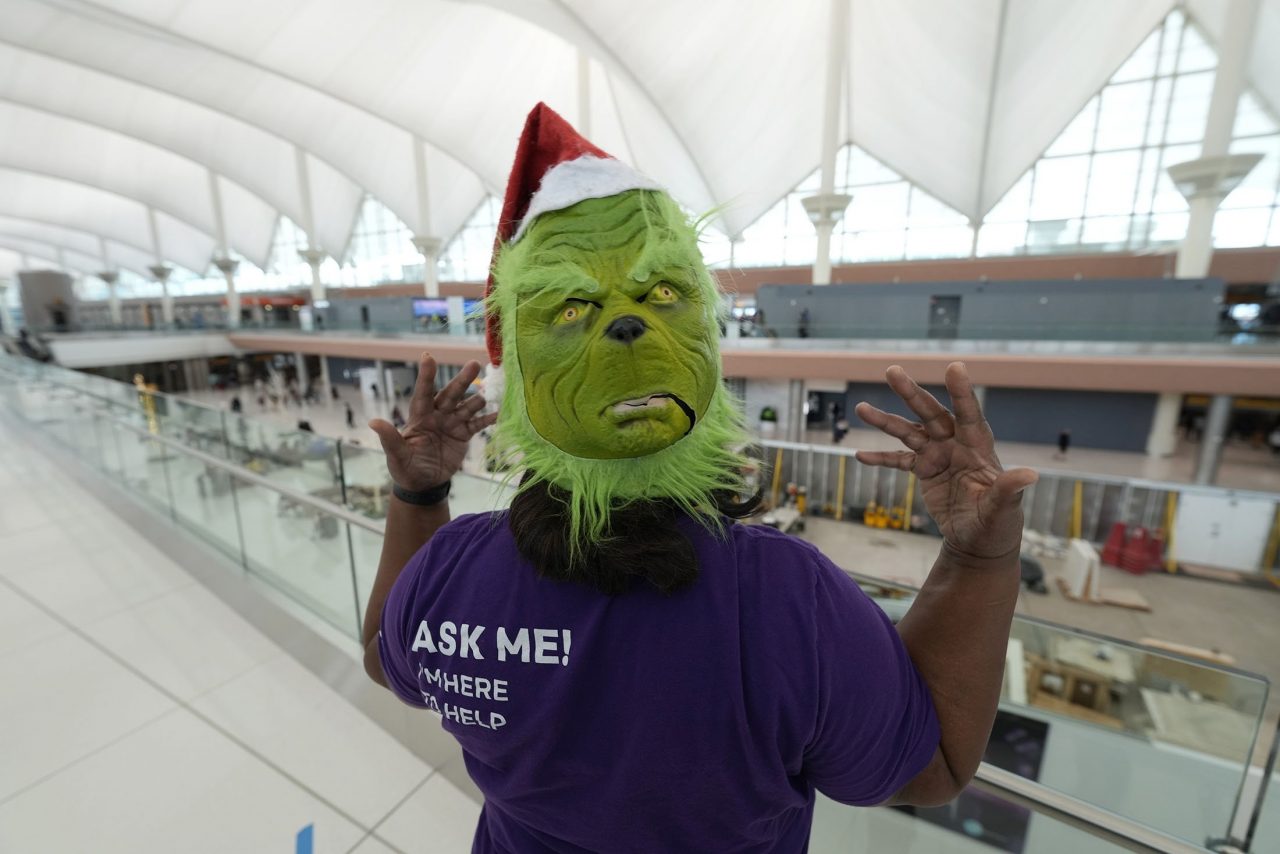 Thousands of flights have been canceled around the globe, giving travel headaches to millions as the Christmas season has been plagued with concerns over the omicron variant of COVID-19.

Some 7,500 flights have been grounded and tens of thousands more delayed from Friday through Sunday – one of the busiest travel periods of the year – with multiple airlines acknowledging that rising cases of omicron have prompted staffing shortages.

Effects have rippled worldwide, and the hurt was expected to bleed into the work week, with at least 735 flights already facing cancellations Monday and 160 more on Tuesday, according to flight tracker FlightAware.

In China’s Xi’an city, 13 million residents were confined to their homes Sunday amid tightened restrictions as the country recorded its biggest COVID-19 infection numbers in 21 months.

Desperate to keep a lid on outbreaks before February’s Beijing Winter Olympics, China has implemented a vigilant “zero-COVID” strategy involving tight border restrictions, lengthy quarantines and targeted lockdowns. But there have been sporadic flare-ups.

In the United States on Sunday top pandemic advisor Anthony Fauci warned of a COVID-19 “testing problem” as the virus overwhelms the nation and he vowed to make more tests available next month.

“There are still some issues now of people having trouble getting tested,” Fauci told ABC Sunday talk show “This Week.”

“But we’re addressing the testing problem, he added, saying it should be corrected “very soon.”

Severe weather has compounded the travel chaos in the United States, with storms battering the country’s west, though they brought a white Christmas weekend to Seattle and parts of California.

Aircrew and ground staff have fallen sick or gone into quarantine after exposure to COVID-19, multiple airlines acknowledged.

“We entered the holiday season with the highest staffing levels we’ve had since the pandemic began and are using all resources available to us to cover our staffing needs,” JetBlue said in a statement.

“Despite our best efforts, we’ve had to cancel a number of flights, and additional flight cancellations and other delays remain a possibility as we see more omicron community spread.”

Chinese carriers, notably China Eastern and Air China, have scrubbed more than 2,000 flights over the long weekend, including many going in and out of Xi’an Xianyang International airport, according to tracker data.

Flightaware.com reports nearly 2,900 flights were canceled worldwide on Saturday, and 2,250 and counting on Sunday, with 720 of those within, originating from or headed to U.S. airports. Some 7,200 Boxing Day flights have been delayed.

The cancellations added to the frustration for many people eager to reunite with their families over the holidays after last year’s Christmas was severely curtailed.

The American Automobile Association estimated more than 109 million Americans would travel by plane, train or automobile between Dec. 23 and Jan. 2, a 34% increase over the last year.

But most of those plans were made before the detection of omicron, which has become the dominant strain in the United States, overwhelming hospitals and healthcare workers.

U.S. authorities have recorded an average of over 175,000 new daily cases over the recent period, the Centers for Disease Control and Prevention reported.

previousAirlines cancel thousands of Flights Globally due to Omicron