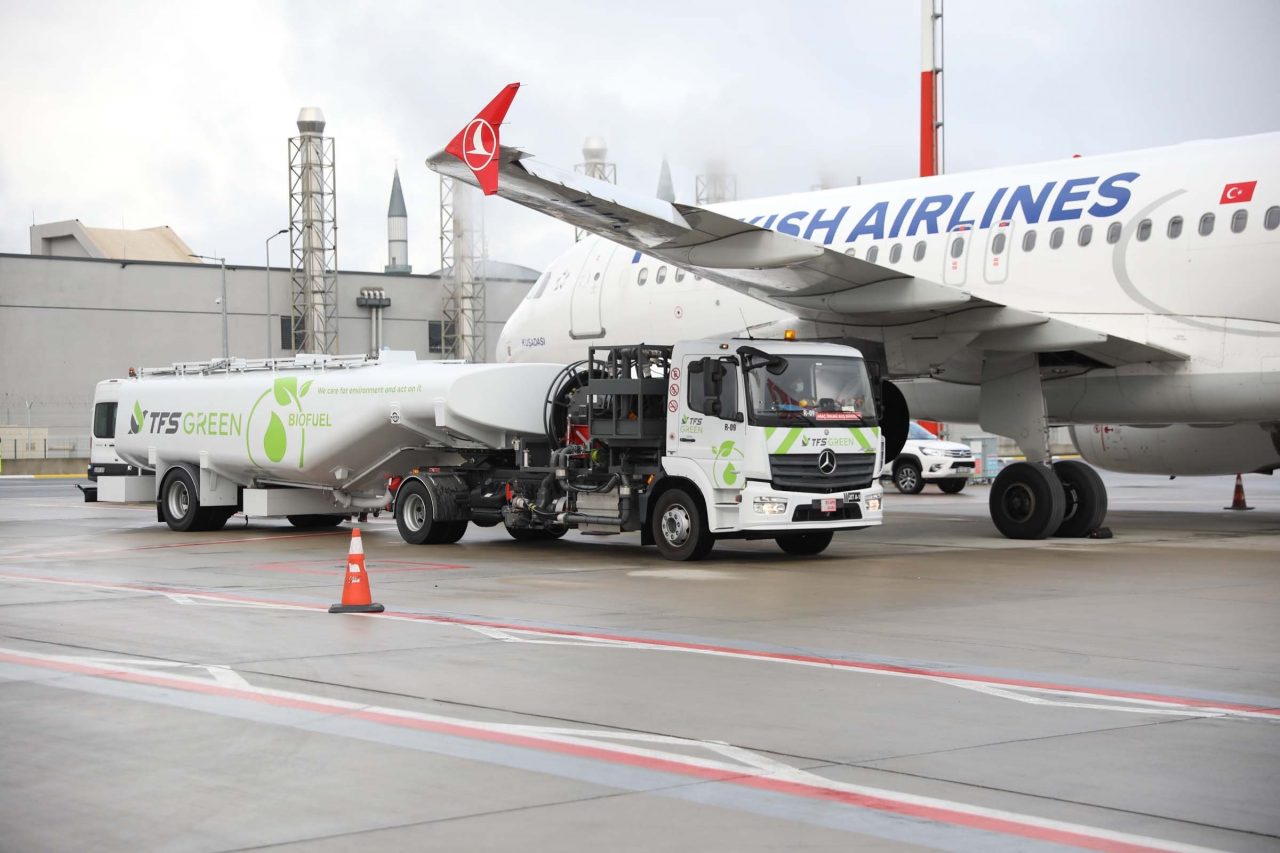 National flag carrier Turkish Airlines (THY) took another step in its sustainability efforts, which the aviation industry sought to adopt, by launching the first flight using sustainable aviation fuel on Wednesday.

While sustainable fuel, which reduces emissions by 87%, will be used once a week on the chosen route, the airline is currently planning to use it on different routes on a wider scale.

“We conduct our work toward achieving sustainability with that mentality and responsibility. Our first flight that uses sustainable resources is a part of that vision,” said Ahmet Bolat, Turkish Airlines’ chairperson of the board and executive committee, pledging that these efforts will continue.

Sourced from oil refining company Neste, the environment-friendly fuel is stored by Turkish Airlines subsidiary Turkish Fuel Services (TFS) to fill the aircraft after blending it with jet fuel.

THY is also conducting a project on sustainable microalgae-based biojet fuel with Boğaziçi University, a prominent Turkish university in Istanbul, with the support of TFS. Once the project is completed, the first carbon-negative integrated bio-refinery of Turkey and Europe will begin service.

The carrier has implemented over 100 operational optimization projects since 2008 to lower its carbon footprint, saving over 15,000 tons of fuel and preventing nearly 48,400 tons of carbon dioxide from being released into the atmosphere during the third quarter of 2021.

Established in 1933, the national flag carrier flies to 334 worldwide destinations in 128 countries with a fleet of 373 aircraft.