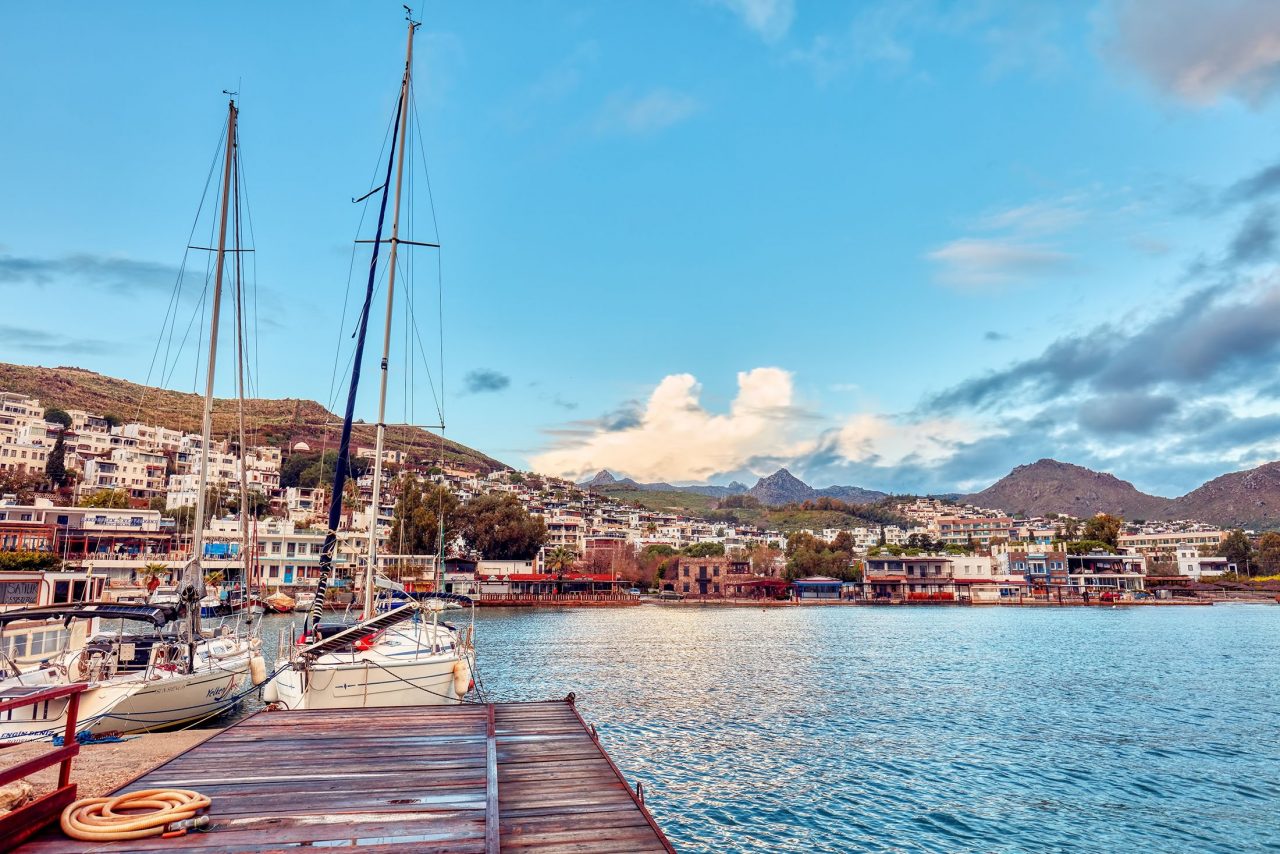 While the holiday hotspots along Türkiye’s southern coast are spectacular places to live all year, the daily lifestyle drastically changes when the hustle and bustle of the tourism season subsides

Türkiye’s southern coast, aptly referred to as the “Turkish Riviera,” is quite alluring. It houses several popular holiday towns where the expat community lives all year. Many of Türkiye’s expats and certainly those of European descent like British, Dutch, Germans and Russians, whether working as digital nomads or retired, have made the picturesque touristic towns lining Türkiye’s Aegean and Mediterranean seas their forever home.

Amid the pandemic with more people working remotely, these towns have also become a new popular residential destination for Türkiye’s urban professionals as they have the luxury of working from anywhere in the world.

From Kuşadası to Didim, Bodrum to Datça and Marmaris, Dalyan to Fethiye, and of course Antalya with many other towns in between, more and more “yabancılar,” the Turkish word for “foreigners,” which also means “strangers,” are settling down in these towns. But the thing is, the lifestyle in winter can drastically differ from summer, which can come as a surprise to those spending winters in a touristic town for the first time.

While Turks are famed for their hospitality and are incredibly social, friendly and spontaneous, a foreigner or a “yabancı” will always remain somewhat of an outsider. Of course, this is an overt generalization and many expats can build close friendships with Turks. However, sometimes locals can be cliquey as chances are they may have all grown up together or have spent years living in the same locality.

The fact is, anyone who has spent significant time in these holiday towns will know that people come and go and those who move in with gusto may just as easily leave, especially if they have no roots there, which is what makes someone a “yabancı” in the Turkish mindset.

It’s understandable that locals may take time to bond and be less enthusiastic to socialize as they may have made many friends in the past who packed their bags and left at the drop of a hat. This is something they experience perpetually with the people they bond with during summers. Having said that, those who decide to stay for long are embraced by the community as one of their own and can even end up with the title of being an “honorary” local.

Fortunately, there are cafes wherever there are expats and locals love to cater to them. Therefore, the stronger the expat community, the better the chances of socializing with English speakers. Besides, there are lots of activities organized for expats if they are large in numbers. For example, there are lots of venues where activities are going on during winter in Fethiye and Antalya that have larger expat communities as compared to smaller towns like Dalyan.

Having a community in tourist towns is important because the lively vibe that kept the tourists entertained during summer fades away in winter as the tourism industry slows down. This means that the cafes and restaurants that you loved and the shops that were heaving in summer most likely will shut down in winter.

If it is the buzzing atmosphere of lively cafes day and night that you seek, you may be disappointed to find that in winter, you can only meet locals who sometimes cannot afford the costs of running their business during off-season months.

There will always of course be a few places open. I mean we all know how much Turks love their coffee and tea. It’s just that a majority of the tourism-geared businesses shut down for winter and most times, their owners and staff take off for their hometowns or travel to other cities during the off-season.

While Türkiye’s coast sees sunshine for most of the time during the year, the weather can still feel teeth-chattering chilly, especially on the beach. Most of the holiday spots which take precedence for the architecture in these regions were just not built for living all year around. While traditional Turkish homes have fireplaces and ‘sobas,’ which are wood-burning ovens, many of the holiday homes are just not equipped in that manner, nor are they built with the insulation to keep the heat indoors. Inverter air conditioners service most homes in winter and people usually purchase electric radiators as a backup. Another lesser-known fact for foreigners is that many of these regions experience heavy rain. On such days, venues that are usually open are also shut down and one can literally find no place for fun.

Okay, so now that I have dwelled on the dark side of spending a winter in tinier towns, here are some of the wonderful reasons these regions make for great year-round residential areas. If you are near a beach, then you notice that life still exists there. During winter, the beach is sometimes so crowded that walking on the seashore is merely impossible.

In winter, residents take long walks when the sun is out. They go for picnics at the beach, do fishing and relax on the shore. Besides, watching the sunset becomes the most enthralling time of day.

Where there are expats, there are also some sort of activities organized in order to engage them. The activities could be English quizzes, litter-picking groups, gyms and spas and of course, a go-to for many foreigners, cheering for the town’s local soccer team.

Bicycling and hiking are also great activities when the skies are clear in the off-season. Besides, going on excursions to nearby archeological sites is also a great idea. Last, but certainly not least, driving and parking, which can be challenging in many holiday towns in summer, become easier in colder months. Thus, you can relish the tranquility and serenity of these towns in winter.

nextStaff shortages in Cyprus tourism in 2022