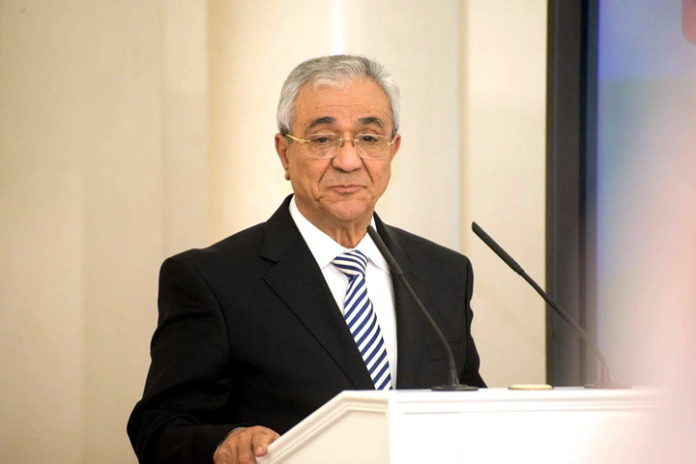 Let’s imagine that extraterrestrials landing in Tunisia, come to ask us to introduce them to the most representative of Tunisians today.

For me it would be without hesitation: Tijani Haddad! He is intelligent, gifted, skilful, enterprising, persevering, laughing, generous, bon vivant, faithful in friendship, fundamentally local and resolutely universal, patriotic but never chauvinistic, successful entrepreneur and, icing on the cake, disarmingly simple.

These so many qualities brings together an incredible life journey which Tijani Haddad had. His book “Parcours, chemins et Sentiers” which was launched on Sunday January 8 at the Sheraton hotel, is a living testimony to his vocation.

The book is unique, as it’s author is the character. It pinpoint precisely a balance between the autobiography, the personal diary, the logbook, and the memoir. The writer tells his story, confides in it, sometimes reveals himself, but never abandons his modesty, he never gives himself up completely.

Child of the people of the Sfaxien city, this octogenarian, still with amazing capabilities and a mind full of projects, will have kept throughout his career the love of a job well done, the taste for simple things, and above all, this will to succeed by counting only on himself. All coming from the values ​​instilled by his father, a shopkeeper of a small market in a neighbourhood, but strick over the education of his child, did not hesitate one day to take him out, during a projection session, at the movie theater to keep him from “going down the wrong path”. It took long time for the child, who has become a successful businessman, to learn to laugh at this incident and find in it the marks of a tormented paternal love.

It is perhaps, as the book narrates, both thanks to and because of this father, that the son has found the pathways by which he realized himself. This pathway will be called ‘leaving’. Leaving to explore as a boy scout already, to study, to discover, to understand, and to come back, like a modern-day Ulysses, full of wisdom and usage. In fact, the departure and its corollary the journey, structure the stages of the ‘Parcours de Tijani Haddad’. He is constantly on the move. When he chose to study English literature in a predominantly French-speaking country, when he practiced journalism, a nomadic profession by definition, when he finally chose tourism, a mobility profession par excellence.

Written by a man with a nomadic heart, “Parcours, Chemins et Sentiers” can also be leafed through like an album of memories of an altogether exceptional career, where chance certainly had its part, but where the will to succeed and the desire to be the best have done the main thing. President of the Association of Newspaper Directors (Adj), President of the Federation of Tourism Journalists and Writers (Fijet), creator of specialized magazines, publisher of beautiful books, deputy, senior executive and political emissary, minister, the man will have realized his rich and multiple work but by being faithful to the same constant of doing everything with pleasure, with conviction.

Of course, not everything has always been simple or easy, and this Journey has not been a long calm river. The book demonstrates this by illustrating through the photos of friends faces lost on the journey, and of events experienced, even suffered, with their share of trials, and sometimes injuries, endured.

But the whole lesson is precisely there, and Tijani Haddad, without setting himself up as an exceptional example or as a lesson giver, invites the young people of his country, today overcome by doubt and anxiety, to believe in their unlimited possibilities, to change their own situation and that of their country. This requires loving, believing and above all willingness to do the change.

Written in a simple and direct language, Parcours is “an ode to life”, to use the title of the work of the illustrious national poet Abul Qacem Echabbi whose author highlights the call to fight, to all fights, relying only on his own will, and relying on his own means.