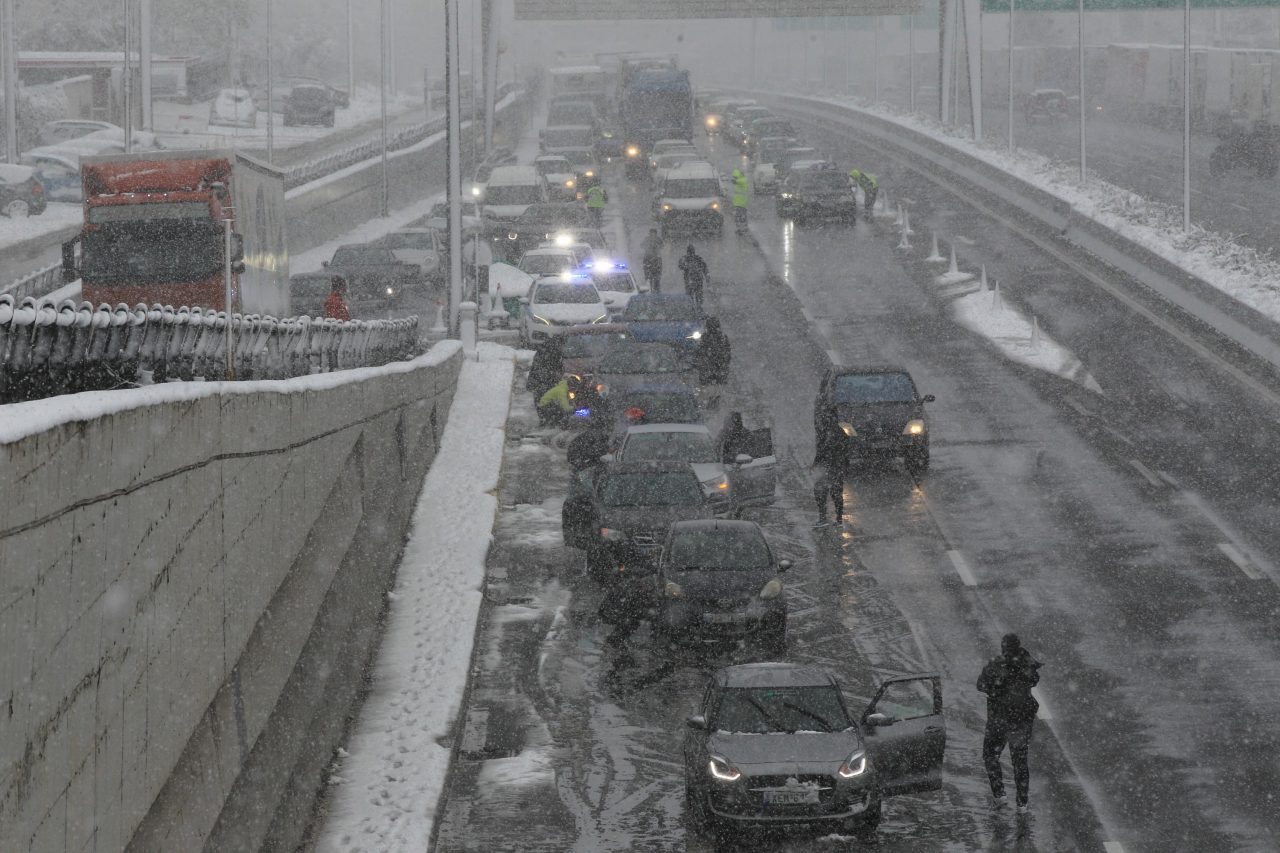 Rescue crews, including the army, worked through the night to evacuate thousands of people stranded in their cars on an Athens motorway after a severe snowstorm swept across Greece on Monday, blanketing the capital and causing traffic chaos.

More than 3,500 people had been evacuated by early Tuesday, some abandoning their cars on foot, but around 1,200 cars remained stuck on the Attiki Odos, the capital’s main ring-road, government spokesperson Giannis Oikonomou said.

“We had a very difficult night and a superhuman evacuation effort is underway on Attiki Odos,” Oikonomou told Greek television. “We are still in a very difficult phase, as the forecasts indicate that we will face (weather) difficulties again in a while,” he said.

As temperatures dropped overnight, soldiers handed out food, water and blankets to drivers, some of whom were stranded in their cars for more than 10 hours. TV footage showed the road and vehicles covered in snow.

Authorities declared Tuesday a public holiday, shutting public offices and private businesses except supermarkets, pharmacies and petrol stations in the greater Athens area and some islands.

Power cuts hit parts of Athens and the grid operator said crews were working to restore electricity. Fifteen passengers were injured when a rail transport vehicle tried to pull a train carrying about 200 passengers, which had halted in heavy snow in central Greece. Two of the injured were in serious condition, a police official said.

The storm, named Elpida, was forecast to persist until Wednesday.

A blanket of heavy snow covered the Greek capital on Monday, from the Acropolis hill to the coast in the south and disrupting air traffic. Heavy snowfall is rare in Athens, but snowstorms have hit the city for a second consecutive year.

Train and bus services in the capital were suspended. COVID-19 vaccination facilities in the wider Athens region and on the nearby island of Evia were closed, health officials said.

State services, schools, nonessential shops and banks in those two areas and on many Greek islands, including Crete, will also be shut on Tuesday as the cold spell was expected to persist until Wednesday.

“It will be a difficult night,” said Christos Stylianides, Greece’s climate crisis and civil protection minister.

Greek carrier Aegean Airlines canceled all but five flights on Monday and said it expected schedules to be disrupted on Tuesday and possibly Wednesday.

Turkish authorities also had to halt flights at Istanbul Airport due to heavy snowfall, while the weather affected transportation across the country.

previousYou Want It, You Got It: COVID Vaccine Symptoms and 'Nocebo Effect'

nextLibya does not need another long transitional period: UN Envoy