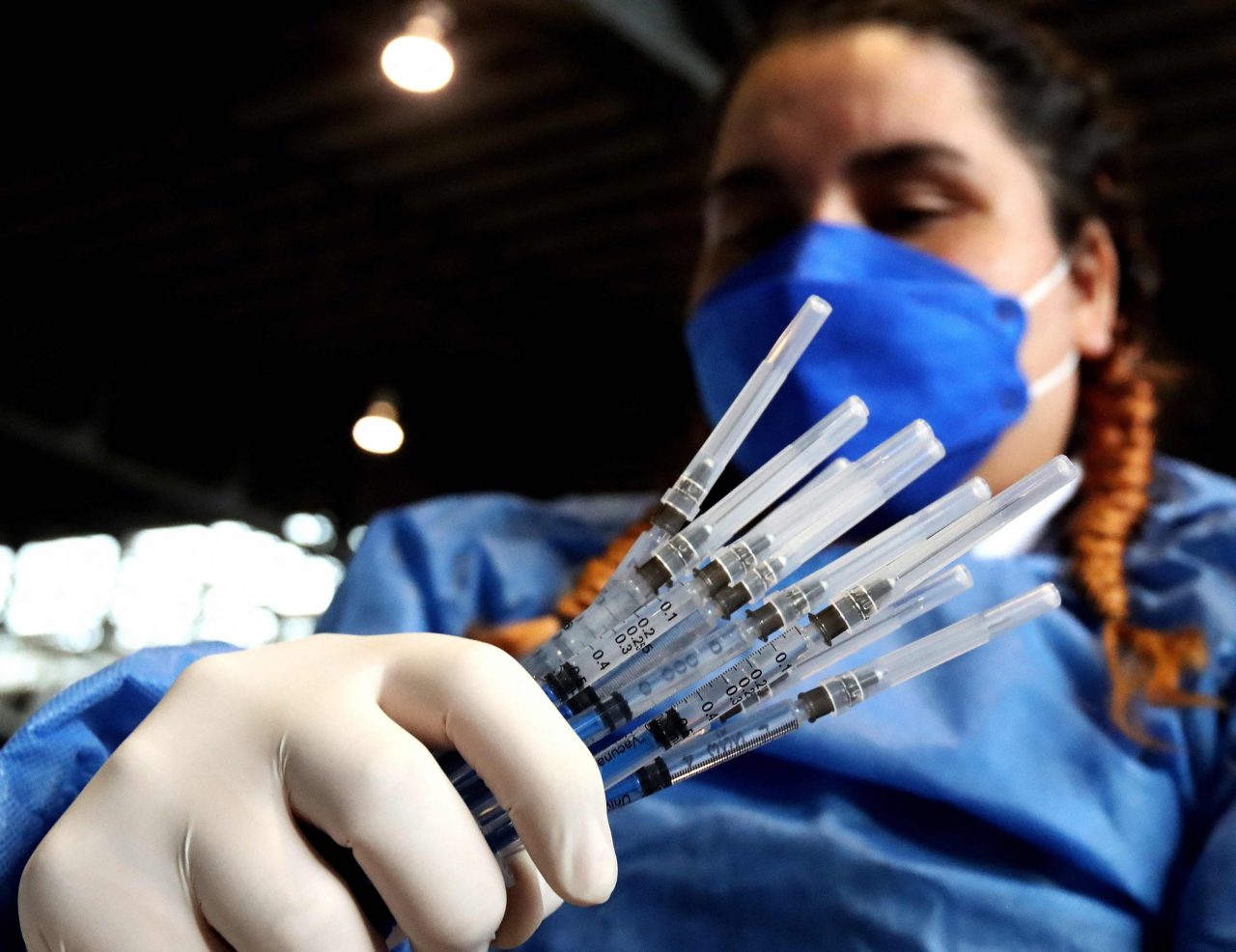 The list of potential side effects from COVID-19 vaccines is long. But scientists now say many of the adverse reactions people have been feeling could be caused not by the vaccines themselves, but by the “nocebo effect.”

This is when people anticipate a negative response to a medicine and then experience exactly that, even if they were given an inert substance.

It’s the counterpart of the more familiar placebo effect when people experience positive effects thanks to their positive expectations.

According to research published in January, some three quarters (76%) of complaints of physical reactions following the first dose of a COVID-19 vaccine, and half (52%) of symptoms after a second shot could be due to the nocebo effect.

The nocebo effect can kick in, for example, if people read about the negative side effects of their medicine. Expecting a negative reaction, people then experience those effects.

The studies included 45,380 participants who reported reactions to vaccines. Of those people, 22,802 received a regular vaccine and 22,578 were given a placebo with no active ingredient.

After their first dose, 35% of the people who had the placebo reported reactions ranging from a headache to fatigue. Some 32% reported negative sensations after their second dose.

Meanwhile, of those given the regular vaccine, 46% said they had a physical reaction after the first dose and about 61% after the second dose.

The nocebo responses could be because people had been told about possible consequences before they were given the vaccination, the scientists said in the study published in Jama Network Open journal.

“There is evidence that this kind of information can cause people to misattribute common daily background sensations to the vaccination, or to worry, making people hypersensitive to possible side effects,” said Ted Kaptchuk of Harvard Medical School.

The researchers called for more information and awareness about this in vaccination campaigns.

On the other hand, the scientists also noted that they had analyzed relatively few studies that were fairly heterogeneous.

But many researchers have investigated the nocebo effect and its consequences.

A team of German scientists found that the higher price of medicines even compounds the effect.

People were told that the side effects of a drug they had been given included an increased sensation of pain, in the study carried out at the University Hospital (UKE).

Those who thought their drug was a more expensive medicine also reported feeling more pain after taking the placebo than the others.

The nocebo effect can be enormously powerful, as a previous case in the United States showed. In 2007, a young man who was part of a study of antidepressants tried to commit suicide by taking psychiatric drugs.

His blood pressure sank so low that he went to an emergency room. However, the doctors there realized he was part of the half of the study participants who were given a placebo.

On being informed of that fact, the man’s symptoms swiftly disappeared, according to the scientists led by psychiatrist Roy Reeves of the University of Mississippi in Jackson, who describe the case in General Hospital Psychiatry.