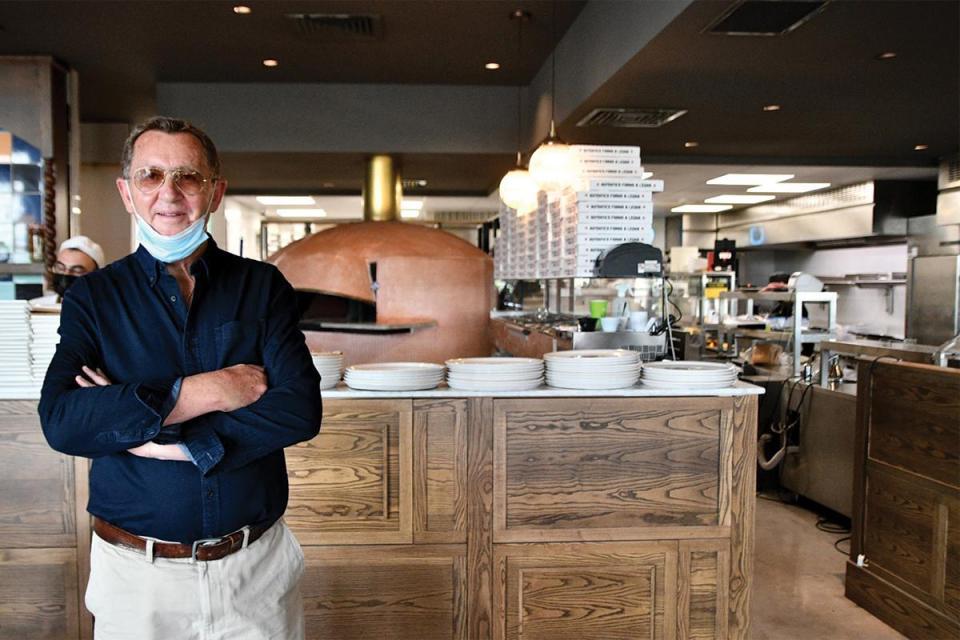 “We simply don’t have enough staff”. Julian Sammut faces a new crisis as restaurants prepare for the tourist season.

Restaurants and cafes are weathering a new storm before the start of the tourist season, as the pandemic exodus of foreign workers leaves them understaffed and vulnerable to poaching.

As the COVID-19 crisis hit last year, foreign workers left or were repatriated and the Chamber of SMEs has been receiving reports that the hard-hit catering industry is finding it hard to replace them.

At least 12 restaurants have contacted deputy president Philip Fenech about difficulties finding workers and he said other establishments were also encountering this problem.

Julian Sammut, the director of a string of popular establishments, told Times of Malta the shortage of staff was so acute he had to delay the opening of three restaurants and reduce opening hours at others.

“We simply don’t have enough staff,” he said. “Many foreigners returned home and skilled Maltese who ended up without a job during the pandemic and couldn’t survive on the wage supplement left the industry, found an alternative job and are now reluctant to return.”

Sammut runs a number of popular restaurants including Cafe Cuba, Vecchia Napoli and Chophouse. He has around 350 people working for him but needs about 450 to 500 to operate at full capacity.

‘A lot of poaching going on’

To make matters worse, around 20 of his skilled employees, particularly from the kitchen, have been poached in the last two weeks, with other establishments offering wages he cannot match.

“There’s a lot of poaching going on. Some of our employees are being offered double the pay by other companies, which is creating an unsustainable situation for us,” he said.

“We are very pissed off too because we sustained these employees during the pandemic and to see them go now leaves you with a bitter taste,” he explained.

Owner of Il-Fortizza, Vince Micallef also told Times of Malta that understaffing and headhunting had become such an issue he had no other choice but to delay opening the indoor part of his restaurant.

Down five waiters and having had some of his new staff poached, he said there weren’t enough employees to cater for the tables inside.

“We are just hoping that, once the airports open, they’ll come back,” he said.

Fenech anticipated the problem would become more pronounced as the country opened up to tourism over the next few months and the government vouchers boosted activity within the industry.

“Establishments will be operating at higher capacity and are just hoping work permits for third-country nationals will be processed quickly to help them cope with demand over the next few months,” he pointed out.

As the COVID-19 crisis hit in March 2020, Economy Minster Silvio Schembri said that if any foreigners lose their jobs, they would have to “go back to their country”, adding “charity begins at home”. He apologised days later after a wave of criticism from foreign workers.

Sammut proposed that one of the solutions to the current understaffing crisis could be a 10 percent reduction in VAT for the hospitality sector.

Apart from putting the sector on a level playing field with other Mediterranean countries, rendering the industry more competitive, the money saved could be used to provide hospitality workers with higher wages, he explained.

“People in our industry do not receive a salary commensurate to their work – it’s tough to work and unsociable hours. As an industry, at the moment we cannot afford to increase salaries, however, if VAT were to be reduced this could be done, possibly attracting more people to take up this kind of work,” he pointed out.

Sammut added that if the crisis of understaffing was not addressed, it would ”stretch existing resources beyond their limits” essentially compromising the final product and impacting the tourist industry negatively. nextMalta | Mellieha 'Ghadira' Bay to get a €2 million facelift