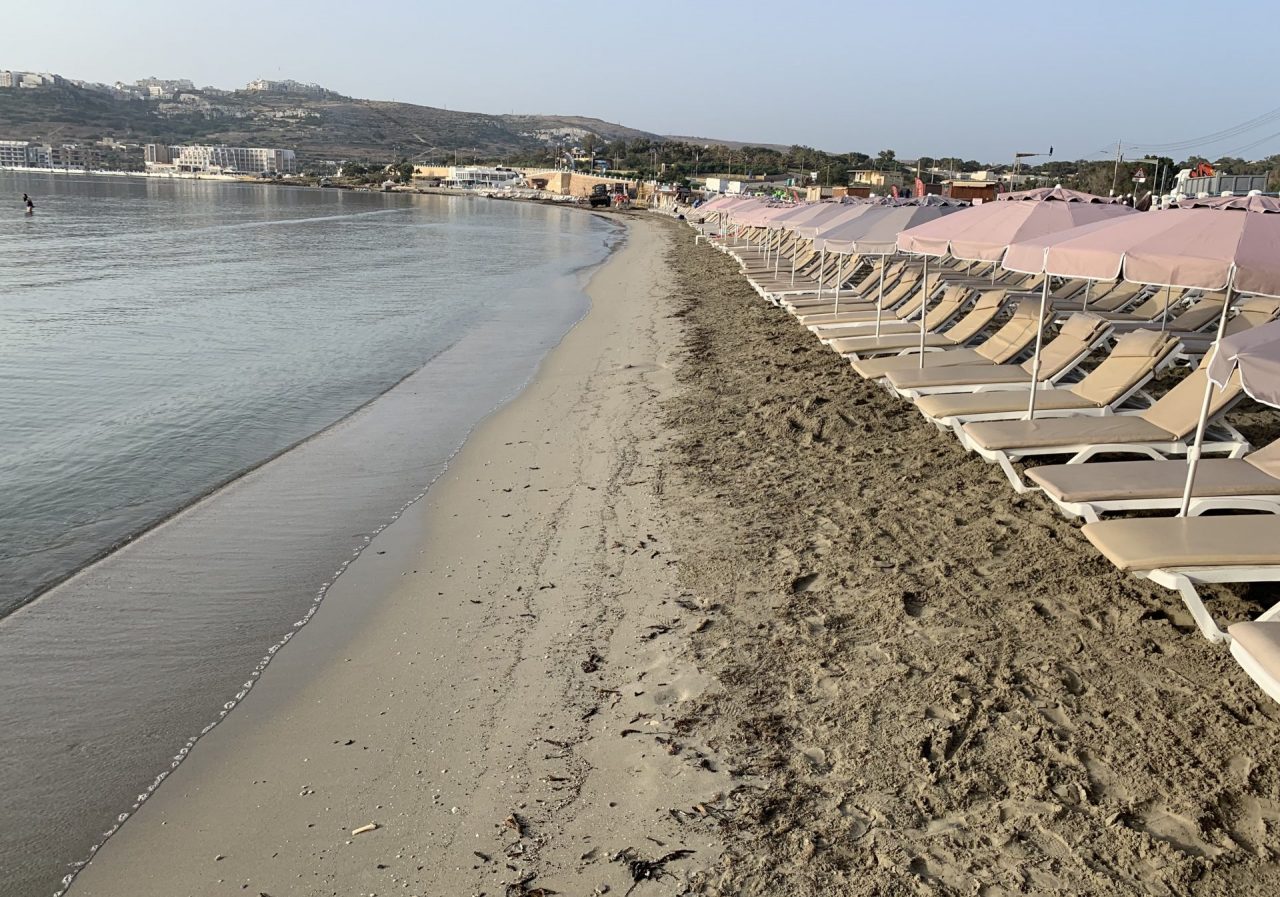 Malta’s largest sandy beach, Ghadira Bay, is set to get a €2 million facelift.

While visiting Għadira Bay, Minister for Transport, Infrastructure and Capital Projects Ian Borg and Minister for Tourism and Consumer Protection Clayton Bartolo announced a regeneration project with an investment expected to be of around €2 million to embellish the Għadira Bay promenade and create a 1.2 kilometre pedestrian route along the beach. Minister Ian Borg stated that after decades of neglect, this beach, which is sought after by many people and tourists during the summer months, will now be regenerated and embellished.

“This project will create many new facilities and embellish part of our natural heritage for the national community. I believe that it is another demonstration of a government that cares about our country’s national heritage and that constantly works to make sure that every corner of our country is given the priority deserved. Last March, when we inaugurated Għadira car park, we eventually expressed our desire to extend the beach and regenerate it to give the area a better and more modern look. Today I am pleased to say that the work will now begin. I would like to thank Infrastructure Malta, which will be assisting on this project and I am convinced that it will be another successful project as we have seen all over the country”, said Minister Ian Borg.

In his keynote address, Minister Clayton Bartolo pointed out that after years of lack of investment, the government will be investing €2 million with the aim of making Għadira Bay more accessible and active all year round.

He added that the Għadira Bay regeneration project is a clear demonstration of how much this government is advocating quality in the tourism industry.

“We were used of having tourism infrastructure being linked only to the restoration of benches or railings. Today we are changing this mentality and from maintenance we are moving to regeneration”, stressed Minister Clayton Bartolo.

The main works in the project will involve the reconstruction of the existing promenade routes, a new railing system with a built-in lighting system, formation of underground ducts for new services, relocation of existing landscape and the plantation of additional trees.

A distinction between pedestrian and vehicular access using different paving elements is expected to take place as well as the introduction of new road accessories. The project is expected to be equipped with stairs and ramps for more accessibility leading to the beach, a CCTV camera system, a free Wi-Fi system, new sanitary facilities, and the redesign of the bus facilities and pedestrian crossings.

The project will also include the introduction of drinking fountains and feet washing facilities, the introduction of new bollards, of new information signs, of artistic installations by local artists and also improvements of the existing roundabout and traffic.