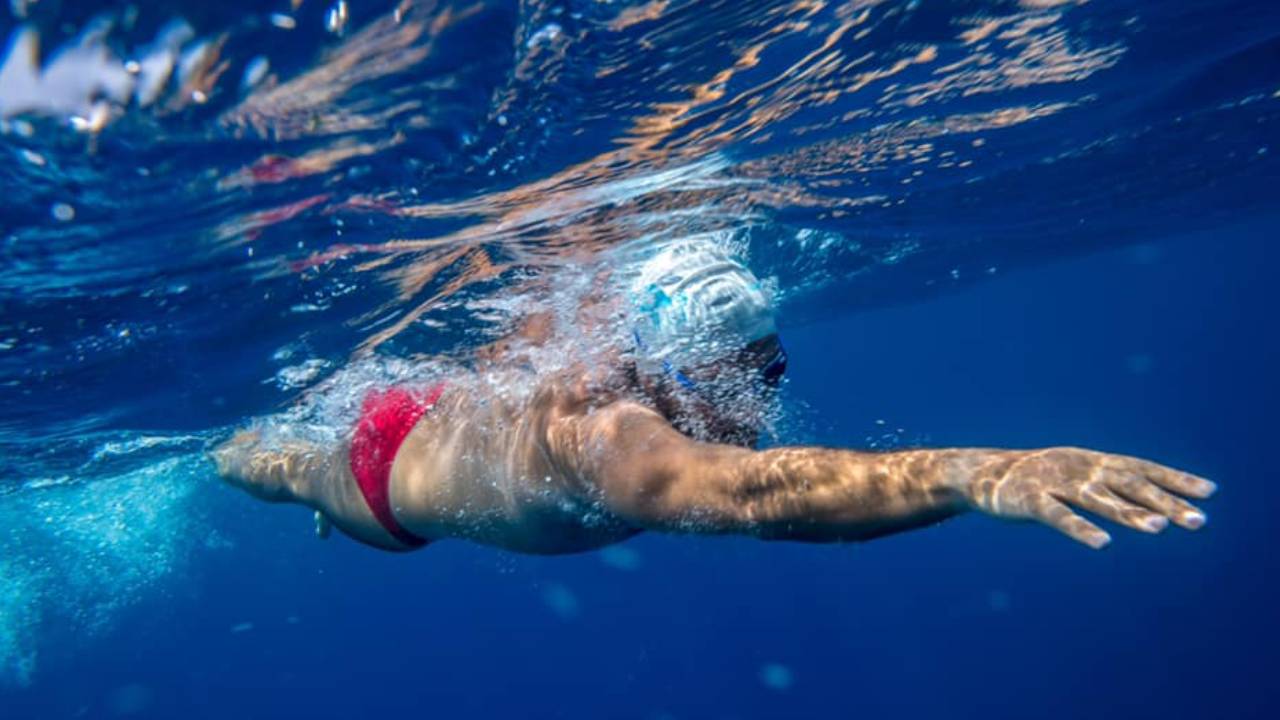 Double Wave of Change swim will be record-breaking as current record of longest continuous, unassisted, current-neutral swim along a single segment stands at 124.4km

Neil Agius will be attempting a world record-breaking swim for a staggering 130km in 50 to 55 hours from the island of Linosa, north of Lampedusa, to Malta.

All 32 crew members will assist Agius on five sailing boats and two rhibs.

The original starting-point, Tunisia, was changed because of bad weather conditions which prevented the crew from leaving the original location.

Since the team were waiting for the right time-window for this expedition to happen, it was decided that the crew will proceed in order to commence the incredible feat as soon as they received news that the time was right.

The crew sailed off to Sicily on Sunday 27 June and arrived early Monday morning with the swim kicking off at 5pm yesterday.

Although the swim will not be following the original route, it will still be a record-breaking one since the current world record of longest continuous, unassisted, current-neutral swim along a single segment stands at 124.4km.

“The decision was not taken lightly. We are practicing the mindset, I always talk about: listening to the forces of nature, taking note of the signs and improvising to reach the ultimate goal,” Agius said. “This doesn’t make the swim any easier or less of a challenge. All the exact same restrictions apply. It is still set to be a 50-55 hour non stop swim.”

Agius said the sudden change was all part of the training and the mindset he was committed to. “The excitement ramps up another notch!”

Wave of Change are encouraging the public to help by taking part in the Double the Wave Challenge, to collectively pick up 1 million pieces of plastic that would eventually end up in the sea.

For people to participate they have to pick up six pieces of plastic anytime, any place, and snap a photo of the plastic collected, tag #DoubletheWave and #waveofchangemalta, and nominate six people to join in.

“Please make sure you throw the plastic away in a recycling bin,” Agius said. “We would also like to see people keeping healthy and fit so we recommend that physical activity remains part of your daily routine. Picking up plastic when walking the dog or just returning from your car to your home is also an easy way to keep fit whilst caring for our environment.”

Keep track of the Neil Agius swim here (only viewable on PC and laptops), or for mobile devices download the YB Races app.

nextUNWTO in Mexico to Build on Historic Political Support for Tourism