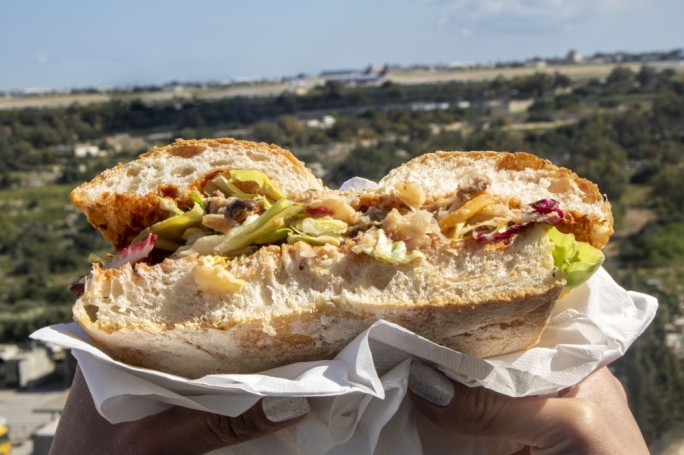 The trailblazing success of the ftira at UNESCO will lead the way for other Maltese traditions to find their place with this international representation of humanity.

In the context of practices and traditions, formally classified by UNESCO as Intangible Cultural Heritage in its 2003 Convention, then the answer to that question is quite simple – nothing.

The Convention defines Intangible Cultural Heritage as being:

[…] the practices, representations, expressions, knowledge, and skills – as well as the instruments, objects, artifacts and cultural spaces associated therewith – that communities, groups and, in some cases, individuals recognize as part of their cultural heritage. This intangible cultural heritage, transmitted from generation to generation, is constantly recreated by communities and groups in response to their environment, their interaction with nature and their history, and provides them with a sense of identity and continuity, thus promoting respect for cultural diversity and human creativity…

Up to 2020, the Convention had included 549 items from 127 different countries, including Yoga from India, Tango from Argentina, the art of Persian carpet-weaving from Iran and the Brasilian Samba de Roda. In December 2020, 35 other items coming from another four countries were added, and our Ftira was listed together with, among others, the Finnish Sauna and Couscous from North Africa.

And that is a great achievement indeed for this modest, yet delicious, fare. We are all familiar with this typical flat, ring-shaped, charred bun, which offers such versatility for its use. From the summertime ftira biż-żejt, to triangular wedges cut for scooping out portions of home-made dips, to a buttered perżut tal-għadma and ġbejniet filling, the ftira lends itself perfectly. What is perhaps less familiar is the origins and developments that led to the status and household name that the ftira enjoys today.

The skill of making it today finds its origin in true Maltese stone-oven baking tradition. First historical references are as the schiacciata or xawwata, with the former Italian term meaning ‘squashed’, while the latter Maltese means ‘something to be charred or scorched’. Back then, there was no way of telling the temperature of the ovens. Long experience had taught Maltese bakers the simple way of gauging whether the oven had reached optimal bread-baking temperature using the dough itself.

They would take small handfuls of the dough waiting to be baked into ħobż tal-Malti. These would be flattened to maintain the same surface area, both on the underside and on the top, as a ħobża. In this way, the baker would gauge the temperature, and these small specimens would also absorb the first blast of hot air in the oven, helping to stabilise the temperature. The charred dough would not be thrown away, obviously. Such a wanton squandering of food would be tantamount to a sin.

Over the years, the practice of snacking on these flat byproducts of ħobża-making spread beyond the walls of bakeries, and established itself firmly as yet another Maltese loaf, a close family relative of the ħobża tal-Malti, more ideally suited as a carry-out snack due to its easier portability and size. The ring-shape, resulting from the hole in the centre, further increased the surface-area of its elastic outer layer, and hence its character. And this holed loaf made its way, after centuries of traditional use, to a listing on the UNESCO Convention for the Safeguarding of the Intangible Cultural Heritage, carrying with it the name of our country.

Far too often, unfortunately, we tend to take our own products for granted, and think that foreign fare enjoys a higher level of prestige than what we have to offer. In the case of the ftira, this has not been the case, as dedicated Maltese individuals have worked hard to achieve this success.

The story of the ftira does not stop there however, since this baked treat has been developed further. The Nenu the Artisan Baker restaurants have come up with new and exciting uses, and are now offering it at the heart of a number of delicious options, perfectly combining tradition with innovation. The mouth-watering toppings, together with the fresh crunchiness of the ftira base make for a scrumptious meal that is second to none in taste, with the added plus of being potentially sampled by those sitting at the same table who ordered different toppings.

The trailblazing success of the ftira at UNESCO will lead the way for other Maltese traditions to find their place with this international representation of humanity. Leading the way among the list of files being treated for the 2021 cycle that are to be examined by the Committee at its sixteenth session in November/December 2021, we find the Maltese submission of L-Għana, our folksong tradition. We look forward to celebrating our second listing, listening to some għana, while munching on a ftira, and toasting to their success with a nice glass of local vintage.