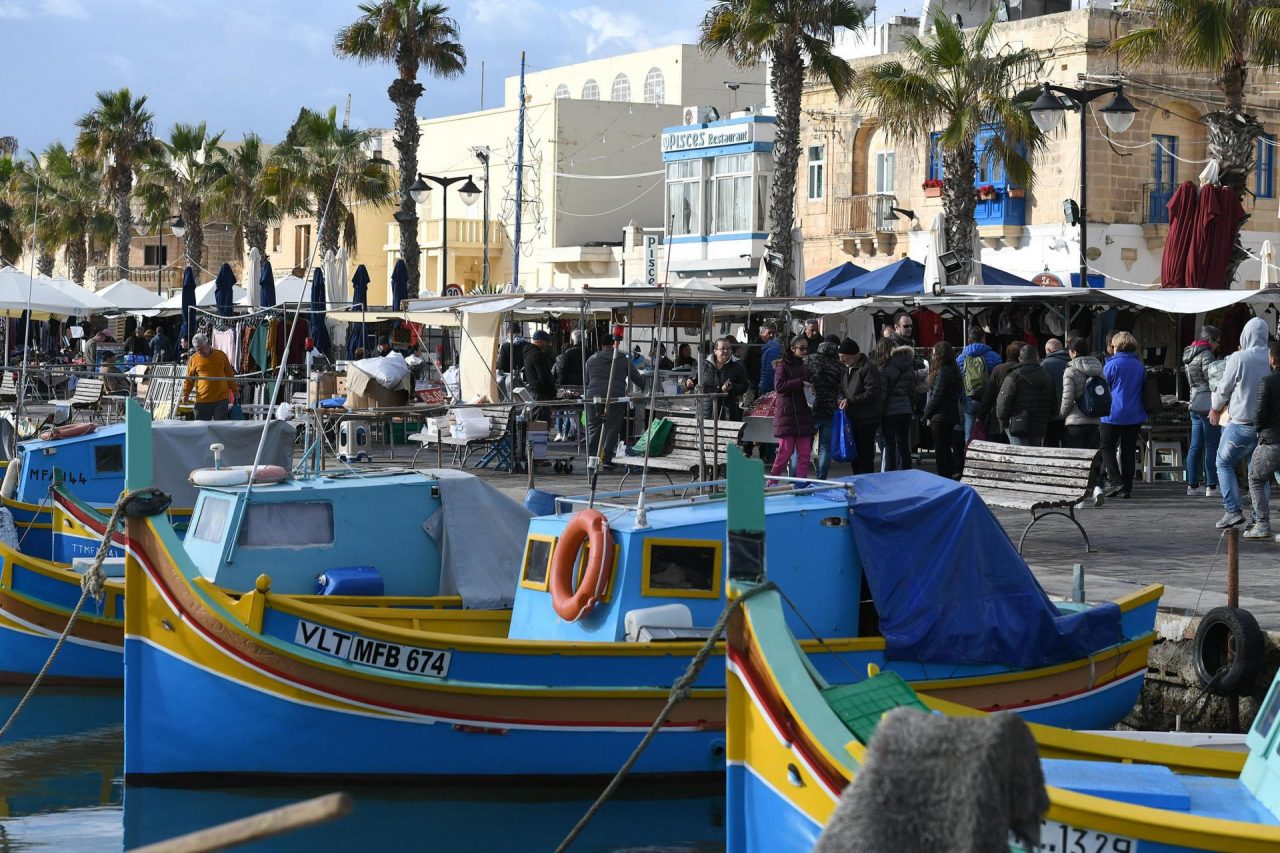 On November 5, residents and workers will have 45 minutes to find higher ground

It’s been more than a century since a significant tsunami struck Malta but the residents and workers of Marsaxlokk are being taught what to do in the possible eventuality of a 1.5m wall of water hitting the fishing village.

A little after 10am on November 5, sirens will sound and everyone will have 45 minutes to evacuate to higher ground before the imaginary natural disaster occurs.

The scenario, set up by the University of Malta’s Department of Geosciences, simulates a 7.9 magnitude earthquake in the Ionian Sea. A tsunami from this earthquake would take about an hour to travel to Malta’s shores.

The drill, on International Tsunami Awareness Day, forms part of a project, called the Tsunami Last Mile, coordinated by the Joint Research Centre (JRC) of the European Commission in collaboration with the Civil Protection Department and the University of Malta’s Department of Geosciences.

It follows two tsunamis in the Aegean Sea on June 12 and July 20, 2017, which affected the coasts of Greece and Turkey. In both cases, tsunami warnings did not reach the public in time. So the JRC designed a local tsunami warning network, organising drills in Greece, Turkey and now Malta to ensure the timely provision of alert information to the population in the case of a tsunami threat.

The system involves the installation of tsunami alert devices in the form of digital panels that broadcast warning messages, as well as sea level devices that detect the wave.

How likely is a tsunami?

The Malta drill, originally planned for last May, was postponed due to coronavirus restrictive measures.

Pauline Galea, head of the University’s Geosciences Department, said it was very hard to predict if Malta will be affected by a tsunami in the future.

“It is not easy to say how likely it is for a tsunami to hit Malta since it is a rare occurrence. What we know is that it has happened before so it can happen again. We, therefore, need to be prepared,” she said.

The last significant tsunami to hit Malta was on December 28, 1908. This was caused by a large earthquake near Messina in Sicily, causing flooding in coastal locations such as Msida and Birżebbuġa. Although the tsunami devastated Messina and Reggio Calabria, no lives were lost in Malta.

Galea explained that Marsaxlokk was selected for the drill for two reasons: the village was most at risk since it was most likely for a tsunami to come from the east. The south of Malta also houses important infrastructure such as the power station and the freeport.

“The situation on our island is different than it was 100 years ago when the last tsunami hit,” she said. “Now there is a lot more at stake, so we need to be prepared.”

How would it work for real?

The central Mediterranean is served by the Centro Allerta Tsunami of the Istituto di Geofisica e Vulcanologia, Rome. This is a 24-hour operation with the mandate to monitor earthquakes and potential tsunamis and issue tsunami alert messages to subscribed organisations including Malta’s CPD.

So in the case of a real earthquake at sea that poses a tsunami threat, Rome would alert the CPD within minutes. This will trigger a procedure involving continuously updated communication with other important responders such as the armed forces, the police, the health authorities and the local council.

To confirm whether a tsunami has been generated, real-time data from sea-level measuring devices around the Mediterranean is analysed. In Malta, stations in Ċirkewwa, Marsaxlokk and Delimara are already online and transmitting data to a global database of measurements from more than 700 stations.