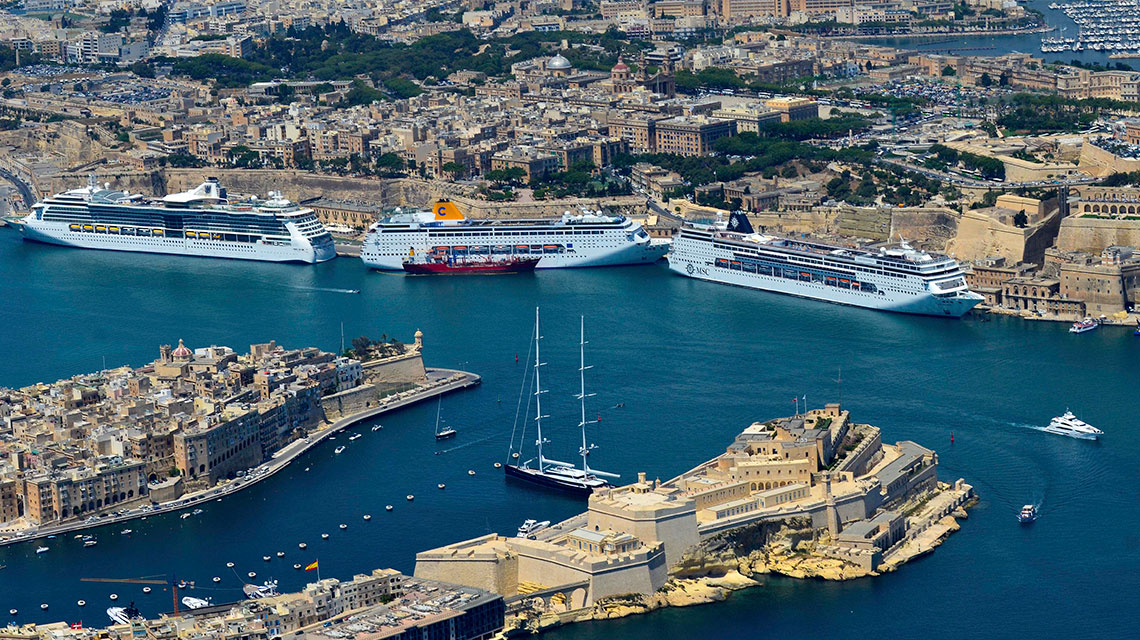 The number of people arriving in Malta on cruise ships in the first six months of the year was at levels last seen in 2014, as the industry tries to recover from the impact of the COVID-19 pandemic.

During the first half of the year, almost 163,000 cruise passengers docked in Valletta, according to the National Statistics Office.

Those figures are a huge increase on 2021, when there were just over 31,000 visitors between January and June. They are far off pre-pandemic levels, when there were almost 342,000 cruise arrivals during the same period.

The figures for the first six months of this year were last seen back in 2014 when there were just under 162,000 arrivals.

Malta is aiming to reach an overall total of 1.8 million visitors this year by air and sea, a figure which would bring the country to 2015 levels.

Other countries, such as Greece, say they are aiming to reach pre-pandemic levels of tourism this year.

The latest quarterly NSO statistics show there were 102 cruise liner calls between April and June this year, an increase of 83 on the previous year.

Cruise ships are most popular with older people, the statistics show with almost 40% of all passengers aged over 60.

Passengers between the ages of 40 and 59 made up around a third of passengers that arrived in Malta.

previousLufthansa ground workers to walk out amid airport chaos

nextDrowning among leading causes of death for kids, young adults: WHO