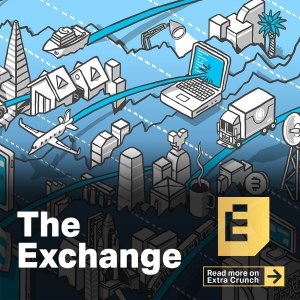 If we are not careful, every entry of this column could consist of SPAC news.

Special purpose acquisition companies, or blank-check companies, whatever you prefer to call them, are enormous business today. But they aren’t the only thing going on, and we’ll get to other things shortly. Consider this an apology for having written about SPACs twice in two days.

Yesterday, we considered the rise of the VC-led SPAC and whether venture capital groups that offer seed-through-SPAC money will wind up with advantage in the market over firms that specialize on any particular startup stage. Sticking to the blank-check theme, this morning we’re looking into two SPAC-led deals, namely those involving Rover and MoneyLion.

We’re doubling up to prevent more SPAC-related posts. And we’ve selected Rover because Chewy, another pet-themed entity, is an already-public company. As both were venture-backed, we may be able to contrast their trading performance post-debut. Sadly, Chewy is focused on pet e-commerce while Rover is more centered around pet services, but they may prove close enough for some loose comparisons.

And why chat about MoneyLion? Because it’s a heavily venture-backed fintech startup, one that TechCrunch has covered extensively. If its SPAC-assisted vault into the public markets goes well, it could smooth the same path forward for myriad other yet-private fintechs sitting atop a mountain of raised capital.

So this is a SPAC post, but as we’ll largely be looking at the financial health of two companies that we’ve heard about for ages and never got to see inside of, I hope you join me all the same.

We’re starting with the Rover investor presentation, before zipping over to MoneyLion’s own.

Rover is merging with Nebula Caravel Acquisition Corp., which is affiliated with True Wind Capital. The deal gives Rover an anticipated market cap of around $1.6 billion, with around $300 million in cash on its books.

So, how attractive is this new unicorn? You can find its investor deck here, if you want to read along as we peek.

First up, the company stresses rising use of digital services in the last year thanks to the pandemic and the fact that pet ownership is growing. Both of which are true. We’ve seen the accelerating digital transformation for both companies and consumers. And if you’ve tried to adopt a pet lately, you’ve seen how few are left waiting for forever homes.

With those things behind it, you might be wondering why Rover is pursuing a SPAC-led debut as well. If its market is hot and it has previously raised venture capital, why not just go public via an IPO? Because 2020 was tough on the company.

Revenue dipped from $95 million in 2019 to just $48 million last year. Bookings fell from 4.2 million to 2.4 million over the same time frame, leading to gross booking value falling from $436 million in 2019 to $233 million in 2020. Why? Because everyone was stuck at home. With their pets. A situation that limited demand for Rover-delivered pet services.