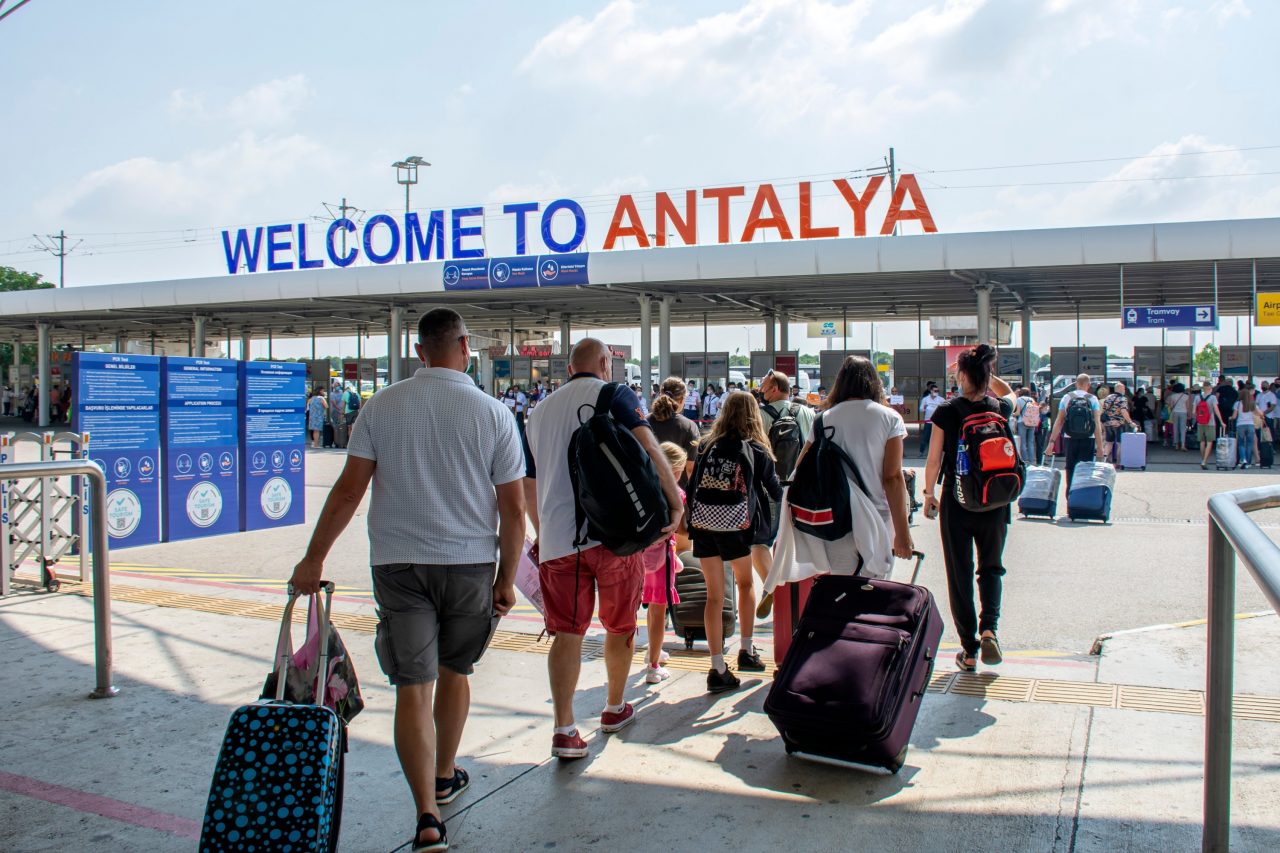 A flock of tourists from Europe, particularly Germany and Britain, two of the markets the Turkish tourism sector missed during the coronavirus pandemic, has provided encouragement for an industry worried about the potential impact of the war in Ukraine.

Moscow’s invasion of Ukraine is expected to hit the arrivals from Turkey’s top tourist sources, just as the crucial sector has continued to recover from the impact of measures to combat the spread of COVID-19 since 2020.

Industry officials remain optimistic about arrivals from Russia in Antalya, one of the most popular destinations in the Mediterranean, and are encouraged by bookings and arrivals from Europe.

“There is a very serious increase from Europe, especially from the U.K. and Germany. Planes from the U.K. have been directed toward Turkey,” said Mediterranean Touristic Hoteliers Association (AKTOB) Deputy Chief Kaan Kavaloğlu.

More than 1.11 million foreign tourists arrived in Antalya between January through the end of April, according to data compiled from the provincial culture and tourism directorate.

It marks a 162% increase compared to some 423,773 tourists who arrived in the four months of last year.

Germany topped the list among nations in the resort city with nearly 330,000 tourists arriving from the nation through the end of last month. Brits and Russians followed with 150,944 and 143,485, the data showed.

Some British tour operators are said to have added additional capacity for flights to Turkey, while industry officials expect flights from Russia to gain momentum this month.

Kavaloğlu expressed industry views that 2022 would be much better than the previous season, stressing the increased mobility steeming from the domestic market and from Europe amid the war in Ukraine.

“I think that this year we will host more than 1 million British tourists in Antalya and more than 3.5 million in Turkey,” he told Anadolu Agency (AA).

Hacı Osman Üçdan, an owner of a hotel chain in Antalya, said they exceeded the turnover of 2019, dubbed the best tourism season ever, as of April.

“Our hotels are more filled with British tourists. The European tourists bring in good revenues as well. We should not be embarking by relying only on a single market,” Üçdan told AA.

“In addition to the U.K. and Germany, we have guests from the Netherlands, Switzerland, Norway, Israel and Denmark.”

Ali Kızıldağ, a general manager of a hotel in Antalya’s renowned Belek town, echoes Üçdan’s view, saying that the 2022 season that has started with the European market is going on well.

Reciprocal flights with Russia started on April 29, Kızıldağ said. “Russian market will be dynamic in May if there be no problems. The arrival of budgeted numbers will further relax the sector.”

The number of foreign visitors arriving in Turkey jumped over 151% from January through March from a year earlier to around 4.9 million, according to data from the Culture and Tourism Ministry. The figure well topped around 1.95 million arrivals in the January-March of last year and 4.24 million in 2020.

The arrivals still came in below 5.44 million foreign tourists who had arrived in the first quarter of 2019 prior to the outbreak of the pandemic.

Foreign arrivals in March leaped by 129.7% to nearly 2.1 million, the data showed.

Tourists coming in from the U.K., another crucial market for Turkey, boomed by 947% on annual basis in March to 87,349.

Russian banks have been isolated from the global financial system after payment firms suspended their operations over Moscow’s invasion of Ukraine.

Yet, Treasury and Finance Minister Nureddin Nebati has said holidaymakers arriving from Russia will not face difficulties in making payments in Turkey, as the Russian payment system continues to grow in the country.

Russians and Ukrainians were the country’s first and third biggest sources of visitors, respectively, in 2021. Russians accounted for 19% of foreign visitors, with 4.7 million people, while Ukraine was the third-largest at 8.3% with 2.1 million people.