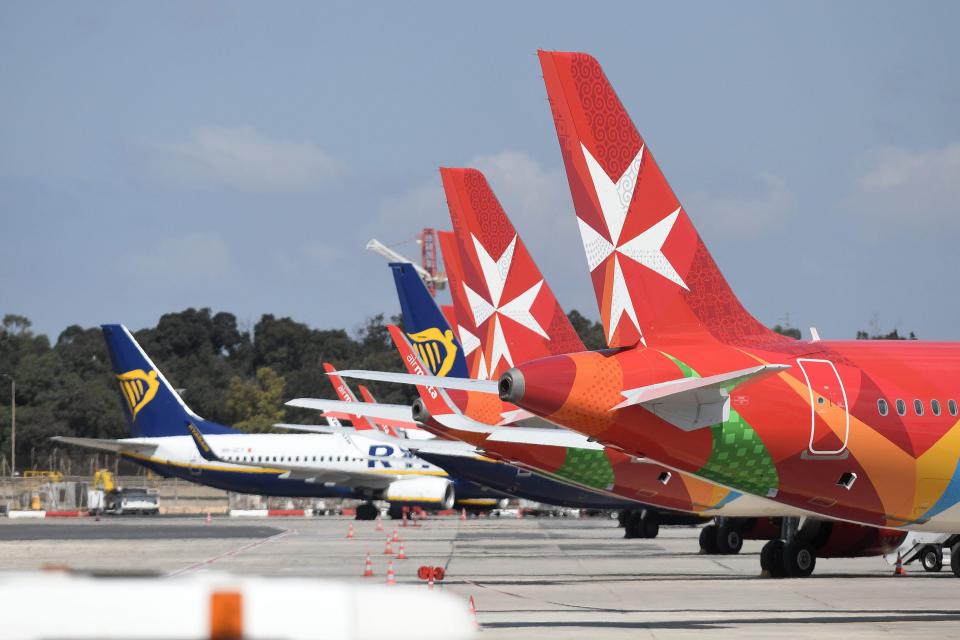 The average ticket for a return flight from Malta, within the EU, will cost travellers about €45 more by 2030 if a proposed tax on aviation fuel goes through over and above other costs faced by the industry.

The greatest impact on the public will be on freedom of movement and connectivity, warned Air Malta’s GM International Affairs Nadia Giordimaina.

“Taxation only makes the exercise of freedom of movement more expensive and out of reach for the public.”

The European Commission is proposing a progressive fuel tax on aviation fuel supplied in the EU for intra-EU flights.

Malta, as well as Cyprus and Ireland, have been resisting the proposals, which need unanimity to come into force.

Air Malta warned last week that the plan currently being considered by the EU, will considerably raise costs and undermine the economy.

“Nowadays in the post-accession period, passengers travel for a variety of reasons and not merely for tourism. Cases in point are children who travel to take part in competitions with football nurseries, other sports clubs or dance academies. Why should their dreams and aspirations be made unaffordable just because they happen to live on an island member state? The same goes for those who travel for study or EU-funded projects like Erasmus,” Giordimaina said.

EU accession has increased the mobility of workers and there are several who commute regularly for work-related purposes. They too will be impacted. The reduction of climate change in aviation can happen but it should not come at the expense of freedom of movement and connectivity, she said.

Why is the EU proposing the tax?

The EU’s Fit for 55 package targets reducing net greenhouse gas emissions by at least 55 per cent by 2030. The proposed package aims to bring EU legislation in line with the 2030 goal. The package includes a range of policies that seek to allow this to happen. One of them includes introducing a kerosene tax for intra-EU flights as part of the overall Energy Tax Directive (ETD) revision.

How will it work?

The proposal aims at a final rate of €10.75 per gigajoule in 2033. This is reached by gradually increasing the tax over a 10-year period from 2023 (a rate of zero) to 2033 (full rate). The coverage of the tax only applies to domestic and intra-EU flights. Cargo-only flights are exempt and also sustainable aviation fuel does not face any minimum EU taxes during that 10-year period.

Because taxes cannot be imposed outside of the EU. The exemption from taxation of aviation fuel on international flights is globally recognised and entrenched in the Chicago Convention and air service agreements.

Due to this difficulty to tax fuel on international air transport and the resultant distortion of competition for introducing the tax regionally, the EU introduced the Emissions Trading Scheme (EU ETS) in 2008 with full entry into force in 2012.

The scheme was originally intended to impact all flights to, from and within the EU, but from 2012 this was scaled down to intra-EU flights due to retaliation.

Are there other costs apart from the tax?

Yes. Apart from the EU ETS, the International Civil Aviation Organisation devised the Carbon Offset and Reduction Scheme for International Aviation. All these measures tackle CO2 emissions and add costs. Thus, the passenger ends up paying multiple times over for the same emissions

There is also the ReFuelEU Aviation – the proposal for an EU sustainable aviation fuel (SAF) blending mandate. It aims at increasing the share of SAF, which bring up to 85 per cent less CO2 emissions than regular kerosene, being used in aviation (currently less than 0.1 per cent).

What would this add up to?

This report considered four legislative proposals from the Fit for 55 package: EU-ETS, CORSIA, ETD and ReFuelEU.

The report, based on a series of assumptions (including forecasts of carbon and SAF price developments), found that the Fit for 55 increases the cost of a return flight of 3,000km within the EEA by about €45 per passenger in 2030 and €65 per passenger in 2035 compared to a no-policy scenario in those years. Malta falls in those brackets. Prices increase the least for Norway with on average €29 per ticket and the most for Cyprus with €61 per ticket by 2030.

We will be saving the planet, right?

Not necessarily. This will happen by shifting to cleaner fuels and not by diverting airline traffic due to taxation. The report found that the costs associated with Fit for 55 policies make European air travel more expensive. Higher costs reduce the demand for air travel to, from and within the European Economic Area (EEA) and cause a shift in demand to competing non-EEA hub airports and routes – longer travel times. Fit for 55 policies reduce aviation CO2 emissions, but carbon leakage due to the demand shift reduces these emission savings, the report finds.

What does this mean for Malta?

The report found that since longer distances within the EEA imply higher costs, airports closer to EEA borders (like Malta, Helsinki, Madrid, Cyprus) have a relative cost disadvantage in comparison to airports located more towards the centre of Europe.

Malta is set to face high costs too. The national carrier, Air Malta, operates to and from Malta, a small island member state on the periphery of the EU, that is dependent on air transport for the free movement of its people to the rest of the EU.

A tax on aviation fuel will not result in a modal shift to another mode of transport but will merely have a negative impact on Malta’s economic and social cohesion while isolating the islands.

The greatest impact on the public will be on freedom of movement and connectivity, explains Giordimaina.

Can the airlines absorb the cost?

This is not possible in the current circumstances. The competition will be fierce and airlines operating in Malta face various financial disadvantages.

Air Malta, for example, flies mainly intra-EU flights and thus its business model is impacted more than other airlines with operations outside the EU. The same will be the case for the low-cost carriers, since they operate mainly intra-EU.

Besides, Air Malta is concerned it will be placed at a further disadvantage since the taxation of fuel for all-cargo flights is exempt. This distorts competition vis-à-vis those airlines that carry belly cargo (passenger-cargo combination flights).

Why can’t we just swap to cleaner fuel?

SAF can be some three to five times more expensive than conventional jet fuel and not available in the desired commercial quantities. The European Commission has proposed mandates on fuel suppliers to supply a blend of SAF to be used with jet fuel as from 2025. Not using SAF will imply a higher reliance on emissions trading within the EU. This alone could lead to higher ticket prices. previousEra of €10 plane tickets is over, says Ryanair boss O'Leary