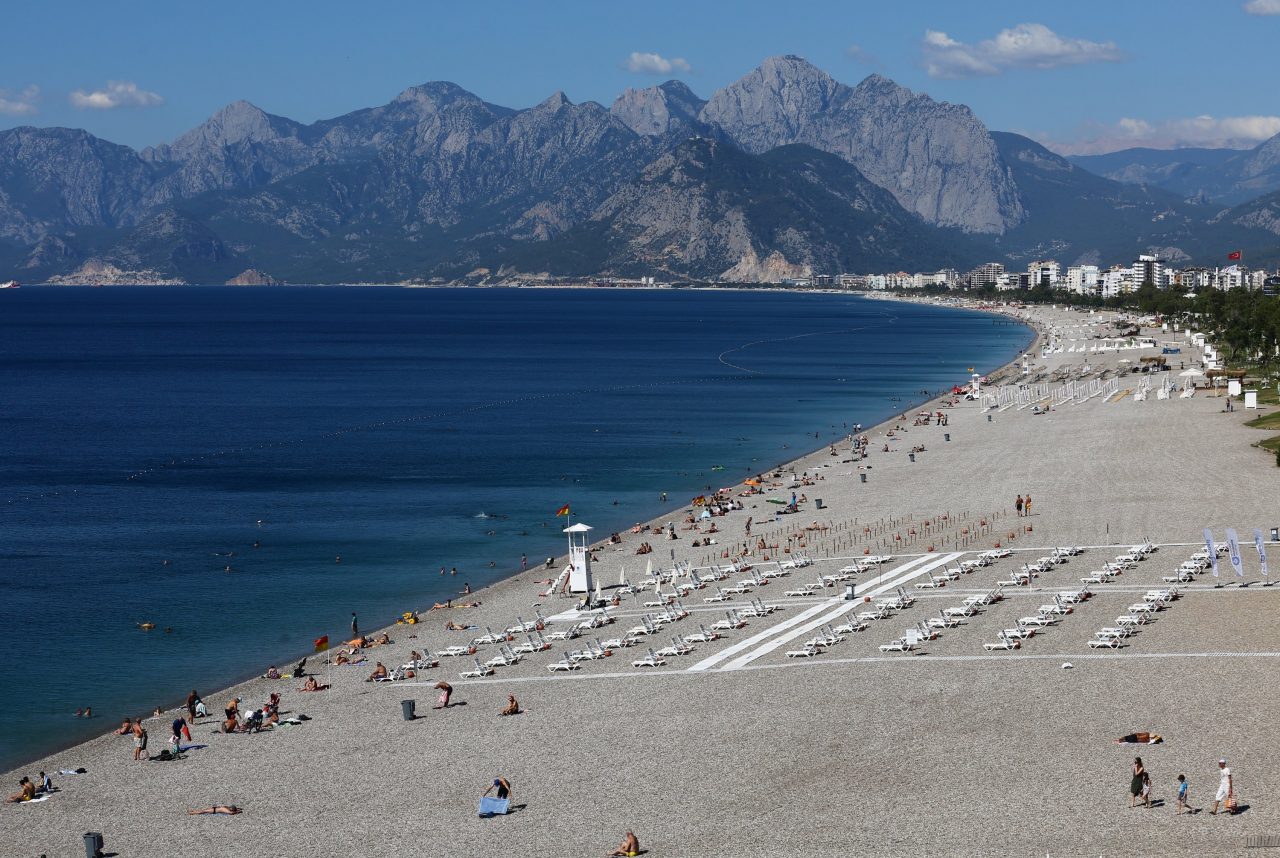 Despite the upcoming winter period, the occupancy rate of hotels in Turkey is still high with tourists extending the delayed tourism season, chairperson of the Russian Union of Travel Industry (RST), Irina Tyurina said.

Speaking to the Russian press, she said that the hotels in Turkey are almost full and some of them are not available for reservations until November.

“Despite starting with the disruption at the end of June, the occupancy rate of Turkey’s Mediterranean coast was high all summer. Now, most of the popular hotels have full rooms, it is impossible to find a place in these hotels until the end of the season. Some hotels will work longer due to high demand,” Tyurina said.

Russian tourists began arriving in Turkey at the end of June this year after a two-month flight suspension imposed by Moscow due to concerns about a surge in COVID-19 cases in April.

The head of the Association of Tour Operators of Russia (ATOR), Maya Lomidze, said at the time as many as 3 million vacationers from Russia – Turkey’s No.1 tourist market – could arrive by the end of September.

The “high season” could continue through October depending on the price and weather conditions, Lomidze noted.

“The 2021 summer season will be better for Turkey than last year in terms of Russian tourist flow,” she said.

Tyurina, meanwhile, further stressed that “the high demand for the autumn holidays is not only due to the delays due to the pandemic, but the result of a trend that emerged in 2019. This is due to the fact that tourists want to have a cheaper holiday. Because the prices in the velvet season are much lower than in the summer season.”

Tyurina, however, stated that charter flights will be restarted between Russia and Egypt’s touristic attractions of Hurghada and Sharm el-Sheikh as of Nov. 9, which is likely to decrease the demand for Turkey, though with a limited impact.

“The weather in Turkey is not that warm in November,” she said, thus making Egypt and the Red Sea more attractive.

Some 2.13 million Russians visited Turkey last year, the highest level of any country, but down from 7 million in 2019.