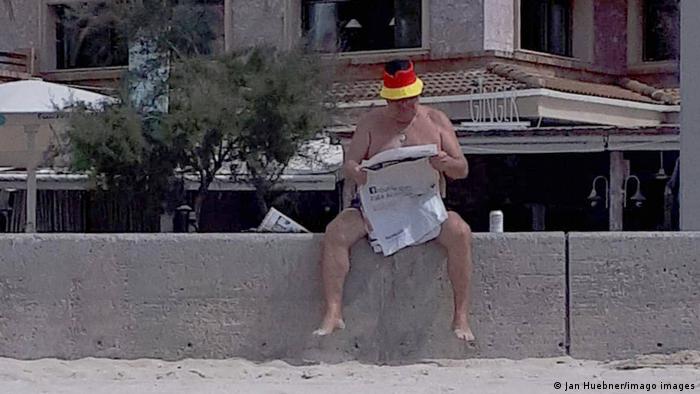 Germans are in no rush to book their summer holidays due to the coronavirus pandemic and the tourism industry is blaming lawmakers for talking down the prospects of foreign travel.

The German tourism industry is showing few signs of recovery with the travel forecast for the upcoming summer looking gloomy, sector chiefs said on Sunday.

Bookings for 2021 are already down on last year’s poor figures, Michael Frenzel, the president of the Federal Association of the German Tourism Industry (BTW), told Welt am Sonntag.

“For the summer season,” Frenzel began, “bookings are 76% below the figures for the same period last year in terms of turnover.”

Indeed, in spring, cancellations had even begun to exceed bookings, according to the BTW.

There may be a glimpse of light at the end of the tunnel, though, with shoots of optimism that the third quarter may provide some late summer sun, both for travelers and the industry itself.

“The majority of people are betting on late travel, in the fall,” the tourism chief continued. “You can see that from the fact that the declines in bookings for this period are lower than in the summer months before.”

The head of the BTW also has a message for German lawmakers, if the industry is to survive. He said they “need to stop the “stigmatization” around the concept of traveling.

Concerns are rising that foreign tourism hotspots could fuel a further wave of the pandemic.

Frenzel also believes in the notion of vaccine passports, giving those who have received a dose of the coronavirus jab a certificate, allowing them to travel. “These are not privileges, but basic rights,” he concluded.

The idea of vaccine passports appears to be doomed, however, despite positive noises coming out of Brussels as recently as last month.

On March 28, the EU’s Internal Market Commissioner Thierry Breton expressed optimism that Europe would have a summer tourist season this year akin to 2020, supported by a ramp-up in its COVID-19 inoculation efforts and vaccine certificates.

However, the so-called vaccine passports have been met with skepticism by some member states, while the United States has ruled them out on a federal level.

While many are keen to facilitate travel in any way possible, critics fear the travel pass will segregate vaccinated people and those who can’t or won’t get jabbed.