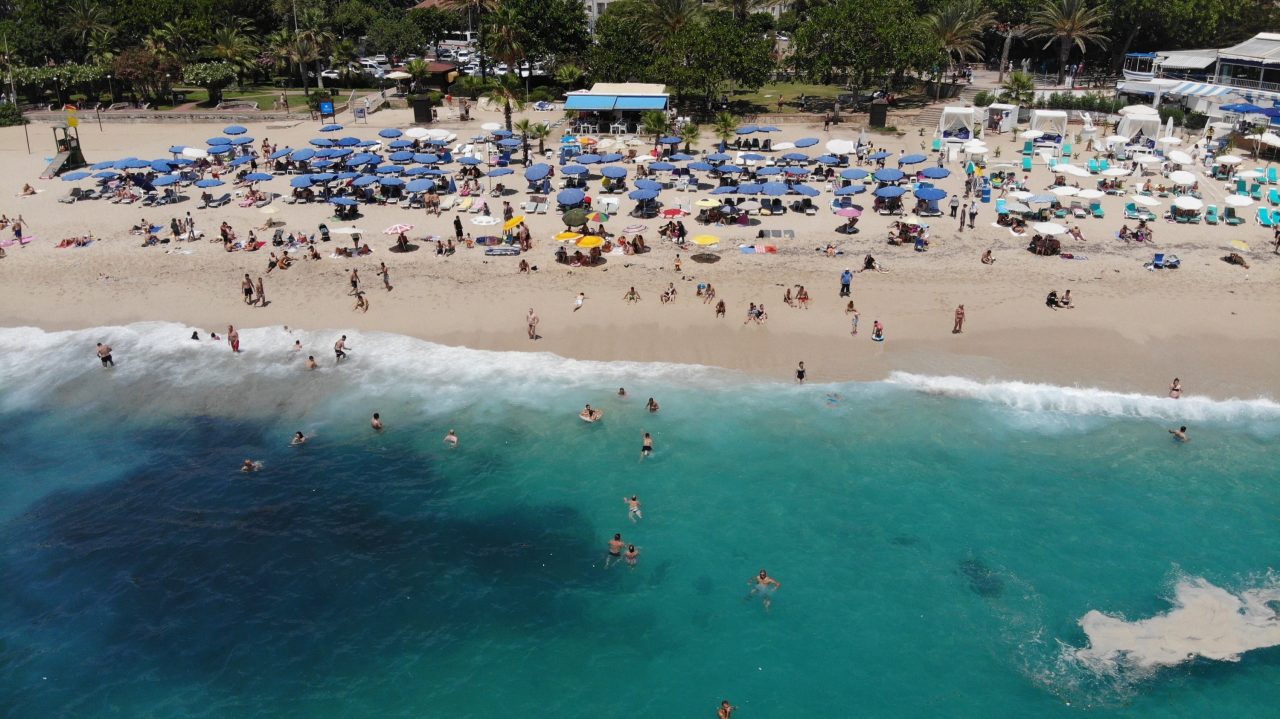 The famed Turkish resort city of Antalya has welcomed more than a million German tourists so far this year, according to Recep Yavuz, head of the Antalya City Council Tourism Working Group.

The news meant that for the first time in five years, German tourist arrivals overtook Russians, which used to make up the largest chunk of foreign visitors.

More than 3 million German tourists are expected to visit the Turkish Riviera resort this year, he added.

Yavuz wrote that “neither the increasing pandemic cases in recent days, nor the rising prices due to the Russia-Ukraine war can prevent Germans from traveling.”

“Tourism activity from Germany, which started in April, continued to increase with the summer vacation of some states at the end of June,” he said.

Explaining that while one-third of Germans go on vacation in their own countries, just as many visit Mediterranean countries, Yavuz said, “Turkey, Spain, Greece and Italy are the most preferred countries.”

“Families with children prefer Turkey, while young people prefer Spain. Besides Antalya, the Aegean and Istanbul are the regions most sought after by the Germans. Especially Antalya plays an important role in the choice of Germans with its very different hotel options and all-inclusive system.”

Yavuz noted that they expect German tourist arrivals to exceed 1.5 million through August, September, October and November and that this number will reach a total of 3 million toward the end of the year.

Families with children prefer the July-August period, Yavuz said, while middle-aged and retired people prefer the months of September, October and November to travel.

“Unless there is an extraordinary situation regarding the pandemic, we will see German guests in Antalya until the end of November this year. Antalya tourism will see 3 million in 2022 for the first time after 2015, when it hosted the highest number of German tourists in its history with 2.9 million holidaymakers,” he said.

previousPalestine Youth Orchestra to give 'Peace Concert' in Turkey