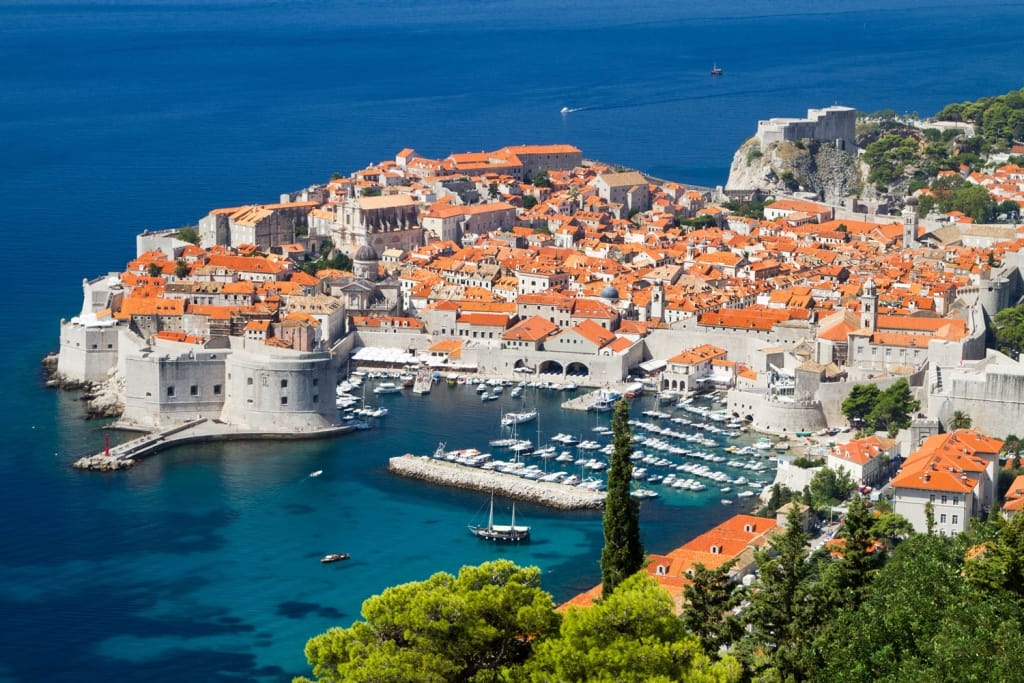 Croatia is on the amber list, meaning the UK government recommends that the public should not travel there unless it is essential.

Croatia is ready to welcome foreign visitors as it reopens it Adriatic coastline, its tourist board has announced.

It has become the first European country to drop most pandemic restrictions, but the ability for people to holiday there now depends on each country’s individual travel rules.

Croatia is on the amber list, meaning the UK government recommends that the public should not travel there unless it is essential.

In the Istria region, the northern-most part of Croatia, COVID-19 restrictions are almost non-existent.

Hardly anyone wears a facemask on the streets of Rovinj and social distancing limits for restaurants are rarely observed.

“People are fed up with lockdowns,” said Nikola Sandic, a waiter at a seafood restaurant in the town’s harbour.

“They have a glass of wine, watch the sea, and that’s all they need.”

After a slow start to the country’s vaccine rollout, jabs are now picking up – with officials predicting that almost half of the population will be fully vaccinated by mid-summer.

According to the Centre for Disease Control and Prevention, 30.9% of Croatians have received at least one dose of the vaccine and 16.8% of people have received both doses.

Tourism minister Nikolina Brnjac said the country is applying strict health measures to avoid a repeat of what happened last year when visitors ignored social distancing on the beaches and in bars, and the tourist season abruptly ended with Croatia facing a surge in coronavirus cases.

Tourism workers have priority for getting vaccines, and several PCR testing stations will be installed to make it easier for holidaymakers to obtain results they might need to provide when they return home.

Croatia’s amber list status in the UK means people should not go on holiday there unless it is essential, and anyone arriving back in Britain will need to quarantine for 10 days or go through a test-to-release scheme.

Holidaymakers who want to visit other countries on the government’s amber list such as Spain, France, Greece and Italy have been urged by Transport Secretary Grant Shapps to have “more patience”. Spain has been one of the hardest hit by the pandemic in Europe and has recorded 79,601 deaths and more than 3.6 million cases.

But on Saturday, it announced that visitors from the UK will be allowed to come for holidays without a negative PCR test from Monday.

Greece, another popular holiday destination, is also on the amber list and has been battling one of Europe’s highest coronavirus-linked death rates.

Vaccine hesitancy among the elderly has been blamed for the persistently high rates of deaths and hospitalisations.

Greece’s government has said it will invite vaccinated Brits into the country without tests.

France and Italy are also on the amber list and have said they will offer similar propositions soon.

There were 4,714 cases of COVID-19 in Italy on Saturday, as cases continue to drop.

Portugal, Australia, New Zealand, Iceland and Gibraltar are all on the UK’s green list countries.