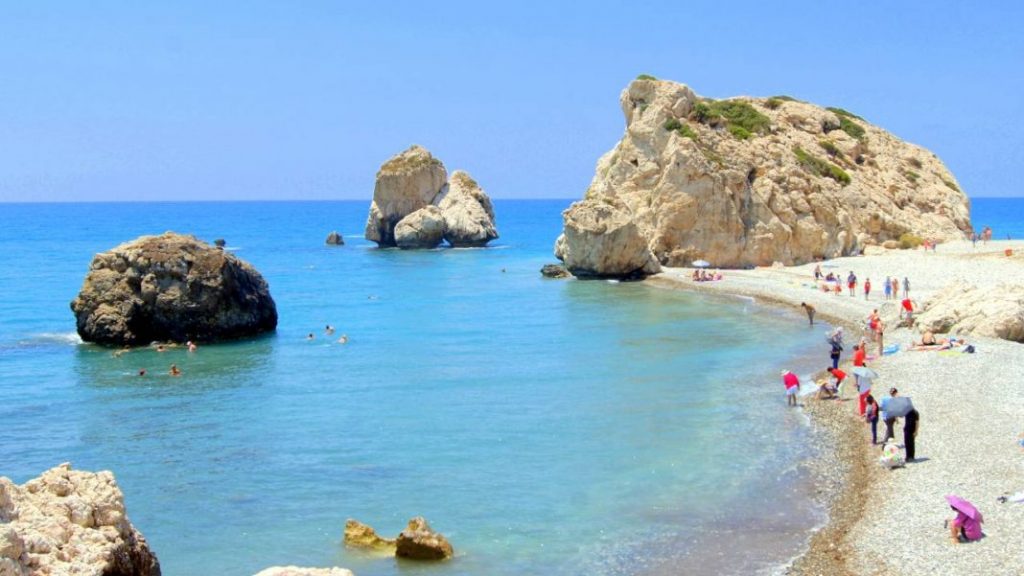 Cyprus is one of Europe’s top destinations for all seasons, attracting over two million visitors each year.

The island boasts a typical Mediterranean climate, and is guaranteed to grant you a peaceful getaway thanks to its countryside, architecture and history. Not to mention the laid back, caring and warm nature of the locals!

Here are our top reasons to crave a trip to Cyprus up next.

This was once the ancient city of Paphos, founded in the late 4th century BC and originally encircled by bastions. Today, it’s home to many a spectacular mosaic based on your favourite Greek myths. You will need a couple of hours to really take in all that Paphos has to offer, but every second spend between those ruins is worth it, we promise!

Well who doesn’t want to feel like a Greek goddess of beauty? Even if you don’t actually go there for a dip, if you’re keen on myths and legends, this is the place for you. One of Greece’s most beloved goddesses is said to have been ‘born’ here, and a short dip in the sea beneath the rocks which hosted her is said to grant you eternal youth. Worth a try.

This will give your childhood imagination a run for its money. Hidden rooms and passageways, tunnels, crumbling towers, a magnificent skyline. St Hilarion has it all. One thing you will definitely not want to miss? The view from the very peak of Prince John’s Tower. The climb up is exhausting, but worth it.

THIS Mount Olympus is one for the adventure junkies. This is the highest point in Cyprus (1,952m) located at the heart of the Troodos Mountains in central Cyprus. Mount Olympus may not lead you to the house of the gods, but it will give you the most stunning view of the Mediterranean Sea and the island’s landscapes.

The Sanctuary of Aphrodite

No surprise that this is one of the most important ancient sites dedicated to the goddess of love and beauty. It is a UNESCO World Heritage Site, and home to a 12th Century conical stone, which was used as a tribute to Aphrodite until the Roman era. Eventually you will also find ruins of an old Roman villa, and of course, the most breathtaking views of the sea in the distance.

previousWATCH: This is how THIS Mediterranean island does festivals

nextFive 'travel reads' to carry with you on your next trip