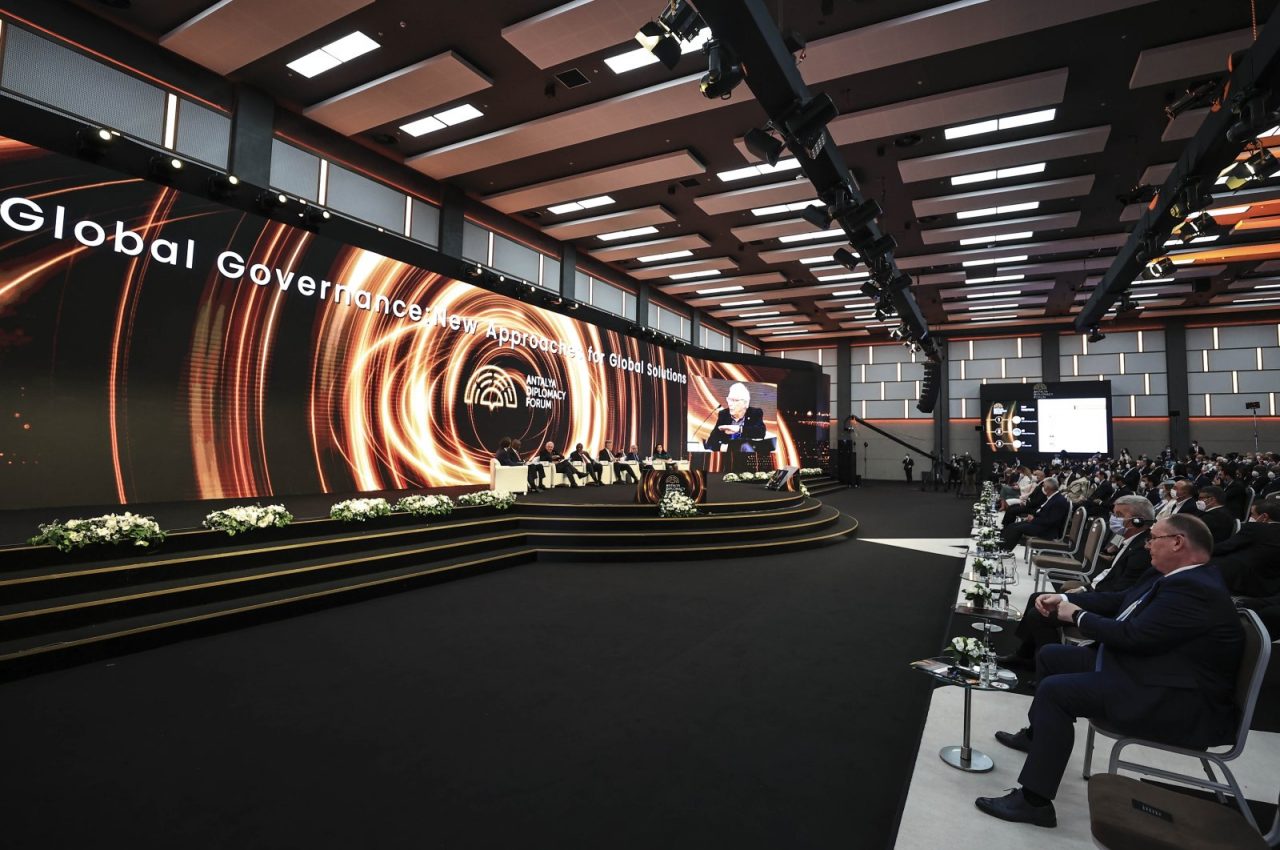 World leaders attending a diplomacy summit in Turkey’s southern Antalya province called for joint and fair action to tackle global problems, especially those that arose during the coronavirus pandemic.

Underlining the importance of initiatives such as COVAX to ensure fair distribution of COVID-19 vaccines, European Union foreign policy chief Josep Borrell said the pandemic has shown that countries were more involved in competition than cooperation.

“We must say that no one is safe until everyone is safe,” Borrell added during his speech at the Leaders’ Panel at Antalya Diplomacy Forum.

Kenyan President Uhuru Kenyatta also criticized the global failure of equitable vaccine distribution saying, “We encountered a nationalism and prejudice that we had never seen before, and saw important vaccines being hoarded by other countries.”

“We have seen that the global system isn’t actually working equitably and fairly for all of us,” he added, saying that this “drove us to a challenge to overcome.”

He said that in order to overcome its current challenges, the world needs more “democratized systems” and “more inclusive decision-making processes.”

“We need to find a greater global governance in order to be able to ensure that we live in a fair, equitable world where we all take responsibility,” he added.

This applies to all global challenges, including the pandemic, terrorism, cyber-attacks and climate change, said Osmani.

“Struggles with climate change and other things are something that we should understand that will affect us all one day,” she stressed. “We need to see a future that is inspired by innovation and digitalization.”

Jovenel Moise, Haiti’s president, also spoke, saying that “international cooperation was insufficient” during the recent global crisis, adding, “Our world has become a town, and here we have seen another trouble arise.”

Abdullah Abdullah, chairman of the Afghanistan High Council For National Reconciliation, also stressed the need for more cooperation to overcome the challenges of today’s world.

“No country in the world was prepared for a pandemic,” he said. “We need cooperation and leadership, and everyone understood the importance of that.”

Mathias Cormann, secretary-general of the Organization for Economic Cooperation and Development (OECD), also spoke on how to break the negative effects of COVID-19 on world economies and how to achieve global economic recovery.

The drop in many states’ national income due to pandemic restrictions and the inadequate availability of COVID-19 jabs in some countries is the top priority, he said.

Cormann stressed that the OECD’s primary goal is to ensure that the world’s societies regain their welfare levels, as well as underlining how crucial equitable and adequate distribution of the vaccine is.

He said if new variants of the virus spread, existing vaccines may not work.

“We must work together to make the world a better place,” he said.

Debates of global importance will be analyzed in-depth during the forum, including the Balkans, the future of Europe, trans-Atlantic relations, refugees and migrants and the threat of terrorism. There will also be a session on Turkey’s proposal for an Eastern Mediterranean conference.