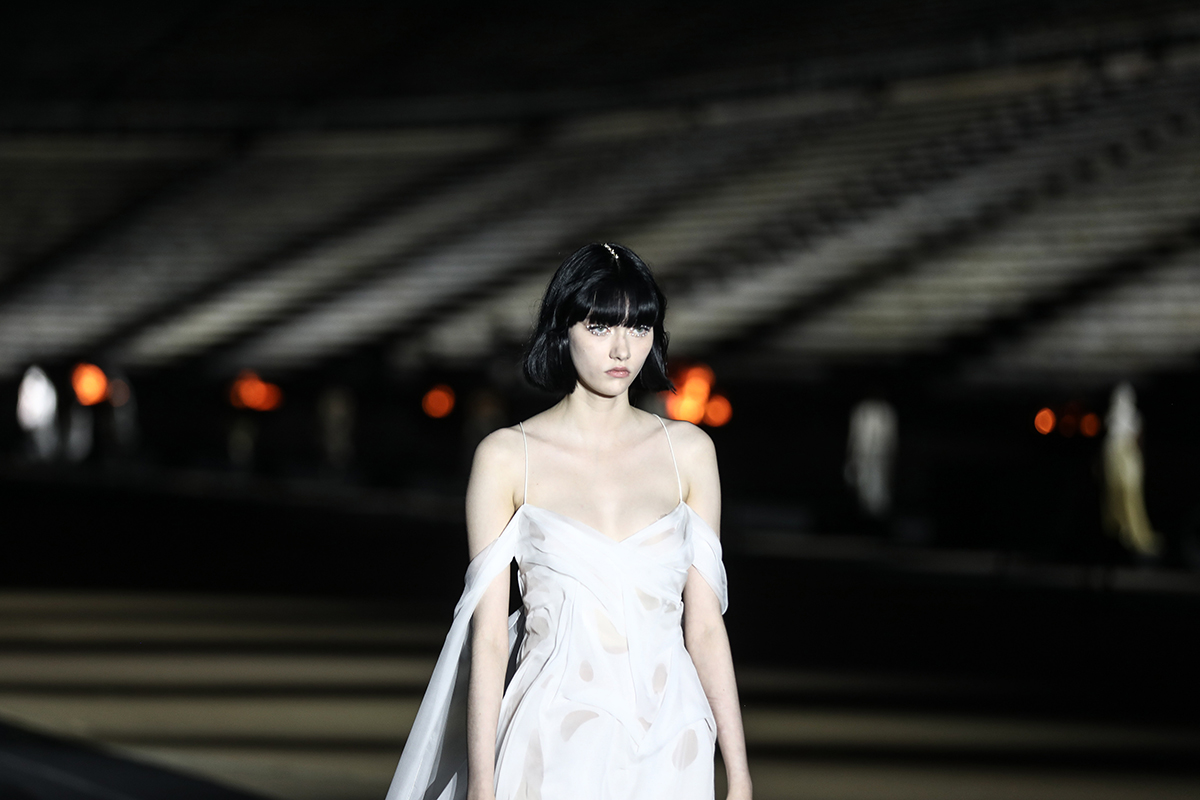 A jaw-dropping Dior fashion show was held in Athens at the Panathenaic Stadium on Thursday for the major fashion house’s “Cruise 2022” collection.

Setting the show at the world famous, historically significant, and most importantly decidedly Grecian “Kallimarmaro” stadium is clearly a nod to ancient Greece, which acts as a huge inspiration for Dior.

At the helm of the show held in Athens was Maria Grazia Chiuri, Dior’s current creative director. Chiuri sees fashion through a feminist lens and in terms of the Dior “Cruise 2022” collection, she researched and subsequently channeled a lot of information about powerful ancient Greek women.

Chiuri’s inspiration explains why the setting of the show has been done in such an explicitly historical place, as well as the contents of the collection which are almost certainly Greek-inspired.

The creative director has chosen to implement Grecian dresses and draping in previous Dior shows, seemingly making Greece a theme in her work. In the “Cruise 2022” collection, the Dior designer chose to pair these traditional forms of dress with chunky and noticeable sneakers, evoking a powerful contrast which may elude to a sports or Olympic Games theme.

“It gives this idea that they are not statues, but are active in the world,” says Chiuri of the gowns being paired with athletic wear.

“It’s really something absolutely contemporary: all the things that are under the dress are technical things that you can use also to run.”

“The peplos also is an element that allows the body to move freely, that evokes women in movement, and no one more than an athlete moves their body in a really active way,” Chiuri continued.

“So my idea was to culminate all these elements inside the show,” the creative director continued.

The feminist and ancient Greek sources of inspiration that Chiuri drew from when formulating this collection are evident throughout and create a powerful message, especially when set against such a stunning backdrop. 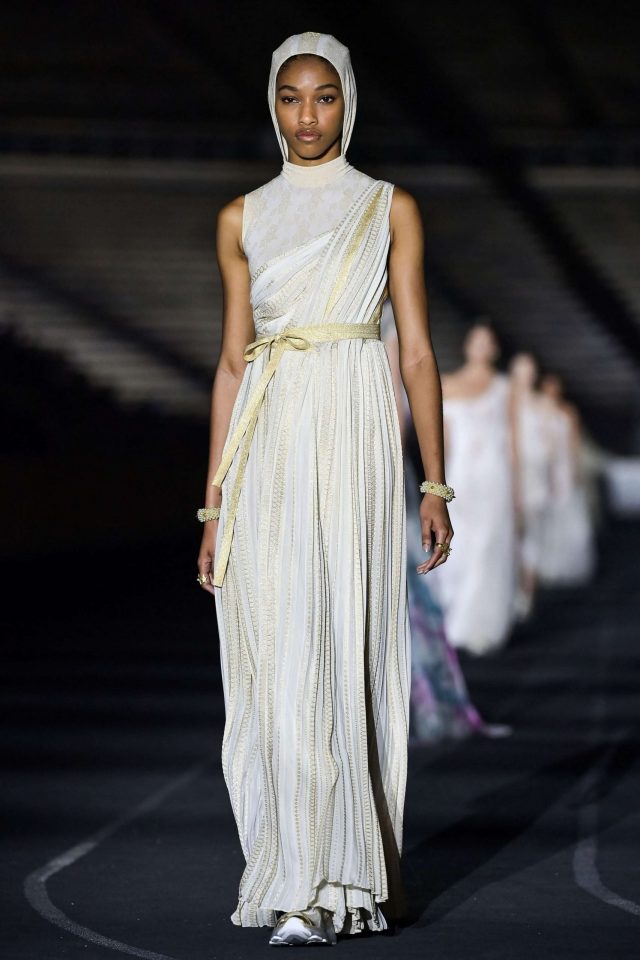 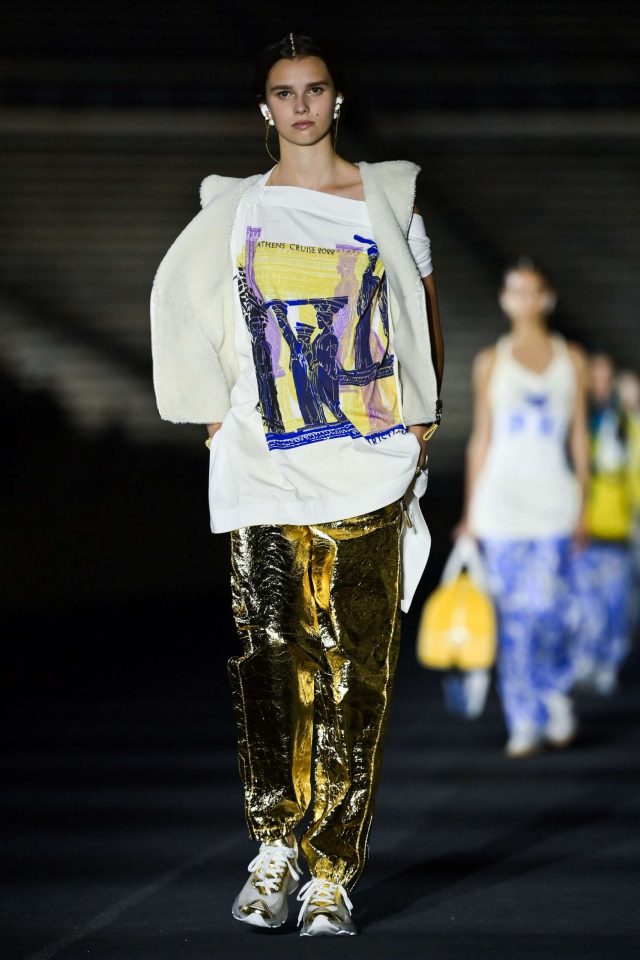 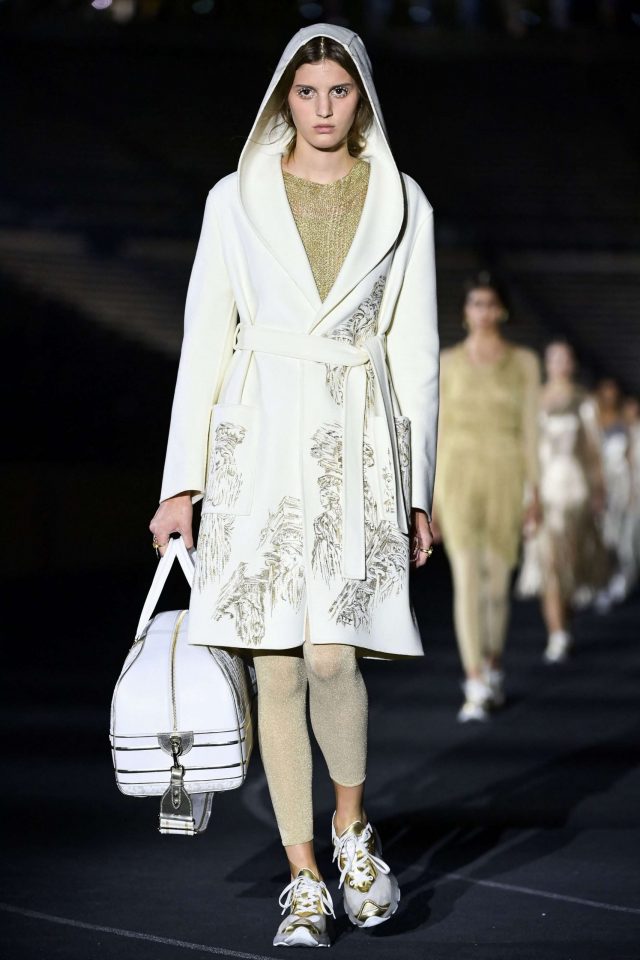 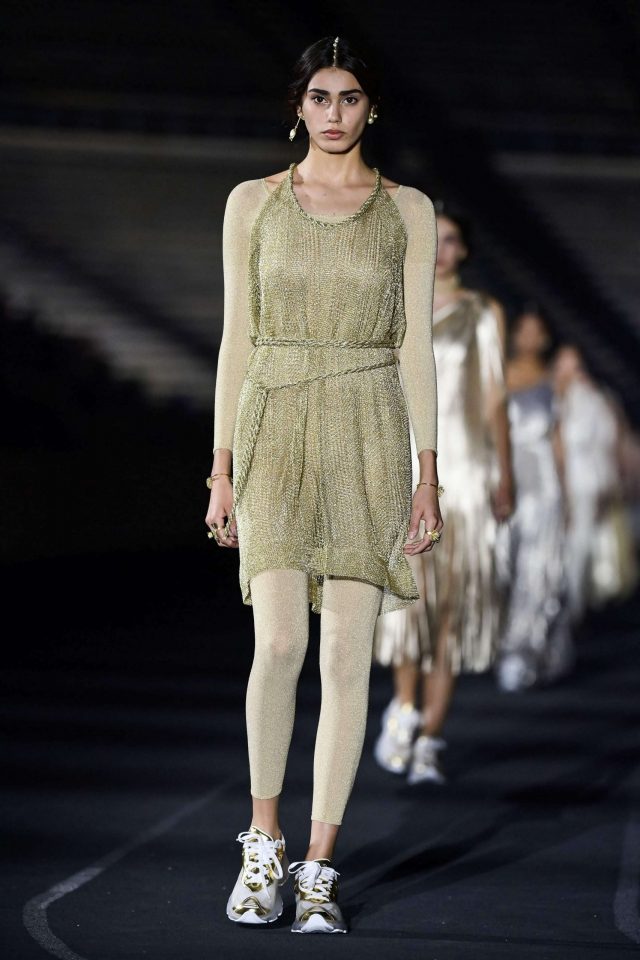 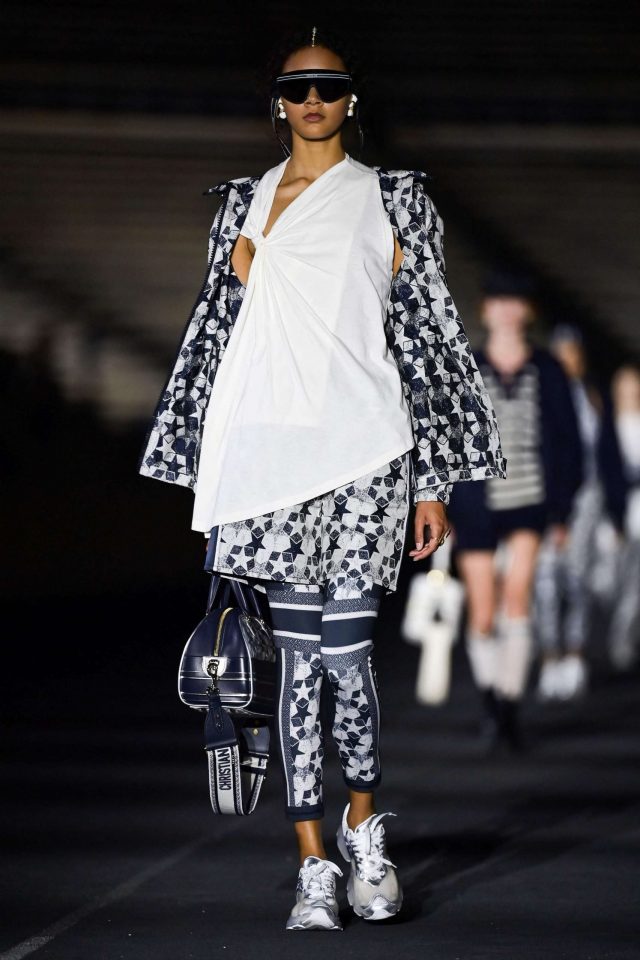 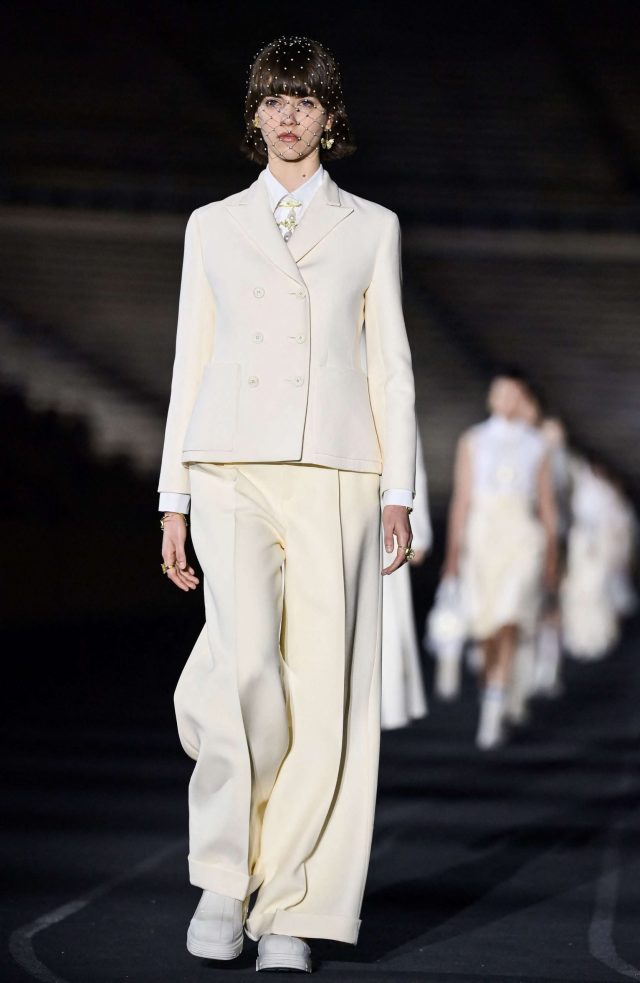 This is not the first time that Dior has sought to hold a fashion show in Greece. The show which was held on Thursday at Kallimarmaro actually succeeds a Dior show held in Athens in 1951.

The show, which presented the 1951 autumn/winter haute couture collection, saw models pose in front of the Caryatids, mirroring their grace and taking a cue from their impressive outerwear.

At the time of the Acropolis show, Dior was 46 years old. He had just established his own fashion line in Paris, reviving haute couture in the “City of Light,” which had suffered significant losses after World War II.

Fast forward to today, and Dior returned to Athens to host its most recent fashion show at the Panathenaic Stadium.

The stadium, where the first modern Olympic games were held in 1896, is a multi-purpose facility in the city’s center. It is the only stadium in the world built entirely of marble.

The show in its entirety, with a beautiful Greek setting, can be seen below.