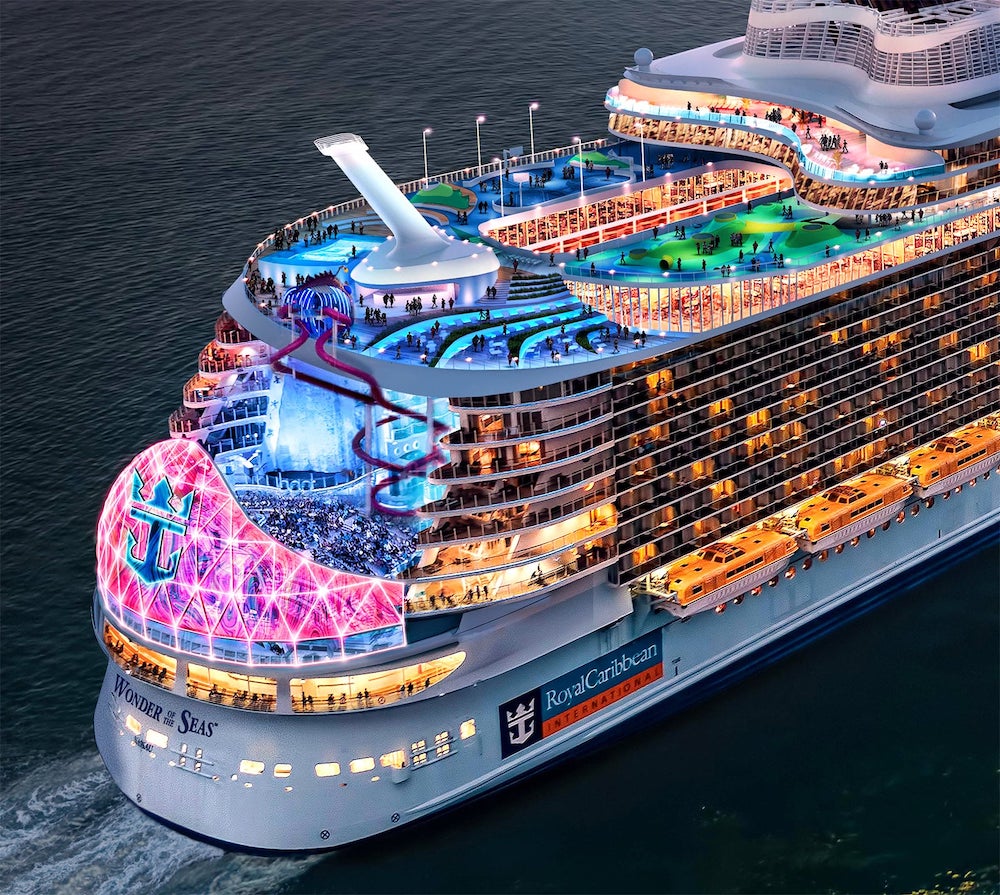 Royal Caribbean International has announced that the world’s largest cruise ship, Wonder of the Seas, will sail in the Mediterranean next summer.

The new mega-ship will sail from its home in Fort Lauderdale, Florida, to the Caribbean on March 4, 2022, before heading to Barcelona and Rome in May for the summer season.

The cruise line said it has seen a “significant increase” in bookings for its returning ships in Europe and the UK, so it is bringing the Oasis Class ship to the Mediterranean to meet the growing demand.

Wonder’s Caribbean itineraries are now available to book on Royal Caribbean’s website and the new ship’s European sailings will open on September 22.

The Wonder of the Seas Mediterranean itineraries in 2022 replace those planned for Allure of the Seas.

Allure will now sail from Fort Lauderdale on six and eight-night Caribbean cruises, which have been opened on Wednesday (September 15) for bookings.

Passengers currently booked on Allure’s 2022 Mediterranean itineraries will automatically be rebooked to sail on Wonder. Affected passengers and travel partners will be contacted with further details.

Michael Bayley, president and chief executive at Royal Caribbean International, said: “The momentum taking off across bookings and our returning ships in the US and Europe is significant.

“With half of our fleet sailing again, we are encouraged by what we’re seeing. These regions are in the position to welcome a brand-new, innovative ship like Wonder of the Seas.”

Its inaugural European season will start in May with seven-night cruises from Barcelona and Rome.

The ship has capacity for 6,000 passengers and new features include the Suite Neighborhood; a cantilevered pool bar named The Vue; and Wonder Playscape – an interactive, open-air kids’ play area.

As with other Oasis Class ships, it also offers the tallest slide at sea, The Ultimate Abyss; the FlowRider surf simulator; twin rock-climbing walls; and the 10-deck-high zip line.

The vessel is the fifth in the line’s Oasis Class and was originally scheduled to enter service from Shanghai next March.