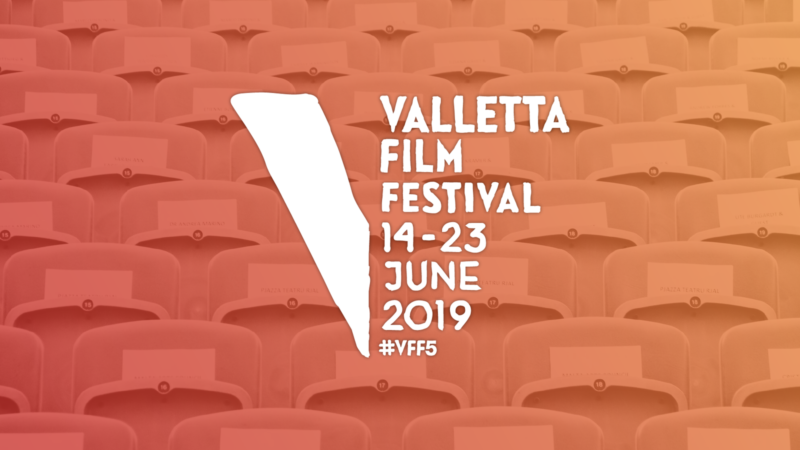 Malta’s capital city Valletta might not be a place that first comes to mind when we talk about the movies, but it’s baroque beauty and own epic narratives make it a natural host for Malta’s biggest film event of the year, the Valletta Film Festival. Now in its 5th year, VFF attracts over 10,000 people a year and has secured a firm place on the country’s cultural calendar, presenting a selection of international high-quality feature and short films over a ten-day period. Over the years the festival has also hosted a variety of world-renowned filmmakers, from Sir Alan Parker to Peter Greenaway. And this year is no exception.

The festival, which runs from 14 to 23 June, measures up to its location’s credentials as a world heritage site, enhancing the cultural cache of this glorious city. There are four key venues peppered around Valletta that host the festival: Pjazza Teatru Rjal; Pjazza San Gorg; Spazju Kreattiv and Valletta Campus Theatre. City Lights bar also presents a selection of Talent Talks throughout the festival, giving audiences the chance to hear filmmakers discuss their work in a relaxed and intimate setting.

From the playful to the dramatic, the eloquent to the slapstick, the festival’s programme takes front and centre stage. Throughout the year, the festival programmers work tirelessly, scouring festivals around the world – from Cannes to Sundance to the Berlinale – to put together an exciting and eclectic programme. Not just for the dedicated cinephile, the festival is guaranteed to offer something to everyone. There are 8 groupings to choose from Islanders; Without Borders; Cinema of Small Nation Competition; Piazza Teatru Royal; Piazza San Gorg; Teens Only; Kids Weekend; Masters of Cinema.

Two legendary European auters join this year’s festival line up: Liliana Cavani and Bela Tarr. Both will attend the VFF for the first time, presenting their work in person. Italian director Liliana Cavani is renowned for her rich visual language. With a plethora of titles under her belt, she is best known for her erotic psychological thriller The Night Porter, which created a sensation on both sides of the Atlantic when it was released in 1974. The film stars Dirk Bogarde – who, as an aside was in Malta in 1954 to film the war drama They Who Dare – and Charlotte Rampling. The Night Porter screens Monday 17 June at Spazju Kreattiv, with Cavani in conversation. The director will also host an hour-long Master Class on Tuesday 18th June at Valletta Campus Theatre. Hungarian director Bela Tarr whose mesmerizing long-takes, socio-political commentary and distinctive cinematic voice have earned him international critical acclaim. Tarr will host a Master Class on Saturday 22 June at The Phoenicia Hotel.

Once the hot June air has chilled a little and the moon is bright overhead, these two historical venues transform into sites of cinematic wonderment. Pjazza Teatru Royal, also known as the Royal Opera House, was redeveloped in 2006 by architect Renzo Piano as part of a wider project to regenerate Valletta. It is now a stable of VFF and its programme is dedicated to showcasing new and exclusive work. High-profile festival winners are premiered here daily. Expect titles such as Asif Kapadia’s Maradona and the winner of this year’s Golden Bear, Synonyms. Just a few meters away in the heart of the city centre is Pjazza San Gorg. With the Grandmaster’s Palace as its backdrop, the square is the place to watch a mixture of new and classic short and feature-length films, and all for free!

A segment of VFF that has been a part of the annual programme since its inception, this strand of the festival aims to celebrate a particular region or culture. This year the focus is on one specific language and is dedicated purely to Francophone cinema. From different parts of the world, the French language is what binds these film together. Expect titles from France, Belgium, Canada, Senegal. A new edition to this year’s programme is a competition exclusively for films that have been produced by smaller nations. A total of 34 small nations from across Europe, the Middle East and North Africa are eligible to participate. Awards are presented to the Best Feature, Best Documentary, Best Short and Nest New Talent.

VFF also offers an exciting programme for its younger audiences, giving them the opportunity to watch and be inspired by new international and independent films. Those 13 and over can enjoy a diverse selection of shorts, narrative and documentary films through VFF’s Teens Only programme, While VFF’s littler audience members can choose from a variety of fun animation and live-action titles.

The Valletta Film Festival can be enjoyed by purchasing one of the five passes on offer or individual tickets that go on sale two weeks prior to the commencement of the festival.

For more information about the films and guests attending the festival visit www.vallettafilmfestival.com