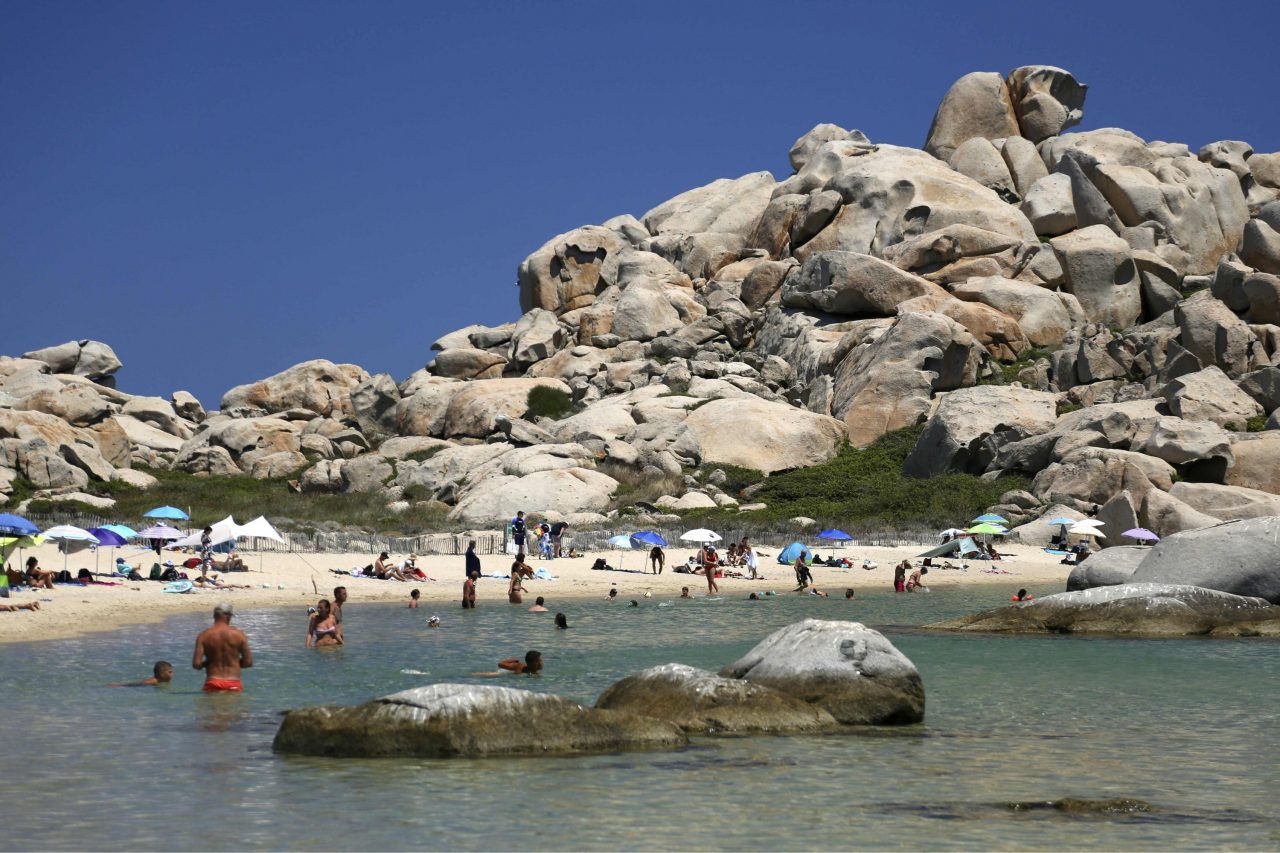 An “exceptional” marine heat wave is gripping the western Mediterranean with surface temperatures up to 5 degrees Celsius (41 degrees Fahrenheit) hotter than average, according to experts contacted by Agence France-Presse (AFP).

Although the record-breaking heatwave that baked northern Europe and Britain this month has subsided, the experts said the persistently hotter-than-normal temperatures in the Mediterranean posed a threat to the entire marine ecosystem.

“This huge marine heatwave began in May in the Ligurian sea” between Corsica and Italy, said Karina von Schuckmann, an oceanographer at the non-profit research group Mercator Ocean International.

She said it then spread to the Gulf of Taranto in the Ionian Sea.

By July, the heat wave had engulfed the Balearic Islands, Sardinia and the Tyrrhenian Sea.

“The surface temperature anomaly map shows higher than normal values, in the order of +4 to +5 degrees Celsius from the east of the Balearic Islands to the east of Corsica,” Mercator said in a statement.

While humans might find the warmer water temperatures pleasant in the tourist hotspots of the western Mediterranean, the group warned that “ocean warming impacts the entire ecosystem.”

“It is important to be aware of the possible consequences for local fauna and flora, as well as the occurrence of extreme weather events that could result in natural disasters,” it said.

Von Schuckmann said unusually warm temperatures could cause irreversible migration for some species and “mass die-offs” for others.

She noted knock-on effects for industries such as tourism and fishing, which rely on favorable water conditions.

According to the United Nation’s climate science body, marine heatwaves have already doubled in frequency globally since 1980.

Although the Mediterranean only counts for one percent of Earth’s ocean surface area, it contains nearly 20% of all known marine species.

A study published this month in the journal Global Change Biology found that the Mediterranean had experienced five consecutive years of mass mortality events between 2015-2019.

France’s CNRS research center has noted that marine heatwaves in 1999, 2003 and 2006 caused mass die-offs for some species, notably the Posidonia, a genus of flowering plants.

“We can predict the main impact will be on fixed organisms such as plants or corals,” said Charles-Francois Boudouresque, a marine ecologist at Aix-Marseille University.

Some species of fish such as the barracuda could become more abundant in warming the northern Mediterranean waters, however.

Boudouresque said some species coming through the Suez Canal from the Red Sea could become problematic “within five to 10 years.”

These include the rhopilema – a herbivore jellyfish – and the rabbitfish, which Boudouresque described as “extremely greedy.”

Already abundant in the eastern Mediterranean, its appearance in western waters would threaten the algae forests that serve as nurseries for myriad varieties of fish.

As there is little governments can do once a marine heatwave takes hold, Von Schuckmann said the best course of action is to reduce the greenhouse gas emissions that contribute to warming.

“Even if we stopped emitting today, the oceans, which contain 90% of Earth’s heat, will continue to warm,” she said.

“Since at least 2003 (marine heatwaves) have become more common and in the future, they will last longer, cover more sea, and be more intense and severe,” said Von Schuckmann.

nextIstanbul Airport is Europe's busiest in June with 6M passengers