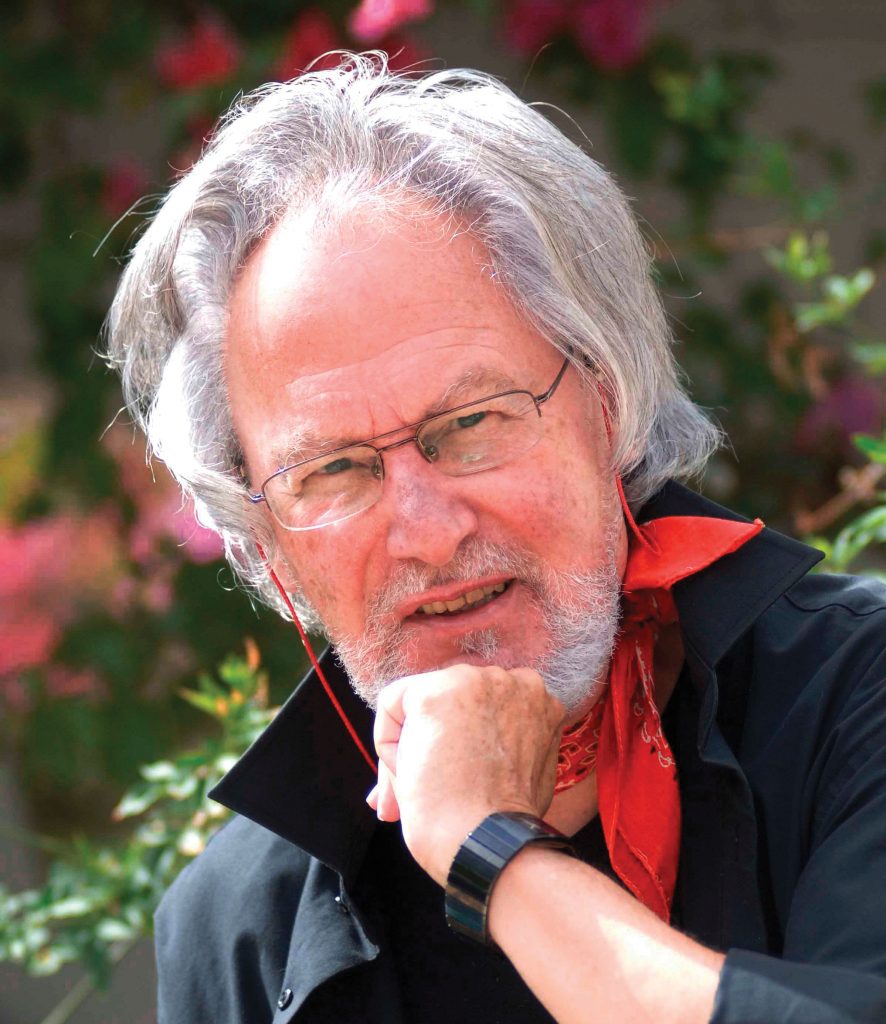 Architecture plays a vital role in the tourism and hospitality industry. It gives an identity to a destination. MS interviewed the renowned local architect, Richard England, to give us an insight into today’s architectural situation.

As an architect, writer, artist and academic, how would you define art? Does its definition differ from one medium to another for you?

Art for me would best be defined as the most vital essence of my life. My activities as architect, writer, poet, artist and academic all aim at enchantment and beautification utilising the various mediums.

How do you remain inspired and focused on projects, despite having various artistic outlets? Does having the variation help your mind

As stated above, all activities are not really that different since the end is common to all of them. Jorge Luis Borges’ dictum applies ‘my business is to weave dreams’.

If you had to pick one project that made you feel absolutely complete, which one would it be?

There are a number of projects which, if only to a certain extent, give me a sense of satisfaction. Among these, I would include the Church of St Joseph in Manikata, the rehabilitation of St James Cavalier Centre for Creativity in Valletta and the Dar il-Hanin Samaritan Meditation Garden in Santa Venera. The project which I hopefully will be most proud of would be my next one.

Which period in your views, did architecture flourish in Malta? Do you feel that today there is a decline in this? If so, why do you think so?

The two richest periods of architecture in Malta were the early Neolithic era and the time that the islands were occupied by the Order of the Knights of St John. In the former, architects were shamans, magicians and myth makers, in an era where the land had more meaning, while in the latter architectural practitioners embellished the environment and enchanted all who lived in it.

In our contemporary mechanistic fast life, there is definitely a decline. We live in an era where we know the price of everything and the value of nothing and architecture has degenerated into a speculative money-making activity in lieu of a search for excellence and beauty.

What do you think is the focus of today’s architect when it comes to their work, and how is it different to then – if it is?

Architecture, which was once a route to enchantment, has now become a road to speculation.

As a small teaser of the conference subject that you are to participate in at the Mediterranean BLUE, in your opinion from your own personal experience, how does one ‘keep healthy the goose which lays the golden egg’ in relation to architecture?

Regretfully, I do not think you can keep the goose healthy; at most you might just about have it surviving frailly. The process of tourism, unless very carefully controlled at its initial stages, transforms what was once an idyllic paradise into a rampant commercial money making ambiance. Very few places have survived the onslaught of mass tourism. I can think of Santorini with its rigid building codes which although harbouring extensive new development, the typology utilised successfully echoes the traditional vernacular architecture of the island thus limiting the visual impact. Lanzarote has also experienced a massive tourist boom but its new architecture, due to the inspirational guidelines of architect César Manrique, adheres in scale, materials and typology, to the indigenous architecture thus retaining the spirit of place of the island.

In many cases, what takes place is a transition from an original indigenous location, to one which forms part of an international global village typology with the total loss of the very ethos of the place. It remains difficult to find a solution to the problem of accommodating masses of people without committing environmental suicide and preserving the logos of their target areas. The problem focuses on ensuring that the new is woven delicately into the pattern of the existent in order to produce a sense of homogeneity and compatibility. This can only be achieved if architects practice not only as designers of the future, but also as defenders of the past. All too soon, the spirit of place which attracts tourists in the first place, is gradually metamorphosed into exactly what the tourists escape from. Only the most stringent of rules and regulations can produce a tourism which will not kill the goose that laid the golden egg.

nextWhy Is Tourism In The Mediterranean Flourishing?