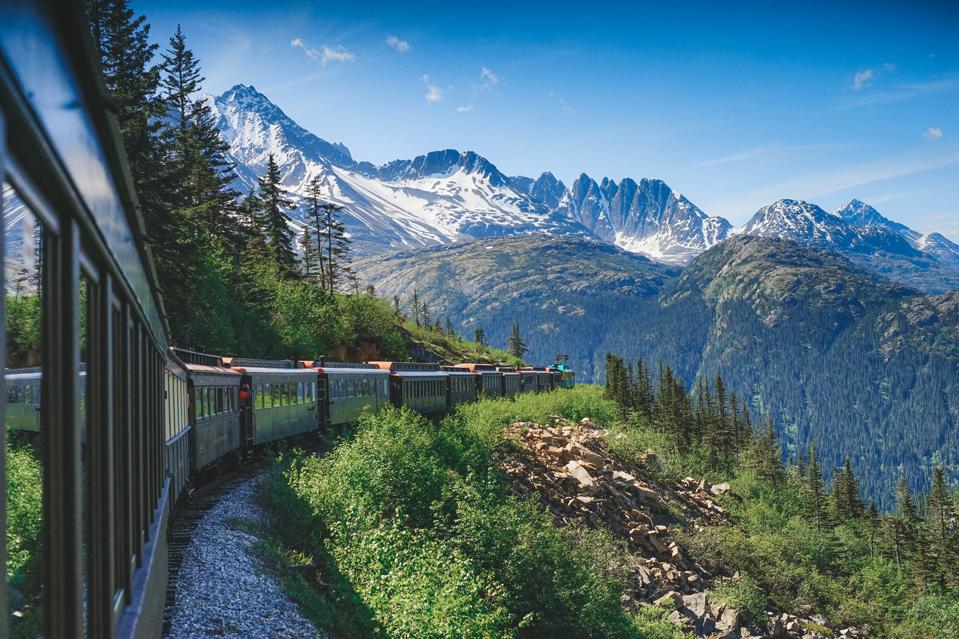 Launching in 2023 in honor of the 150th anniversary of the publication of Jules Verne’ Around the World in 80 Days, this epic trip journey across Europe, Central Asia and North America takes just under three months and requires no flying.

Specialist travel providers Undiscovered Destinations have just opened bookings for its 2023 Around the World in 80 Days private tour, inspired by the famous fictional journey of Phileas Fogg.

As a nod to Fogg’s intrepid fictional journey, high-speed trains and cargo ships will be the main forms of transportation used to circumnavigate the globe on this tour. The trip starts and ends in London and covers 12 countries [UK, France (transit only), Switzerland, Austria (transit only), Hungary (transit only), Ukraine, Russia, Kazakhstan, Uzbekistan, China, USA and Canada] and is broken down into three legs.

The first leg starts with a scenic train expedition from Western Europe into Central Asia and includes stops in Lviv and Moscow, before venturing into the ancient cities of the Silk Road, including Samarkand and Bukhara in Uzbekistan, and journeys through the steppes of Kazakhstan. From Kazakhstan, you’ll take the Sino-Soviet Peace Railway into China’s remote Xinjiang region, and within China, the journey includes stops in Xian, famed for the Terracotta Army of Qin Shi Huang, the first Emperor of China, and Beijing and Shanghai (via the world’s fastest passenger train, reaching speeds of 217 mph). The next leg of the journey is an incredible, 16-day crossing of the Pacific Ocean to the west coast of America via massive (140,000 gross tonnage) cargo ship. The vessel carries over 14,000 containers but only 12 guests (other than the crew). From Los Angeles, you’ll take Amtrak’s legendary Coast Starlight train and travel along the Pacific coast shoreline up through Northern California, Oregon and Washington. From there, you’ll venture into Canada and then travel across the Rockies from Vancouver to Toronto on a four-day scenic train ride. After stops in Toronto and Montreal, the tour offers one last train ride from Montreal to Halifax, Nova Scotia, on Via Rail’s Ocean sleeper service.

The final leg of the journey includes an eight-day Atlantic Ocean crossing on another cargo vessel into Liverpool, UK, or if you want to arrive back to Europe in style, you can choose to hop aboard Cunard’s flagship, Queen Mary 2 from New York to Southampton, UK. Fares begin at $24,630 per person. For more information on the 2023 Around the World in 80 Days tour, visit Undiscovered Destinations.