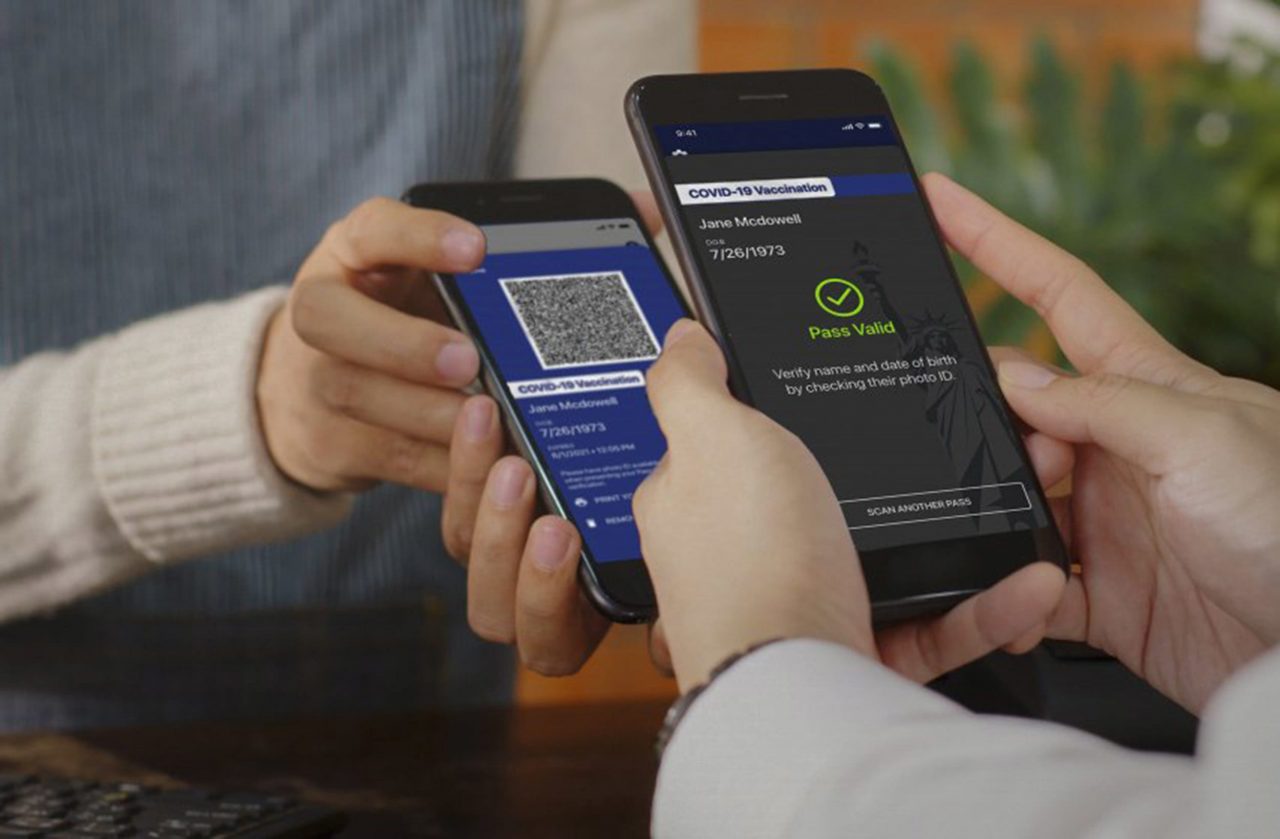 The EU is expected to approve the use of ‘vaccine passports’ to enable entry into Europe.

The UK is set to be included on an expanded green list allowing holiday travel from non-EU countries with COVID infection rates below 100 cases per 100,000 of the population rather than the current 25 per 100,000.

The EU-wide move is designed to kick-start the summer holiday season for the whole continent and agree a united position.

A European Commission proposal calling for travel restrictions on non-EU countries with high vaccination rates to be lifted is due to be debated by EU ambassadors tomorrow (Wednesday).

The decision will be formally adopted at a EU trade ministers council on Thursday if agreed, The Telegraph reported.

The bloc’s green list is currently restricted to seven of the lowest-risk countries including Australia, New Zealand and Singapore – but the UK, with 44 cases per 100,000 people, and the US, at 35 per 100,000, are now expected to be added.

Member states will also be recommended to set up digital portals that will enable British travellers to use the NHS app as a vaccine passport as the EU develops a similar green certificate.

Those who are not vaccinated will have to present a negative COVID test or evidence of immunity.

But it would create a system that would see the rest of the bloc accept passengers based on vaccination status while the UK has yet to reciprocate and instead requires testing or quarantine for all returning holidaymakers.

The development came as British Airways chief executive and his Heathrow counterpart John Holland-Kaye warned that the UK’s limited green list under the government‘s new traffic light system for reopening overseas travel from yesterday meant it risked missing out on the opening of travel across Europe despite the success of the vaccination rollout.

They made a joint plea to ministers to publish an advance list of green list countries for the summer to enable families to plan holidays.

Holland-Kaye said: “We are calling on the government to help people to plan ahead by publishing a list of countries expected to be on the ‘Green list’ for the summer so that passengers are not faced with high prices and limited choices for last-minute bookings.

He added: “In Europe, many countries are seeing reduced infection rates as their vaccination levels rise. Spain, Greece, Cyprus, Malta, France and Germany are making tremendous progress. We expect them to be added to the green list soon and certainly in time for the summer holiday season.

“This is now becoming urgent. Companies rely on the profits they make in the summer to see them through the rest of the year. If there is no getaway in July and August, many companies will not make it to next year.”

Doyle said: “We’re mindful of the clarity being sought right now about the Indian variant. And we’re not here today to advocate for a wholesale return to unrestricted travel.”

All European countries, with the exception of Portugal, Gibraltar and Iceland, are rated amber, requiring travellers to quarantine and take two PCR tests on their return.

But many holidaymakers defied government warnings that they should not travel to amber countries such as Greece and Spain as the foreign travel ban was lifted.

Their demand came as health secretary Matt Hancock reiterated that holidaymakers should avoid amber nations other than for “exceptional reasons”, even though it is legal to do so under the traffic light system.

But Commons transport committee chairman Huw Merriman MP accused him of “effectively turning the ‘amber list’ into the ‘red list’” and added: “What is the point in me having my passport any more?”

Doyle said he was “surprised” by Hancock’s “excessive” warning, while easyJet chief executive Johan Lundgren said the latest data suggested most of Europe “could actually already from right now go on to that ‘Green list’ of categories”.

The BA boss said: “The UK government is also allowing Britons to travel abroad and use their NHS vaccination data to provide proof of vaccination, enabling them to secure frictionless entry from green list countries.

“We need to see the same process set up and match for people coming into the UK. With the government moving away from the strict testing requirements for fully vaccinated people travelling from green list countries.

“The EU is already pushing ahead with a digital green certificate, and crucially is offering this to non-EU passengers from the start. So the UK needs to keep pace with you or otherwise we run the risk of missing out.” nextSecond Costa ship returns to service in the Med