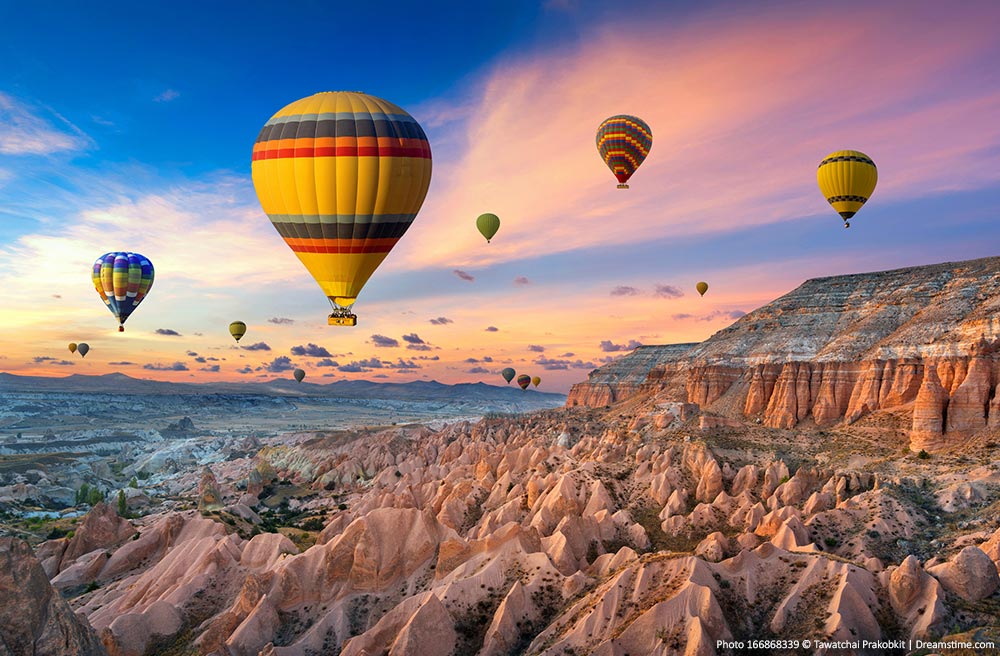 The United Nations Development Program (UNDP) and a leading Turkish travel and leisure agency, Jolly, are spearheading sustainable tourism routes in Turkey as the COVID-19 pandemic leads more vacationers to opt for alternatives such as caravanning and ecotourism.

Speaking exclusively to Anadolu Agency (AA), Mustafa Ali Yurdupak, the inclusive and sustainable growth portfolio manager at the UNDP Turkey, said, “We will work on blazing the way for sustainable tourism routes under the medium-term goals of the ‘Mirasım Türkiye’ campaign.”

The Mirasım Türkiye (My Heritage Turkey) campaign, launched by Jolly nearly three years ago, aims to help preserve Turkey’s rich heritage and pass it down to future generations.

The project is seeking out alternatives to beach-based tourism that will also help benefit local economies, Yurdupak explained.

“We will work on (figuring out) when we take a tour group, how can a route including several legs be put together? Which geographic areas should be prioritized?” he added.

The campaign’s short-term goal is using digital tools to build an understanding of “responsible tourism” among children and their families, he underlined.

In the long run, the campaign aims to strengthen the institutional capacity of tourism agencies with the goal of sustainability and to launch special efforts toward these sustainable tourism routes, he noted.

These efforts will raise awareness among tourists, identify areas for development and develop steps to be taken, he said.

The UNDP says the project will be an incubator for scaled-up projects to be developed with the help of partners such as the government and relevant nongovernmental organizations (NGOs), Yurdupak explained.

Noting that UNDP Turkey has already been carrying out projects in the field of tourism, he said: “With this accumulated experience and know-how, our familiarity with implementation partners, and an international pool of experts, the UNDP is the right partner for any business or NGO that wants to operate in the field of sustainable tourism.”

“Turkey’s second advantage is the enormous diversity of Anatolia,” he explained, referring to the vast geography of Turkey, ranging from snowy peaks to coastal plains and challenging canyons, with everything in between.

“In other words, this is a country where an incredible number of alternatives can be created for ecotourism, for sustainable tourism destinations.”

Mert Vardar, the CEO of Jolly, said the campaign aims to raise awareness of sustainable tourism amid a rising population, the erosion of traditional cultural heritage and advancing climate change.

Later, the project will convey the awareness of sustainable tourism for the interlinked value chain of tourism such as cruises, transport companies, hotels and travel agencies, he stressed.

“We started drafting how to create child-friendly routes in several regions with the UNDP,” he noted, adding that these will be unveiled in the coming years.

Yasemin Develioğlu, Jolly’s marketing director, said their agency has been working to promote Turkey’s natural, historical and cultural treasures, such as handicrafts, that are in danger of being lost.

“This year, our cooperation with the UNDP will ensure that natural and cultural values are preserved and passed down to future generations,” she said.

In particular, boosting children’s awareness of the field of sustainable tourism will change families’ awareness of sustainability issues, and in turn, society’s way of looking at things, she explained.

She added that having maps, videos and other educational content aimed at child travelers have already been posted on the mirasimturkiye.com website.