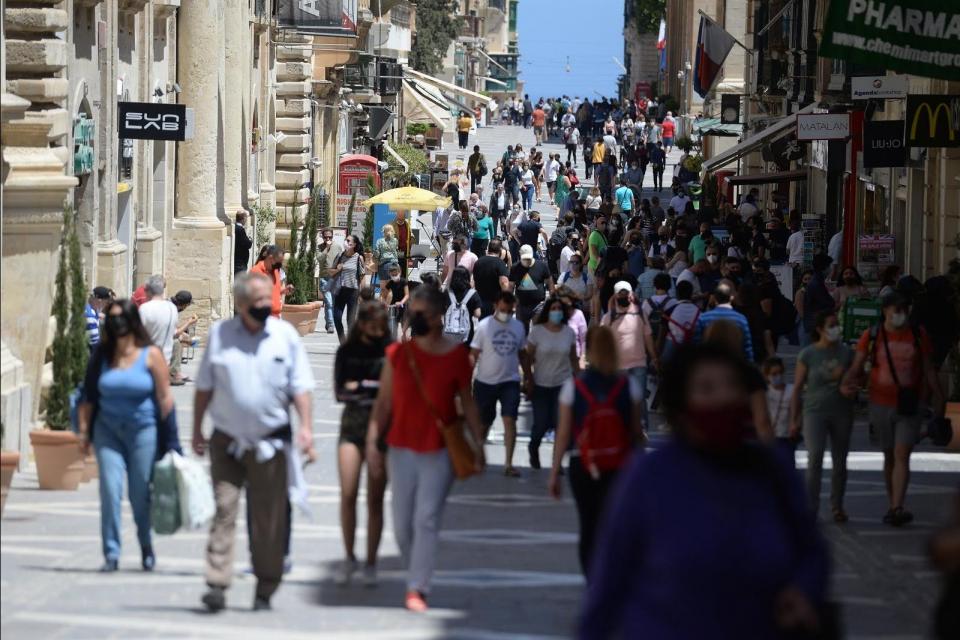 From Monday 27 December up to Monday 17 January;

Two Omicron coronavirus variant cases were recorded in Malta, Deputy Prime Minister and Minister for Health Dr Chris Fearne announced. Addressing a press conference on Thursday morning alongside Superintendent for Public Health Prof Charmaine Gauci, Dr Fearne said although hospitalisations and people in intensive care were under control, “we need to be cautious.”

He said that although Omicron was highly transmissible, the booster jab offers sufficient protection from the variant and announced that Malta is well placed to keep it under control.

Fearne said that 41% of adults so far have received a booster dose and as of Monday adults over the age of 18 can register online for the booster jab.

“We have great trust in the booster,” Fearne said, as he warned that the Omicron will be the predominant variant of Covid in Malta in the coming weeks.

From 17 January, the vaccine certificate will include the booster jab, meaning whoever has taken two jabs will be given three months to get a booster jab in order to have a valid certificate.

The certificate, used to travel and access certain venues, will be then valid for nine months once the booster jab is taken.

Fearne said that from 17 January, bars, snack bars, restaurants, gyms, spas, casinos and bingo halls, theatres and cinemas, and sporting venues can only be accessed with valid vaccine certificates.

People under 18 who so far cannot take a booster, will have their certificates valid for 12 months.

From Monday 27 December to Monday 17 January, all events can only take place with seated attendees. Moreover, catering establishments cannot remain open beyond 1am until 17 January, and sport events will be held behind closed doors until then.

Fearne also announced that visiting hours at Mater Dei Hospital will be restricted but elderly care residences will not be impacted given that all residents have taken a booster jab.

He added that by the time schools reopen in January, government is aiming to have all children aged between 5 and 11 vaccinated.

She also said that over 7,000 swab tests were carried out on Wednesday alone.

Gauci explained that 23% related to social activities as well as a high number from home gatherings and workplaces where social distancing and mask-wearing were not being enforced.

The superintendent also revealed that 6,500 people are currently in quarantine, including people who tested positive, contacts, and people who came from red zone countries.

Malta is currently dealing with a new wave of Covid-19 as several medical associations are calling for stricter measures to be introduced in the hopes of stemming a spike in Covid-19 cases.

On Wednesday, Fearne dispelled rumours on Gauci’s alleged resignation as Malta registered 582 coronavirus cases, the highest daily tally ever recorded to date since the pandemic began.

Public health consultant Tanya Melillo warned that Mater Dei Hospital was reaching its breaking point, as she added that numbers are expected to surge in the coming days.

However, Fearne played down the hospital alarm raised by some experts, saying it was under control with 53 virus cases being treated and three in intensive care. Those in ITU are in their late 50s, he added.