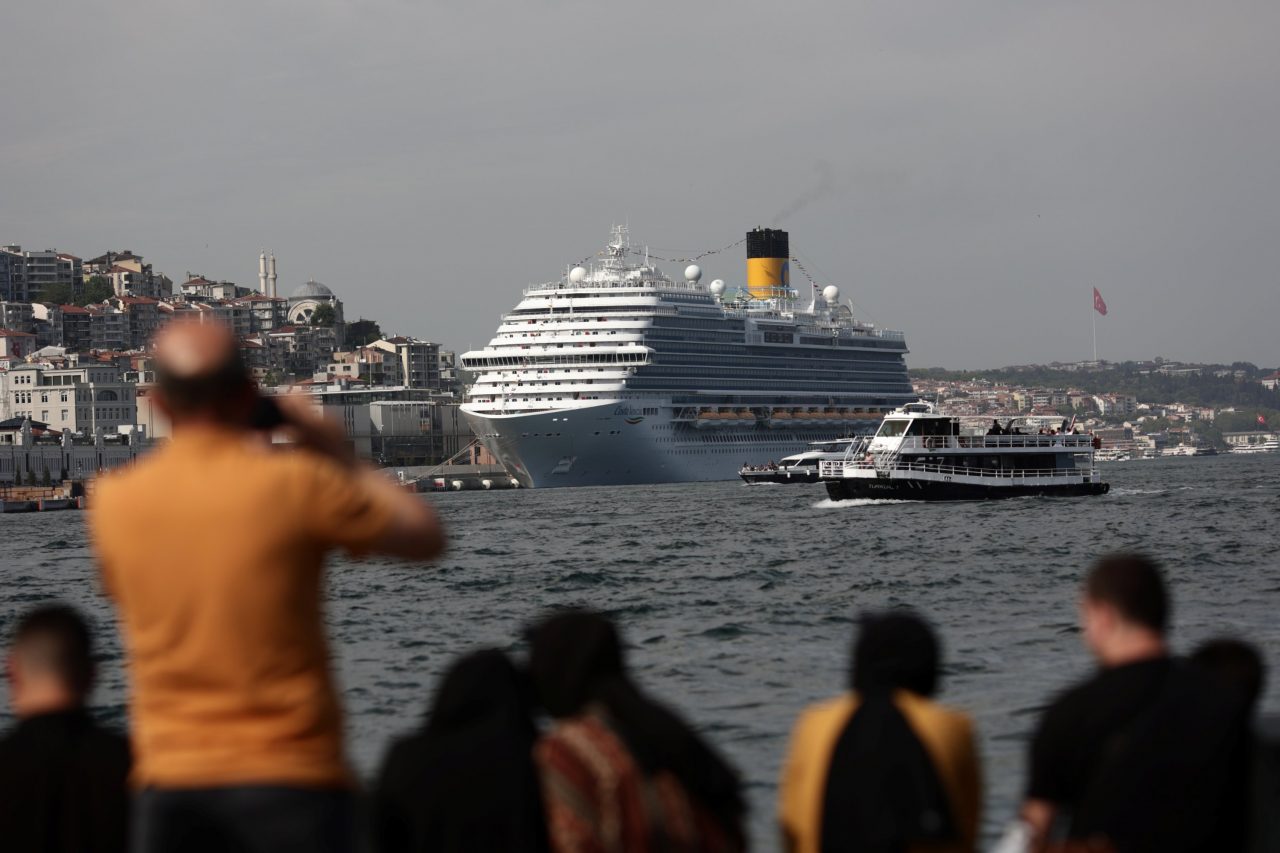 The number of cruise passengers arriving in Türkiye exceeded the 1 million mark in 2022, a senior official said Thursday, marking the crucial industry’s complete rebound from the fallout of the pandemic.

Some 991 cruise ships docked at Turkish ports throughout last year, increasing more than 12 times compared to just 78 that arrived in 2021, Transport and Infrastructure Minister Adil Karaismailoğlu said in a statement.

The number of cruise passengers reached more than 1 million, Karaismailoğlu said, increasing 22 times versus 45,362 who arrived in the previous year.

The minister stressed that more cruise ships docked at Turkish ports in October alone than in the entire year 2021. He added that 206,484 passengers were brought in by 155 cruise ships in October – the month when the year’s highest number of passengers came onboard.

The minister said that Kuşadası on the country’s Western shores hosted the most cruise ships at 464 and 493,834 passengers last year. Some 143 ships docked at Istanbul’s Galataport – chosen as the port of the year that hosted about 220,082 passengers.

Galataport is set to inject a shot in the arm of the crucial tourism industry that has been plagued by the coronavirus pandemic and is expected to energize cruise travel from the Mediterranean Sea to the Black Sea.

The port has a goal of welcoming 25 million visitors per year, including 1.5 million cruise passengers.

Noting that the ports of Amasra and Ünye on the Black Sea hosted cruise ships for the first time, Karaismailoğlu said: “In 2022, a total of 7,906 passengers arrived in Sinop with 14 cruise ships.”

Some eight ships also docked at Amasra Port, with a total of 4,905 passengers, the minister informed.

“We will continue to invest in the development of cruise tourism,” Karaismailoğlu added.

previous‘Cholera may spread further in Syria if border crossing closed’