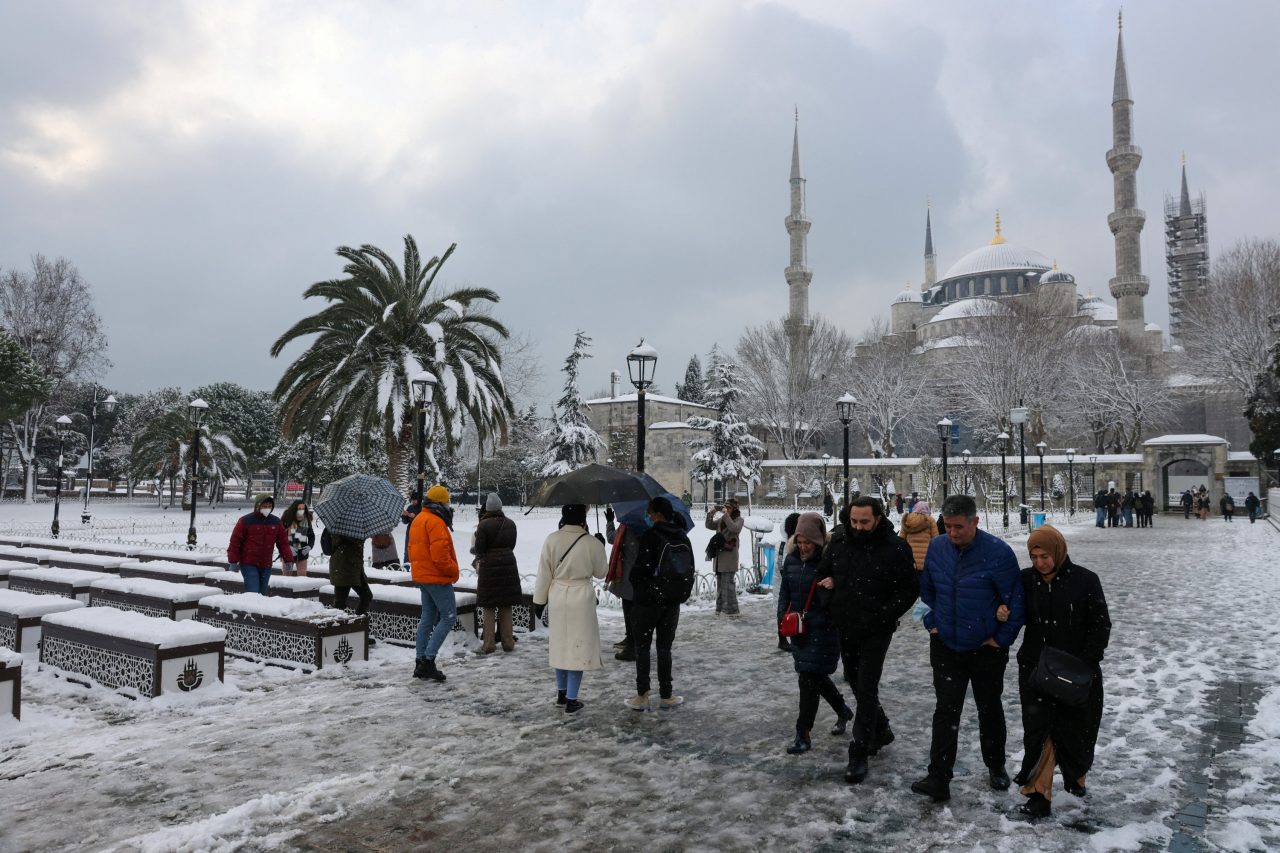 Revenues climbed 103% to nearly $25 billion in 2021, the Turkish Statistical Institute (TurkStat) data showed. The figure was still well off the all-time high of $34.5 billion set in 2019, prior to the outbreak of the pandemic.

In the fourth quarter, the tourism income rose 95% to $7.6 billion, only 3% below the level in October-December 2019 – the last quarter before the coronavirus began having an impact.

The number of visitors, including Turkish nationals living abroad, jumped more than 88% to over 30 million in 2021, separate data by the Culture and Tourism Ministry showed on Monday.

Russia topped the list among countries as nearly 4.7 million of its nationals arrived in Turkey from January through December last year, the data showed. The figure leaped more than 120.5% year-over-year.

Russians were followed by nearly 3.1 million visitors from Germany, marking a 175.7% year-over-year increase, and over 2 million tourists from Ukraine, up 106.5% from a year ago.

On a monthly basis, foreign arrivals jumped over 170.6% year-over-year in December to 1.89 million, the ministry said.

Frequent visitors of Turkey’s north-western Edirne province, tourists from Bulgaria topped the list last month. Some 265,929 Bulgarians, up over 160% year-over-year, arrived in December, followed by 188,146 visitors from Germany, an increase of around 299%, and 151,687 tourists from Iran, marking a more than 350% surge from a year ago.