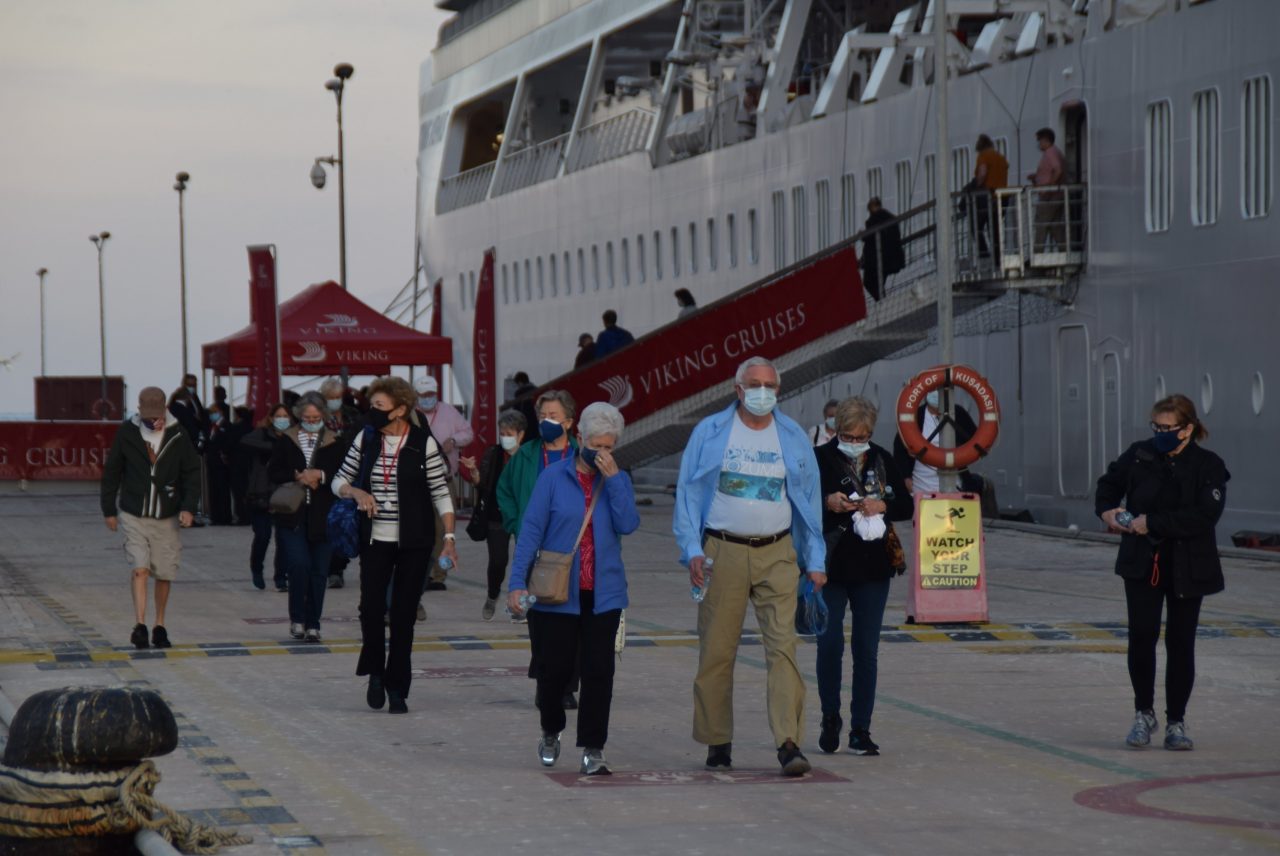 Turkey’s Aegean resort town of Kuşadası welcomed two more cruise ships on Saturday, with dockings gaining pace as the tourism industry claws back from the impact of the COVID-19 pandemic.

Norway-flagged Viking Sea and Viking Venus docked at Ege Port, known for hosting the highest number of cruisers annually, and brought in around 1,200 passengers.

With mostly American tourists on board, the passengers boarded the buses to take them to the historic settlement of Ephesus and Meryemana House (House of the Virgin Mary) in the Selçuk district of Izmir, a western Turkish city where the assumption, or bodily ascent, of the Virgin Mary to heaven is believed to have taken place.

Local businesses had much to celebrate with the influx of tourists in Kuşadası, the main tourist hotspot in the western Turkish province of Aydın, after it welcomed its first cruise ship in September after a 16-month pause due to pandemic restrictions. Many giant vessels followed especially after Greece opened its sea borders. “Some 15 more cruise ships are expected to arrive before the year-end,” Güngör told reporters.

Kuşadası is expected to allow a record number of giant vessels to dock next year, and Güngör said at least 500 cruisers are planned to dock at Ege Port throughout 2022.

Meanwhile, Turkey is soon going to launch a mega port project tailored for Istanbul. Galataport is expected to see the first ship anchor at its shores in the coming period, opening a new era for the metropolis’ tourism industry as it aims to become one of the top cruise destinations.

Located on the shore of Istanbul’s Karaköy district, the giant project will have the potential to welcome as many as 25 million visitors, 7 million tourists and 1.5 million cruise passengers.

One of the world’s largest coastal projects, Galataport is jointly built by Turkey’s Doğuş Group and Bilgili Holding with an investment of $1.7 billion (TL 16.9 billion).