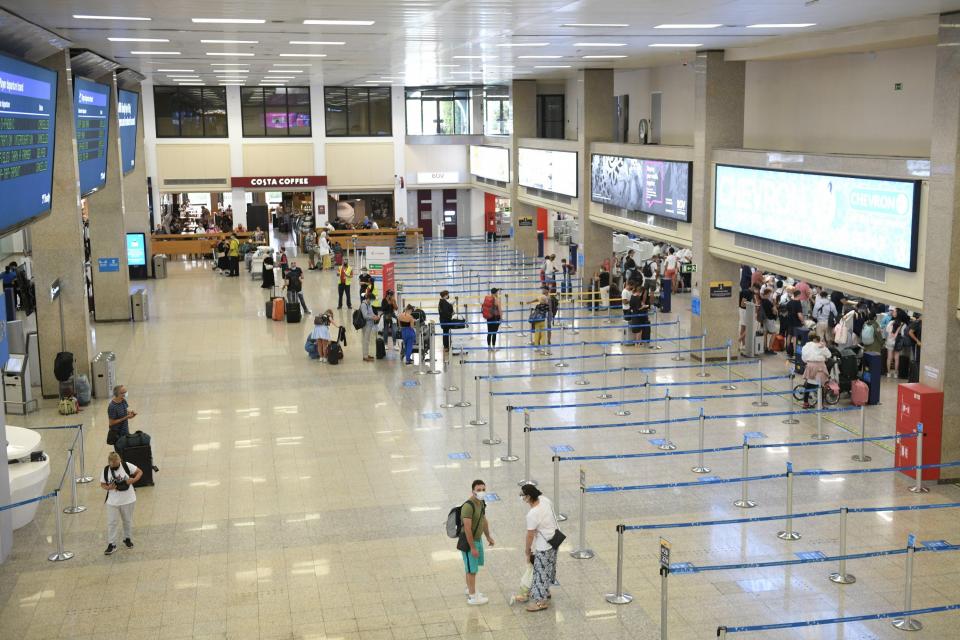 Holiday and business trips abroad picked up in the third quarter of the year when compared to 2020 but remained well below pre-pandemic levels, official statistics have shown.

The number of outgoing trips between July and September topped 122,000, National Statistics Office data released on Monday showed. That figure was more than double the 51,855 outbound trips registered in the third quarter of 2020 but significantly lower than the 208,206 logged in that period of 2019.

The vast majority of that shortfall came from a shortage of outbound holidaymakers, with business and professional travel also down.

On the other hand, the pandemic did not deter people from making trips abroad to visit relatives and friends: a total of 41,986 such trips were registered between July and September, topping the 39,077 figure registered in 2019.

Just over half the outbound tourists between July and September of this year were aged between 25 and 44 (50.1 per cent), followed by those within the 45-64 age bracket (26.6 per cent)

Italy remained the most popular destination, with a share of 41.9 per cent of total tourist trips.

The average outbound stay lasted for 8.6 nights, with tourists spending around €807 per person during their holidays abroad. That figure was higher than the €680 each tourist spent on average in 2020, but still significantly lower than the almost €1,100 each outbound tourist was spending in 2014 and 2015. Overseas travel has been heavily conditioned since March 2020 by the COVID-19 pandemic, which led several countries to restrict travel for extended periods of time and introduce strict requirements when travel resumed.

Malta’s travel rules are among the most stringent in Europe, with all incoming travellers, including residents returning from abroad, having to show proof of vaccination to avoid 14 days of mandatory quarantine.

When looking at the first nine months of 2021, data showed that total outbound tourist trips between January and September 2021 numbered 179,847, an increase of 7.4 per cent over 2020.